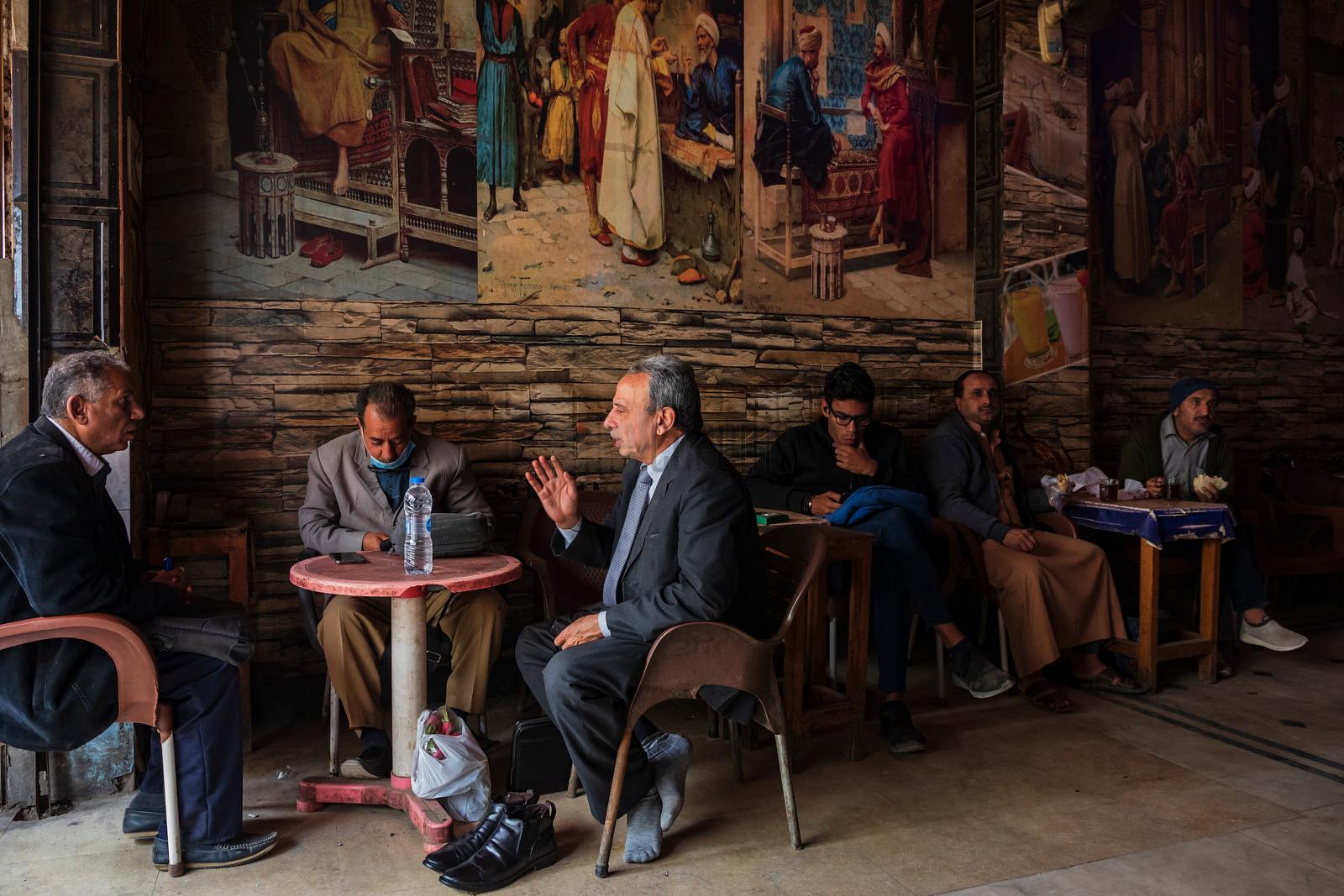 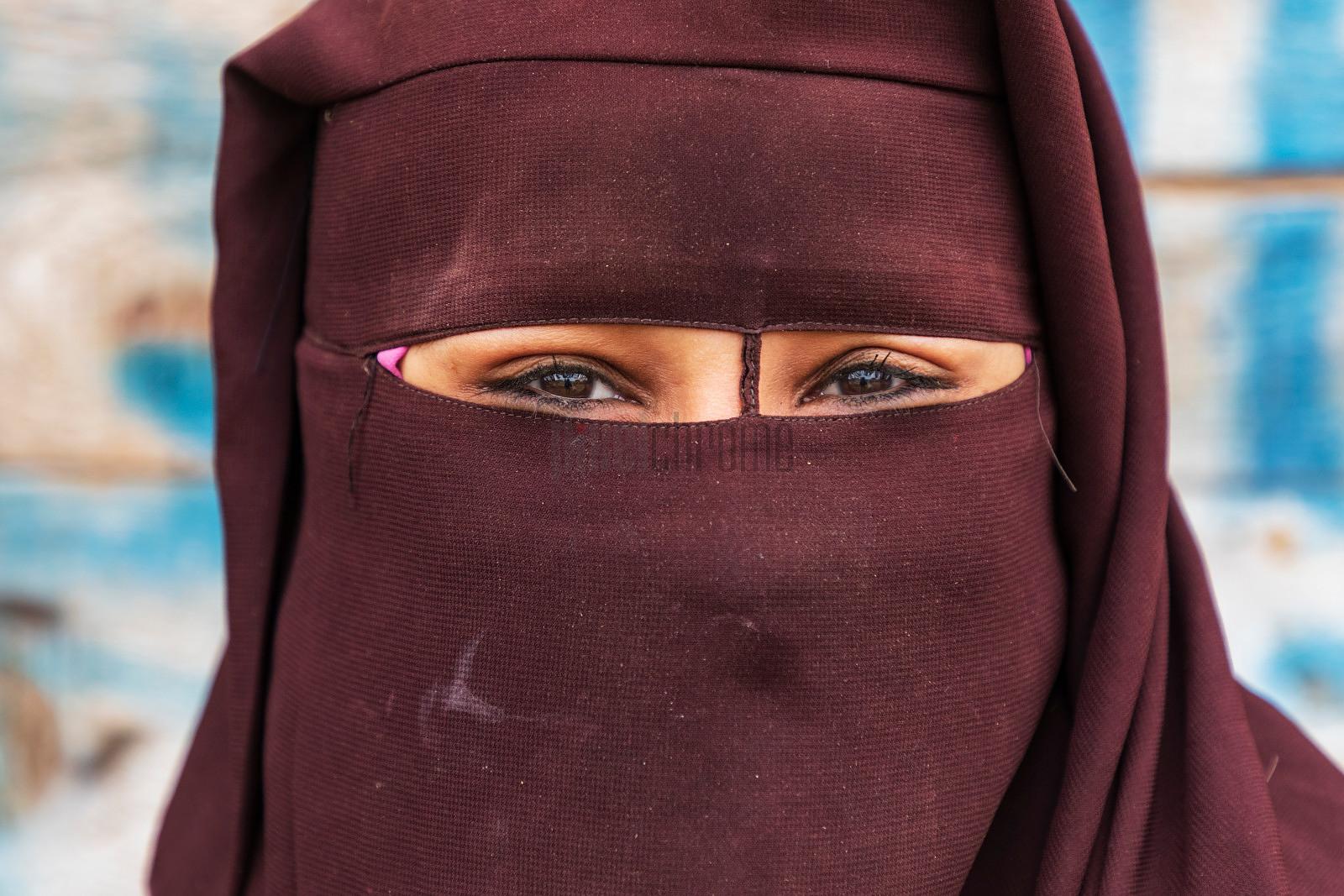 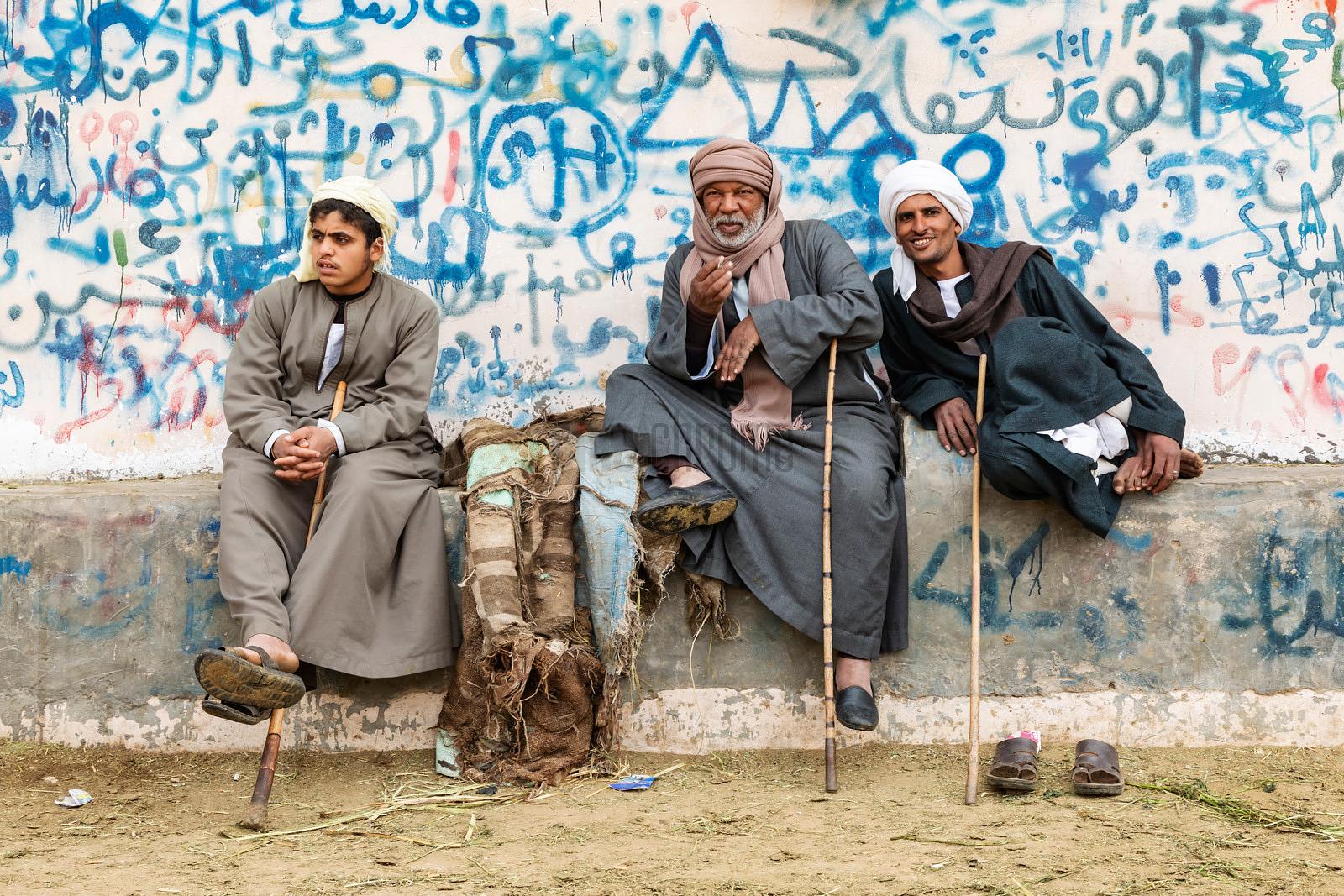 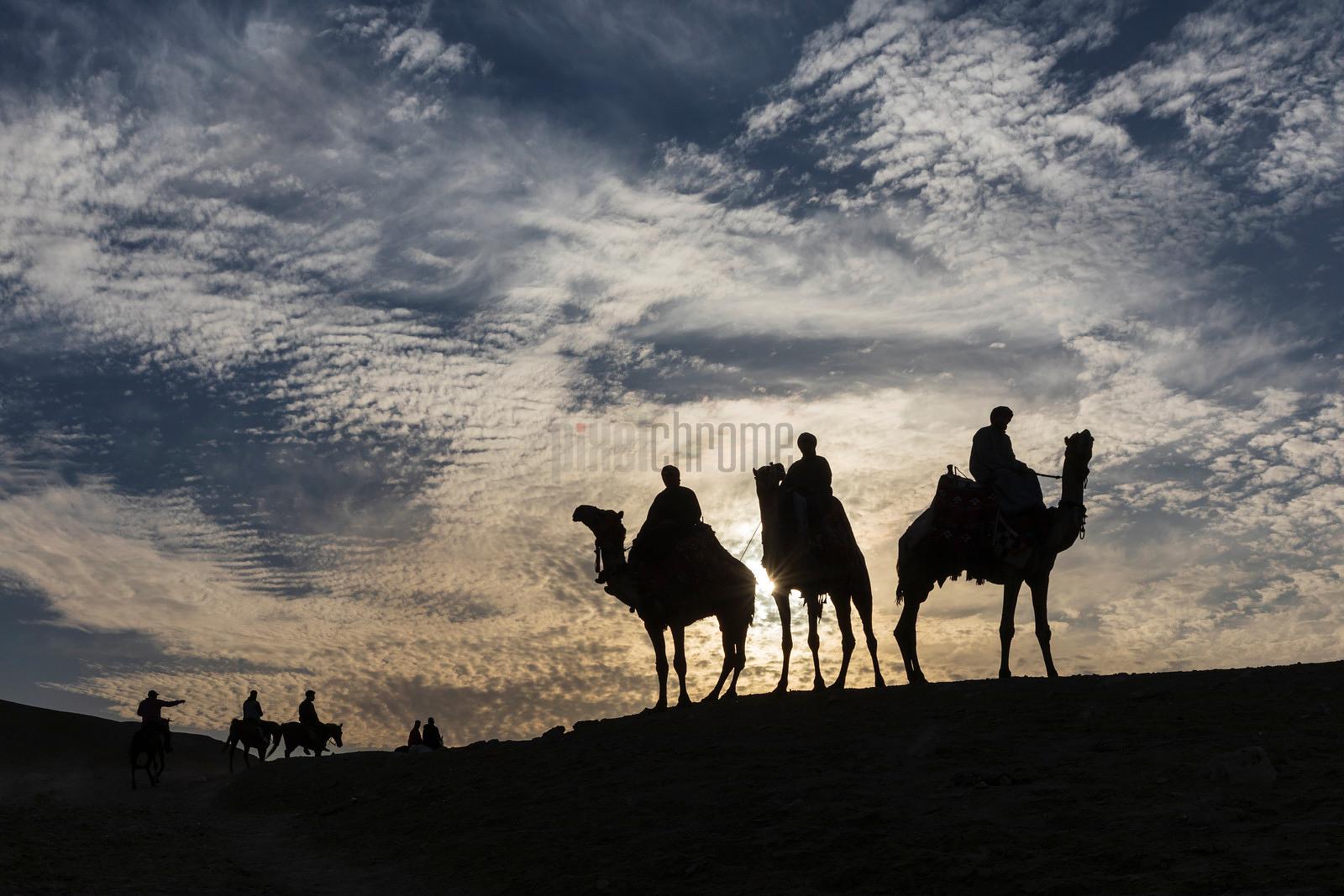 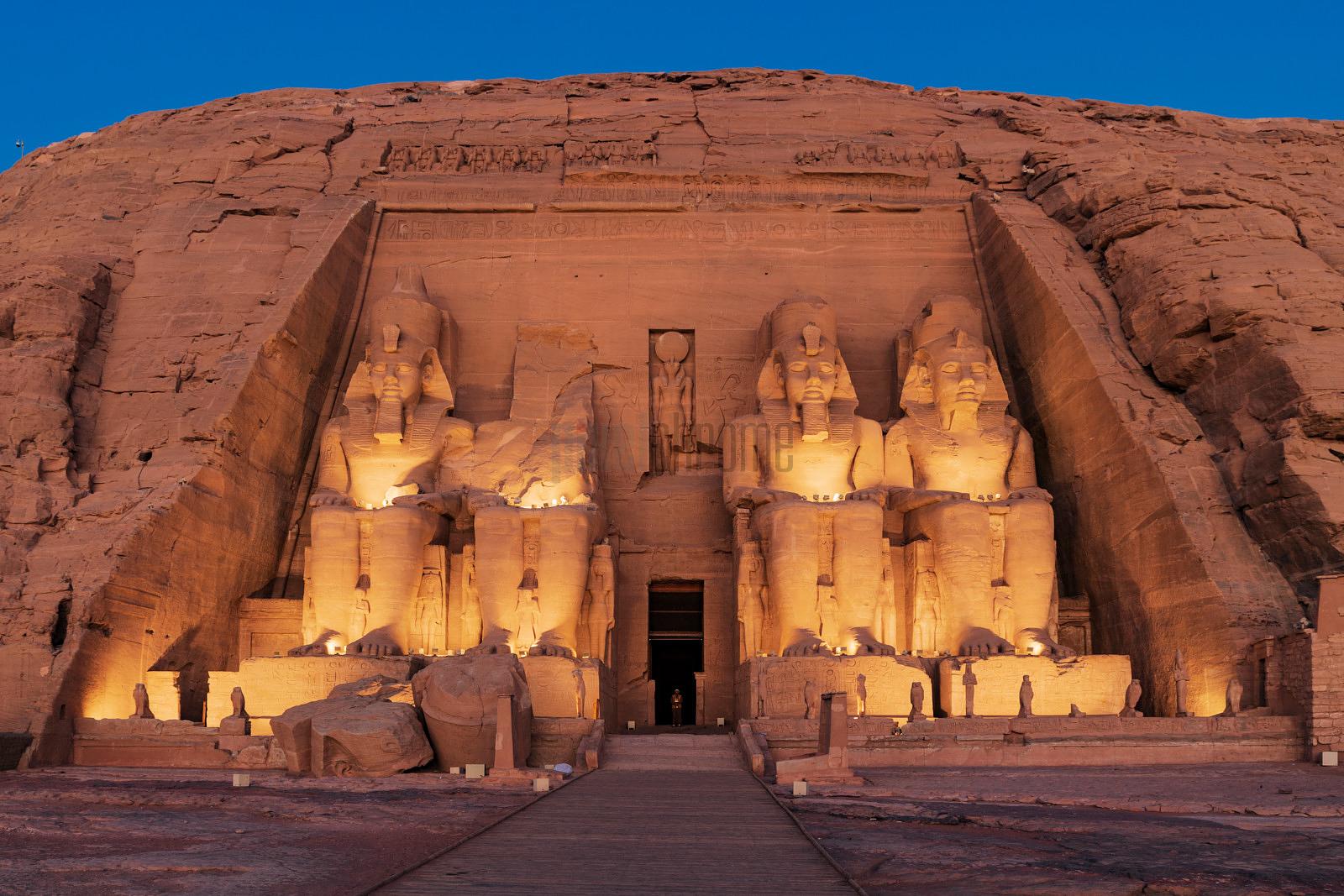 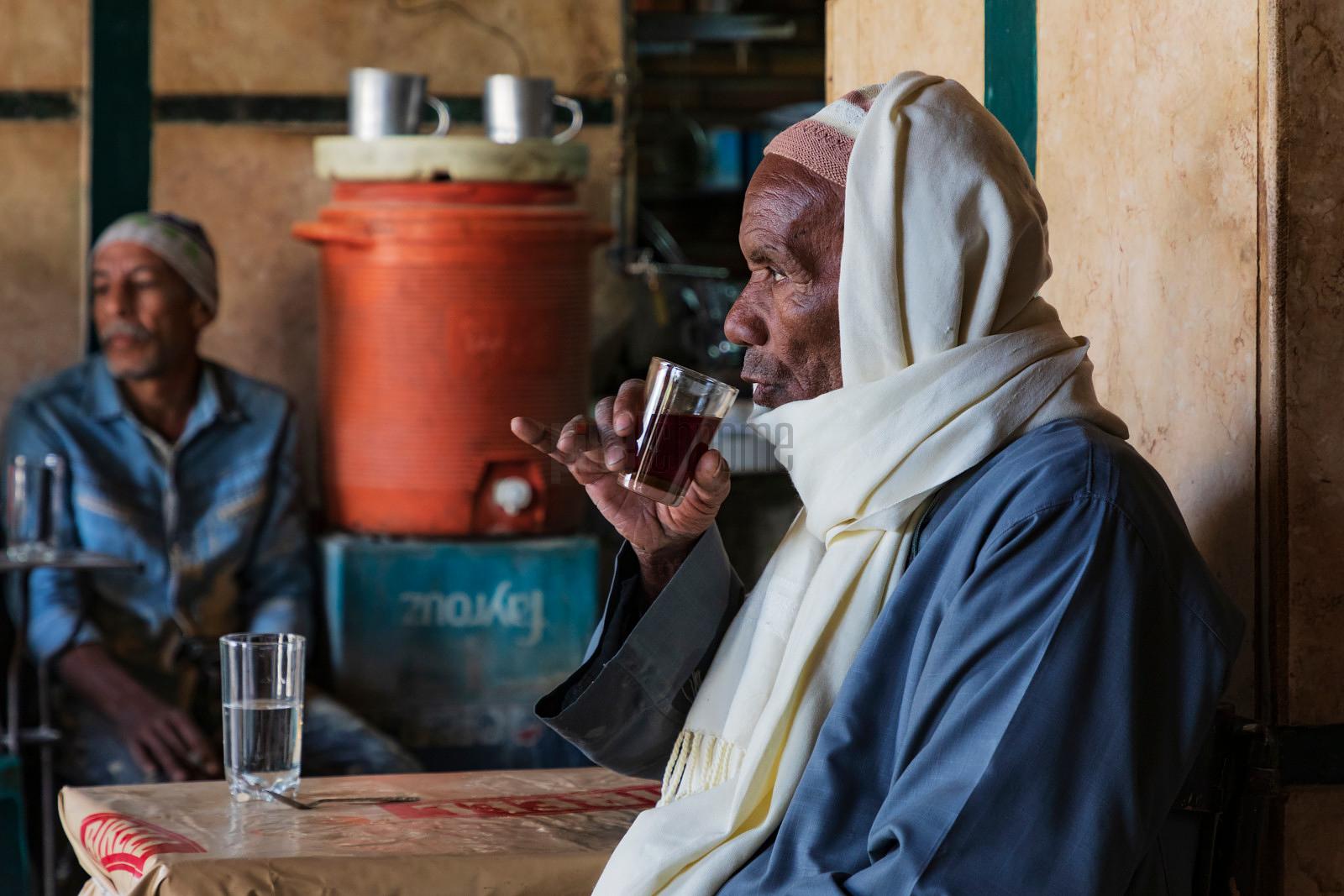 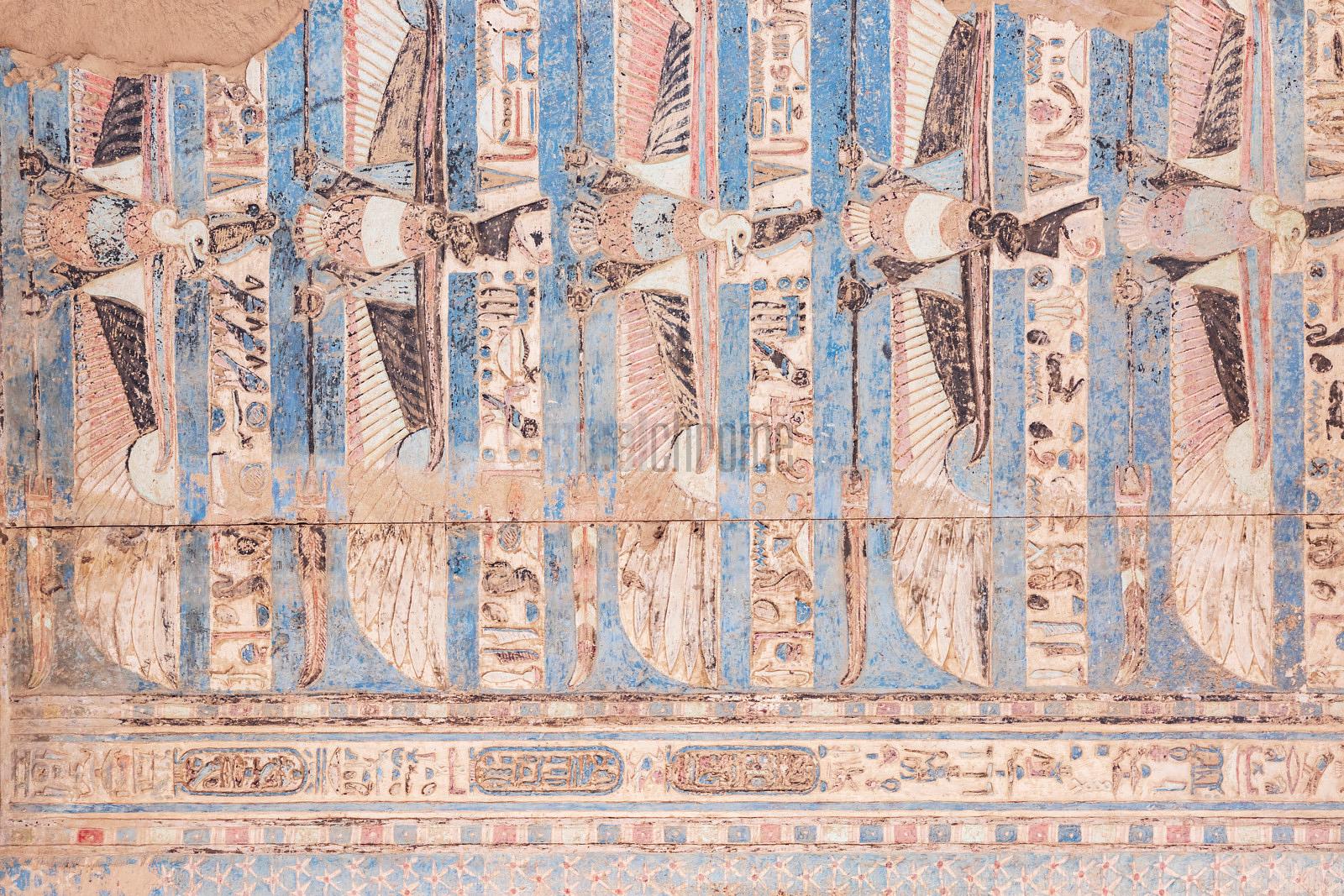 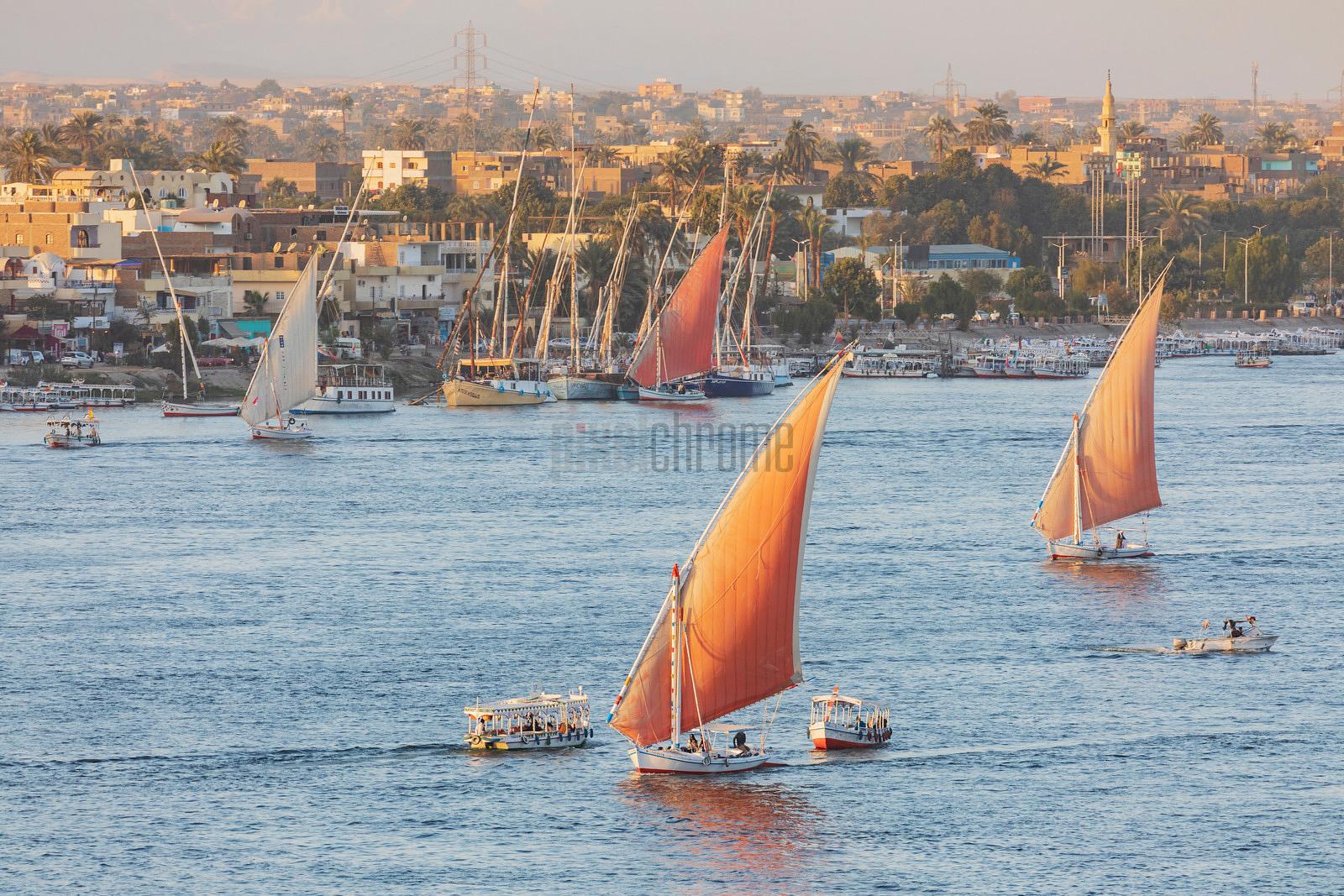 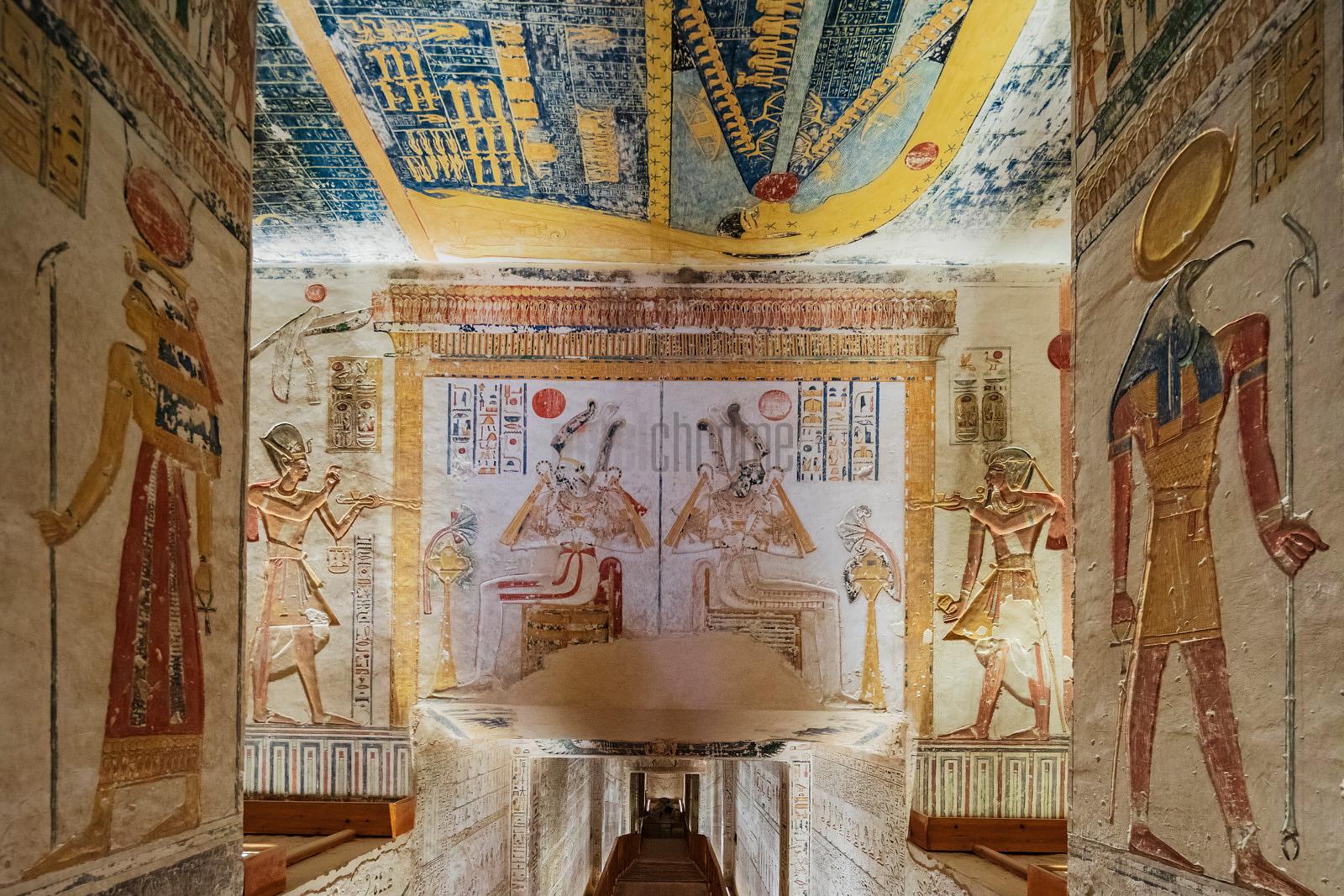 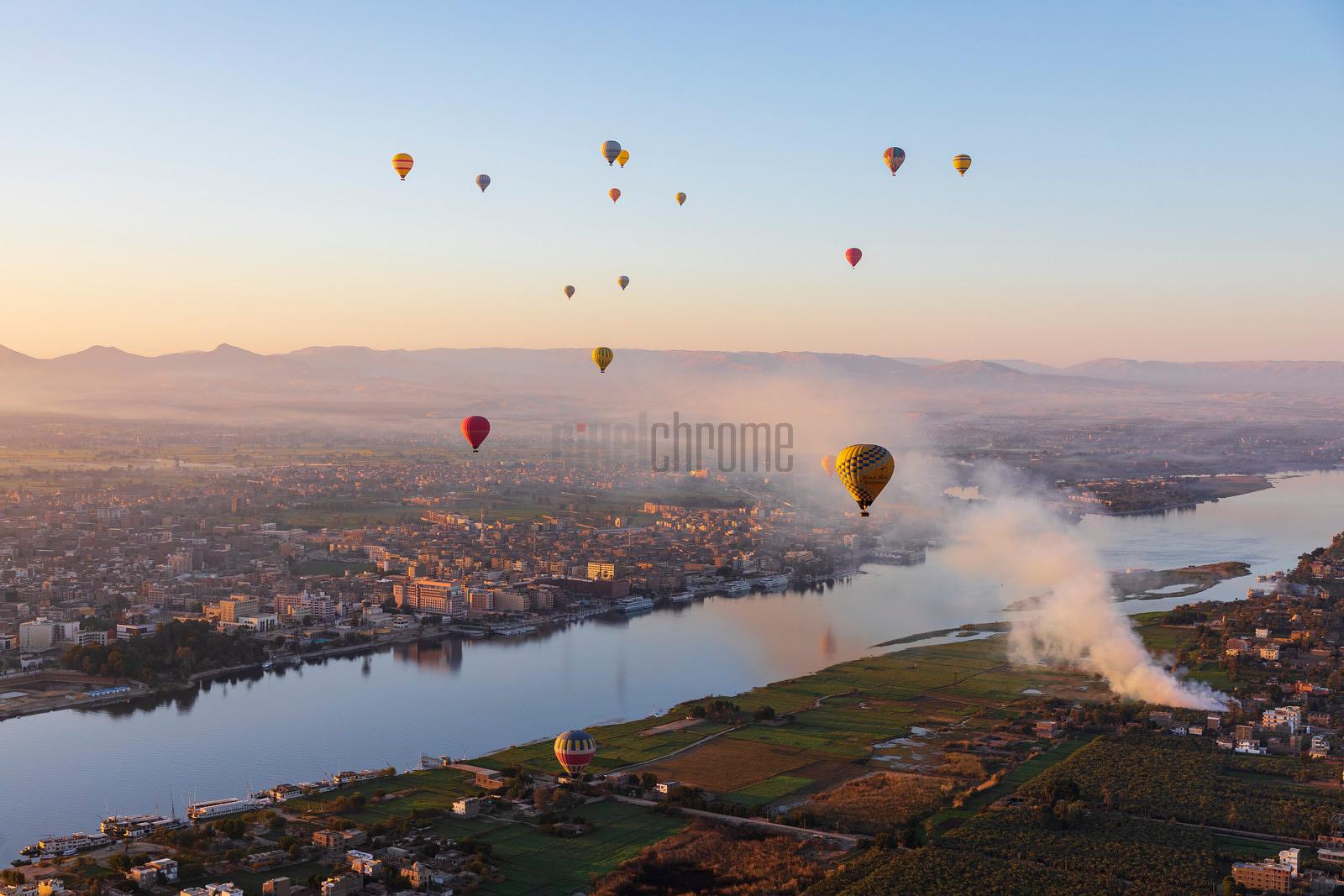 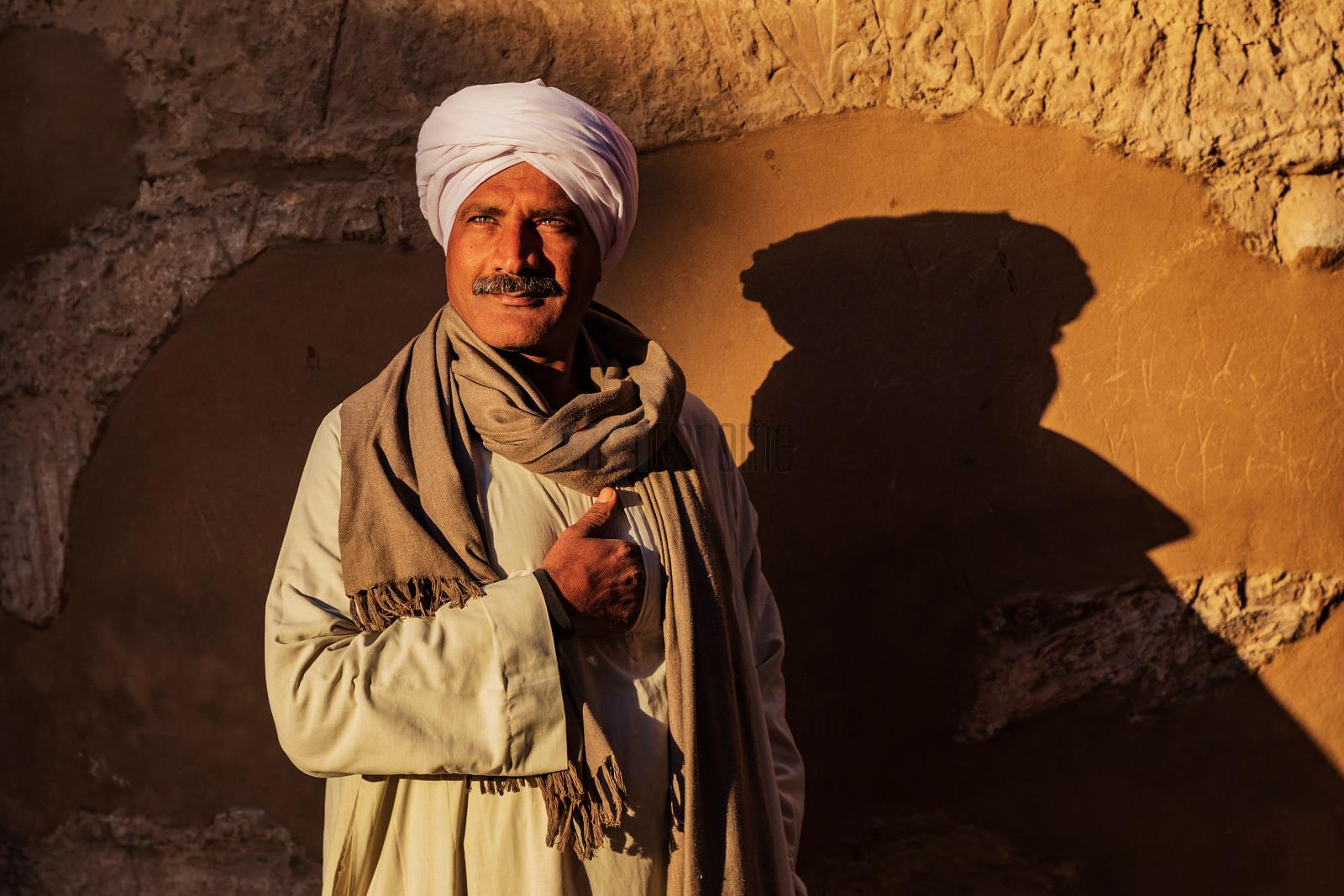 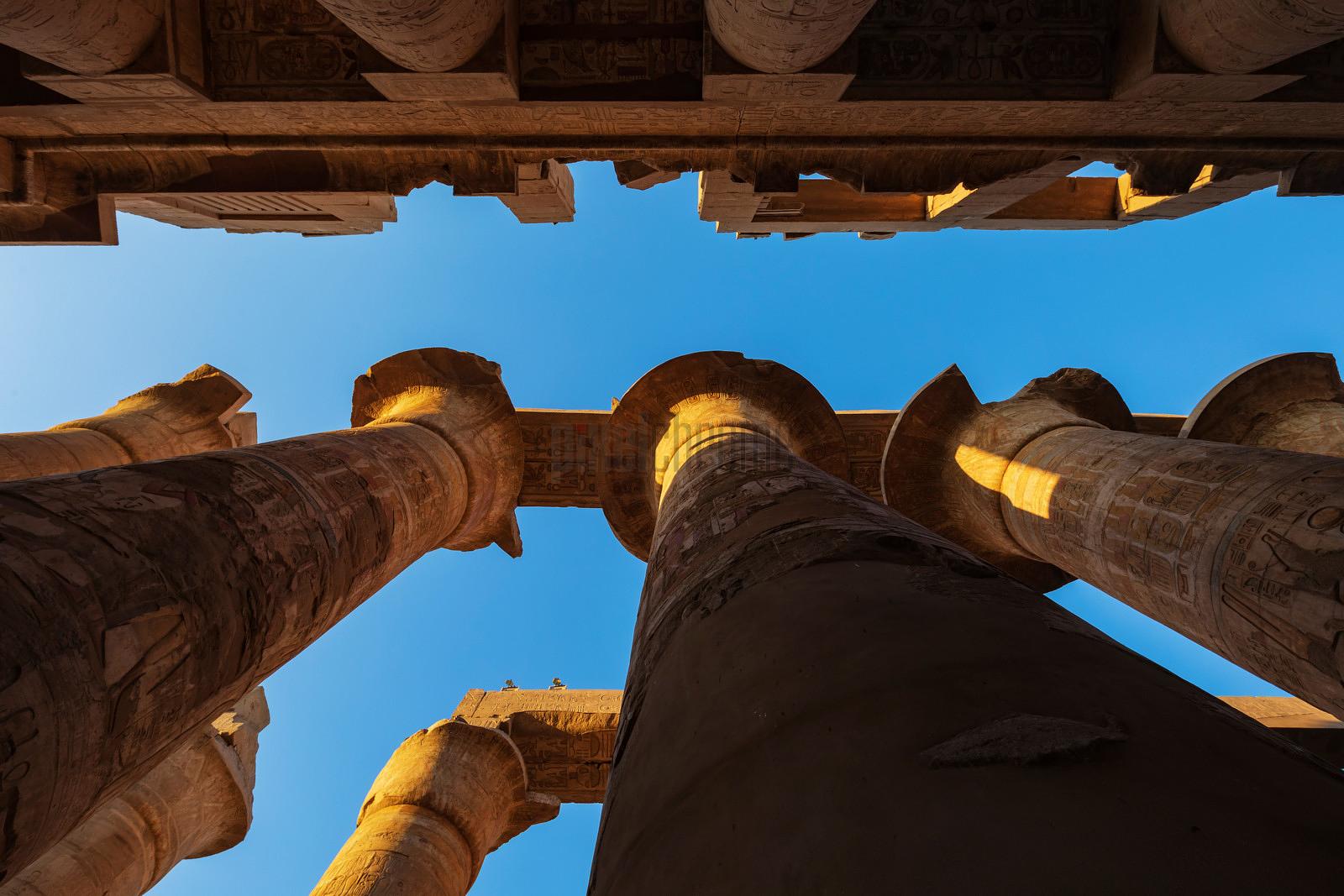 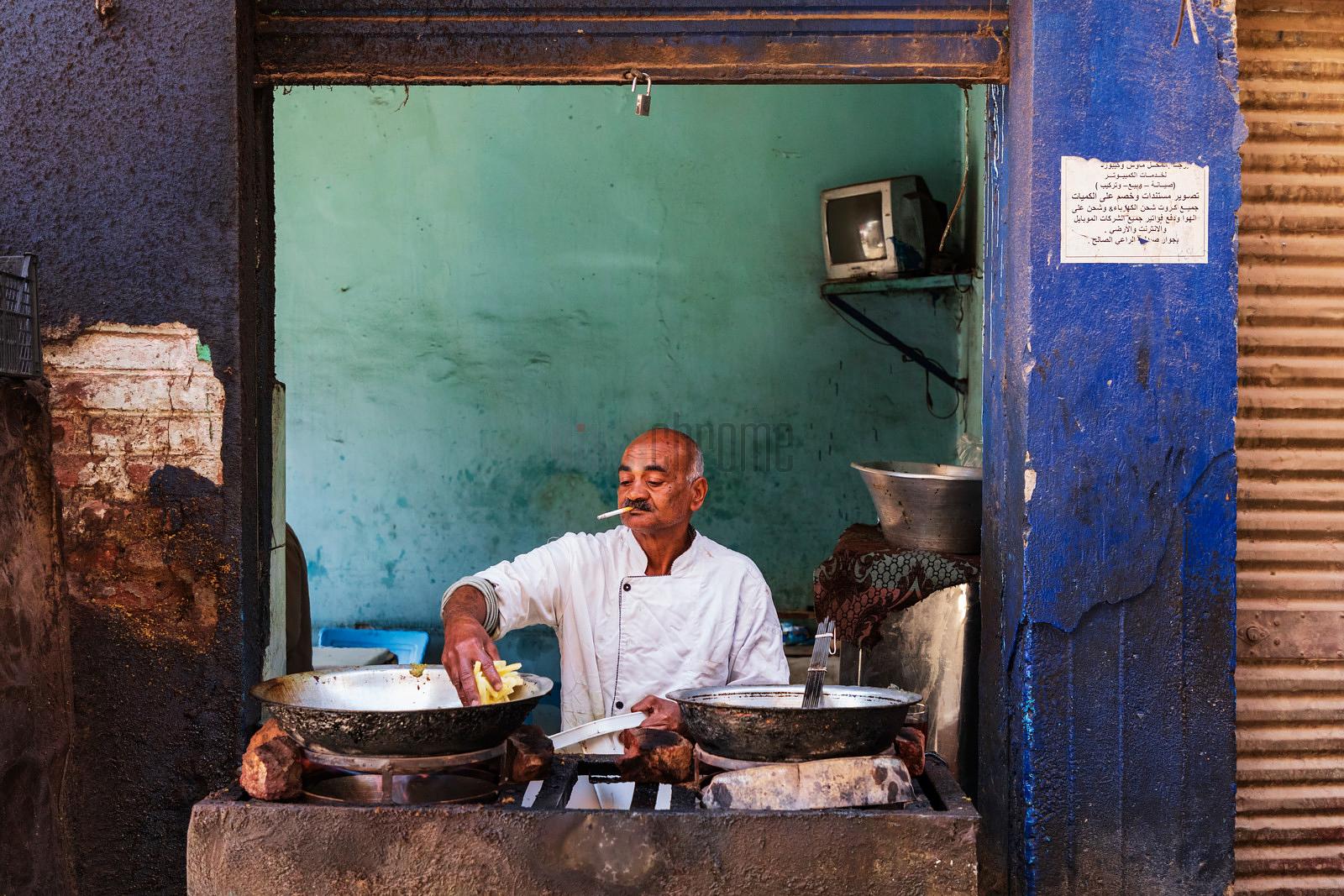 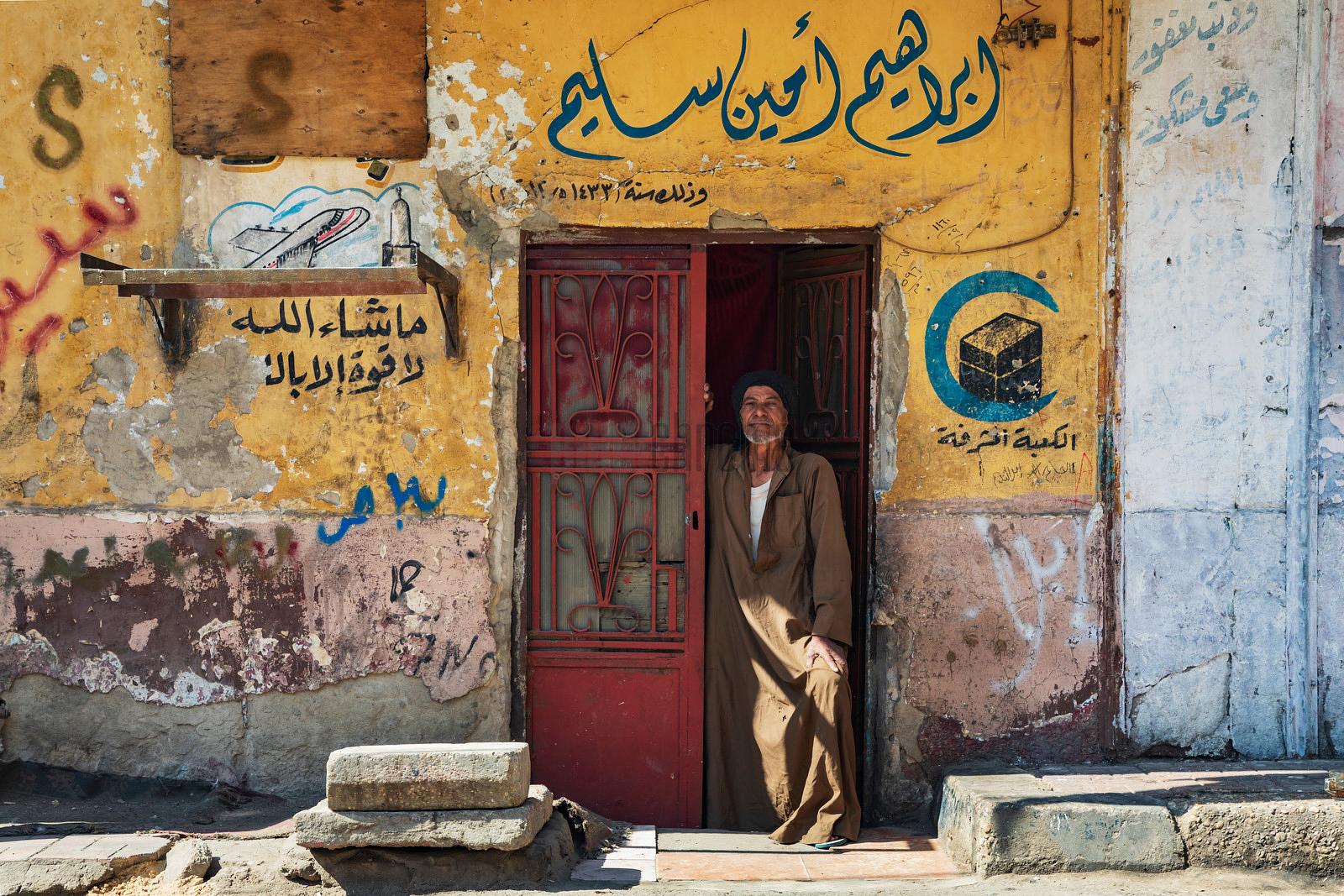 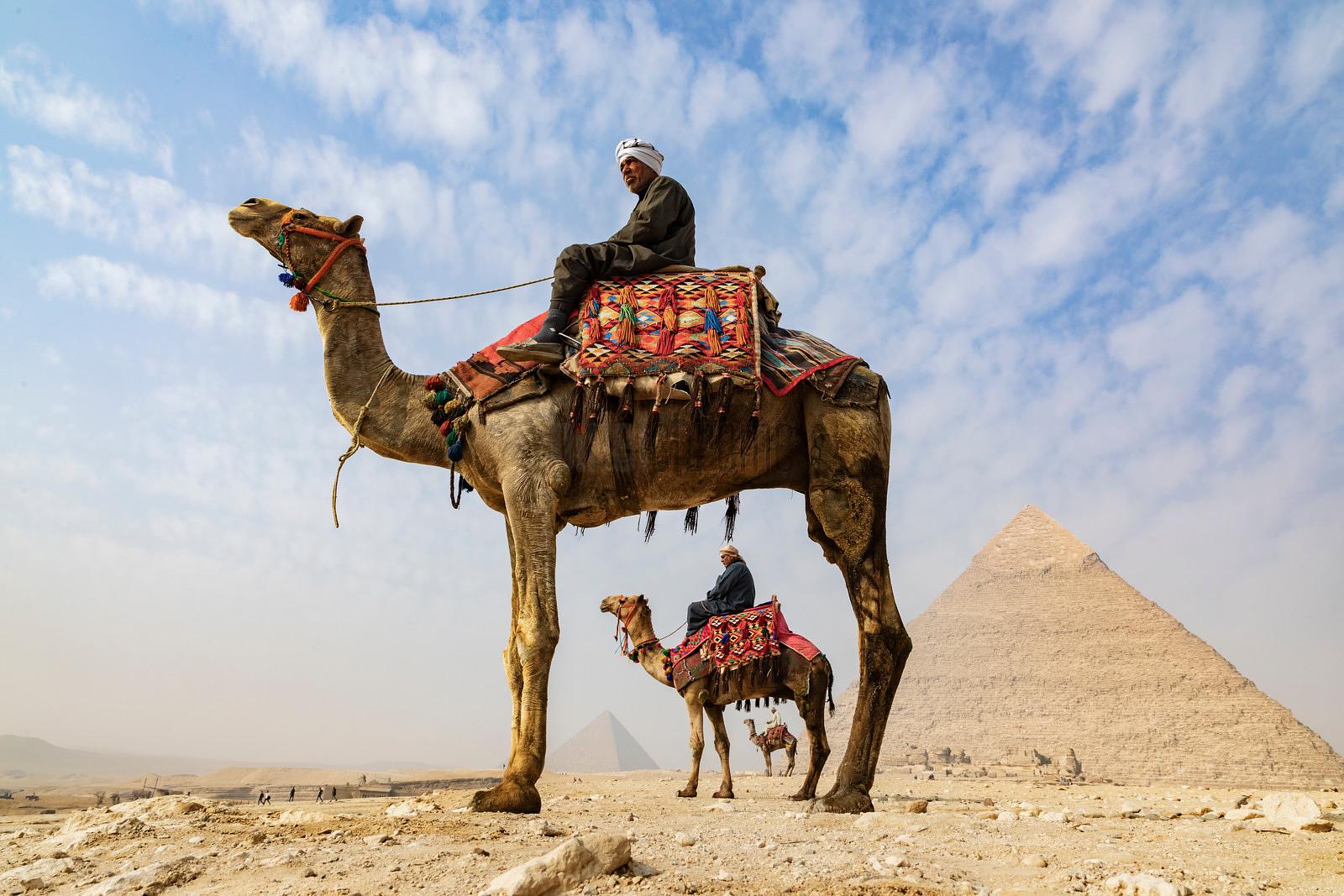 Exploring Egypt is like visiting an open-air museum, alive and vibrant! Every day ancient treasures and new adventures unfold before your eyes! Our itinerary tours pyramids, tombs, sunrises and sunsets…from Cairo to Abu Simbel. You’ll experience the depths of the immortal Pharaonic, Muslim, Coptic, Christian, & Judean cultures that have influenced this eternal civilization along the Nile. Plus, you’ll meet and photograph the Egyptian people around the sights!

O/N Pyramids Valley Boutique Hotel (or similar) (near the Sphinx)

Bahariya is one of the more fetching of the desert circuit oases. Much of the oasis floor here is covered by sprawling shady date palms and speckled with dozens of natural springs, which beg to be plunged into. The surrounding landscape of rocky, sandy mesas is a grand introduction to the Western Desert's barren beauty.

During the Middle Kingdom and especially during Roman times, the oasis was a centre of agriculture, producing wine sold in the Nile Valley and as far away as Rome. Its strategic location on the Libya–Nile Valley caravan routes ensured it prospered also throughout later ages. In recent years, stunning archaeological finds, such as that of the Golden Mummies, and easy access to the White and Black Deserts have earned Bahariya a firm spot on the tourist map.

Day 3: Mon, 20 Feb, 2023—Bahariya Oasis
Sunrise and other photographic opportunities. Explore the black desert, the sand dunes, the crystal mountain, and the white desert. The white rock formations that have been eroded by years of wind and sand, and make interesting subjects to photograph.

Day 4: Tue, 21 Feb, 2023—Bahariya Oasis - Cairo
Sunrise and other photographic opportunities before heading back to Cairo.

Visit the Pyramids, Sphinx and Giza Plateau—sightseeing/photographing. Sunset view of all 6 pyramids. We will have special access with our cameleer guide Adel.

Day 5: Wed, 22 Feb, 2023—Cairo
This morning we visit Ibn Tulum. The Mosque of Ibn Tulun, is considered to be the second oldest mosque in Egypt. It is the only remaining monument in the City of Qata'i', established in AH 256 / AD 870 as the capital of the Tulunid state in Egypt.

We will then move to the Citadel of Sultan Salah al-Din al-Ayyubi (Saladin), one of the most iconic monuments in Islamic Cairo, and among the most impressive defensive fortresses dating to the Middle Ages. Its strategic location on the Muqattam Hills gave it a formidable defensive position, and offered, as it still does today, an unrestricted panoramic view of Cairo.

This afternoon our photography will focus on the streets of Cairo, with destinations including El-Moez Street starting from Bab Al-Futuh in the north to Bab Zuweila in the south. Its northern part extends from Al-Hakim mosque to the spice market in Al-Azhar Street whereas its southern part extends from the Ghuriya complex to the Bab Zuweila. Ghoreyia (Old Islamic Cairo) or Babs/Khan el-Khalili.

Day 7: Fri, 24 Feb, 2023—Abu Simbel - Aswan
This morning at sunrise we will watch as the sun lights up the face of Ramses II in Abu Simbel during this biannual illumination The solar alignment causes the sun to shine through the chamber onto the face of King Ramses II in Aswan’s Abu Simbel temple for 20 minutes, announcing the beginning of Egypt’s flood and growing season. This unique phenomenon takes place just twice a year— once around October 22 to mark the king’s birthday and the beginning of the growing season, and again around February 22 to celebrate his coronation and the start of harvest season.

After breakfast, we depart by van to Aswan, with photographic stops along the way. In the late afternoon we will take a Felucca or motorboat ride to a Nubian village for photos.

Depart 2:30 to Philae for sunset at Temple of Isis.

Dinner at a Nubian Restaurant

Day 8 – Sat, 25 Feb, 2023—Aswan
Today we will have ample time to explore the markets and back streets of Aswan, including street markets, a spice market, and a live animal market. The locals are super friendly and will pose freely for photos (the covered women are more reserved).

While in Luxor we will photograph the Valley of the Kings and Queens, the Karnak/Luxor complexes, Mortuary Temple of Queen Hatshepsut, Medinet Habu, West Bank/East Bank, Luxor markets, or around the town.

Valley of the Kings, also called Valley of the Tombs of the Kings is a long narrow defile just west of the Nile River in Upper Egypt. It was part of the ancient city of Thebes and was the burial site of almost all the kings (pharaohs) of the 18th, 19th, and 20th dynasties (1539–1075 BCE), from Thutmose I to Ramses X. Located in the hills behind Dayr al-Baḥrī, the 62 known tombs exhibit variety both in plan and in decoration. In 1979 UNESCO designated the valley part of the World Heritage site of ancient Thebes, which also includes Luxor, the Valley of the Queens, and Karnak.

Valley of the Queens, also called Valley of the Tombs of the Queens gorge is in the hills along the western bank of the Nile River in Upper Egypt. It was part of ancient Thebes and served as the burial site of the queens and some royal children of the 19th and 20th dynasties (1292–1075 BC). The queens’ necropolis is located about 1.5 miles (2.4 km) west of the mortuary temple of Ramses III (1187–56 BC) at Madīnat Habu.

The Mortuary Temple of Hatshepsut is one of the most beautiful of all of the temples of Ancient Egypt. It sits directly against the rock which forms a natural amphitheatre, so that the temple seems to grow from the living rock. Apparently, there used to be a mud brick temple dedicated to Amenhotep I and Queen Ahmose Nefertari, but it was destroyed to make way for Hatshepsut’s temple

Day 12: Wed, 1 Mar, 2023—Luxor - Cairo
This morning we will take a hot air balloon ride (optional approx. $250-300/pp) followed by breakfast. You will then have free time before our afternoon flight to Cairo.

Day 14: Fri, 3 Mar, 2023— Cairo - Birqash Camel Market
Depart after early breakfast. Drive to Birqash Camel Market, Egypt's largest camel market, NW of Cairo, on the edge of the Western Desert. Souq al-Gamaal, has camels that have been driven across the shifting sands from Sudan, Somalia and Aswan. People from every social standard and also traders go there to make their purchases. A single Camel can be bought from $350-$500 (or more) at Birqash market. Camel market happens on Fridays before 12 noon prayer.

By midday we will drive back to Cairo to to check out of the Kempinski. We then drive to Le Meridien Hotel at the Cairo airport where you will have the afternoon to relax and prepare for you flight home. 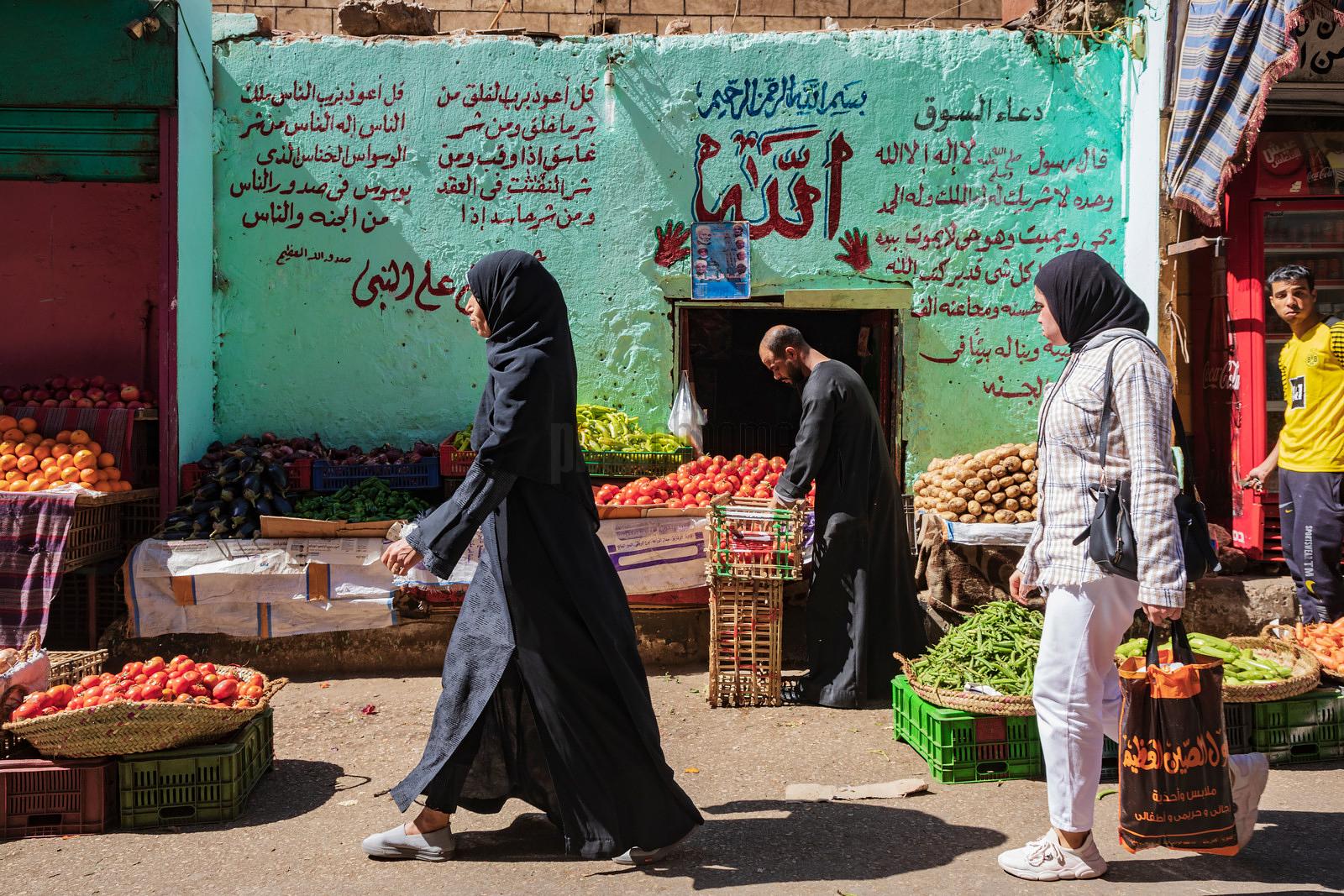 Average Weather in Egypt in February

In February, weather conditions in Egypt make it a good trip destination. The average temperatures you'll face in February would be between 12.4°C and 23.0°C, with exceptional possible peaks as low as 2°C and high as 37°C as observed in previous years.

Tour specifics, such as sequence of itinerary, daily events, range of places we visit are approximate and always subject to change. These may be changed at any point in the itinerary as local schedules change, or the local guide or photo instructor and or escort deem(s) necessary.

Other information you should know about: This a highly active tour. Participants are expected to be able to walk, stand, stroll, and climb stairs over a variety of uneven surfaces for up to 4 hours or more at a time, often twice a day. As in most photography tours there will be early am shoots and late evening shoots. 2 meals a day will be provided. Breakfast and either lunch or dinner, depending on the itinerary of the day. Meals are not always at the usual times. Egyptians usually eat dinner after 9 pm. You may want to bring along snacks.

Travel insurance (It is highly recommended that you purchase travel/tour cancellation insurance!) You must advise us of any special electronic medical equipment you are bringing, (i.e. Cpap/Sleep Apnea electronics). Certain medical devices may result in the necessity of a single room or special electrical supplements and services.

For the latest updates of the regulations for Entry into and Exit from Egypt, please go to the US Embassy in Egypt's website.

If you have had Covid 19

If you recently recovered from COVID-19, you may instead travel with documentation of recovery from COVID-19 (i.e., your positive COVID-19 viral test result on a sample taken no more than 90 days before the flight’s departure from a foreign country and a letter from a licensed healthcare provider or a public health official stating that you were cleared to travel).