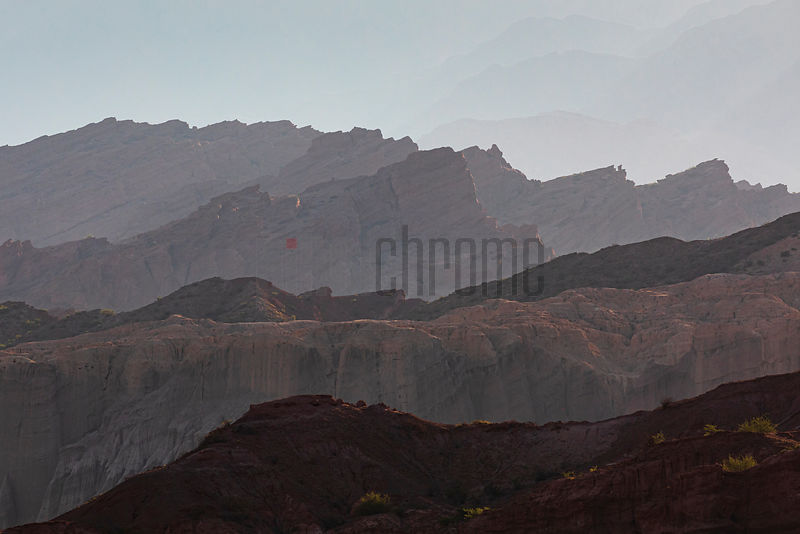 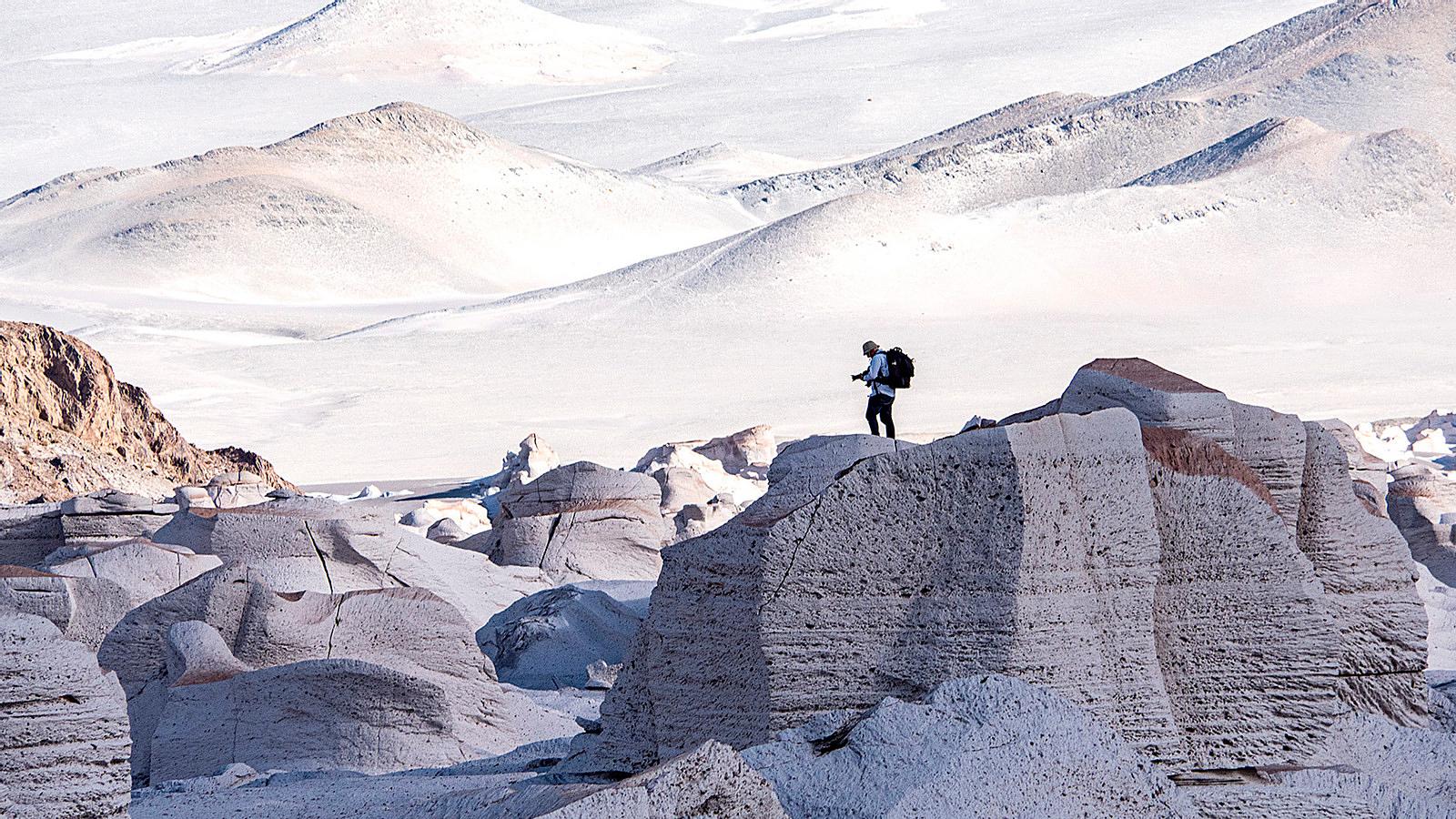 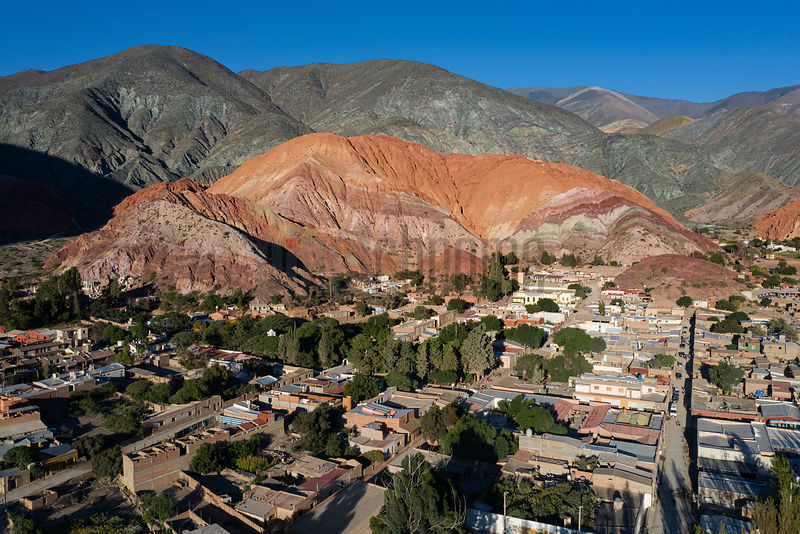 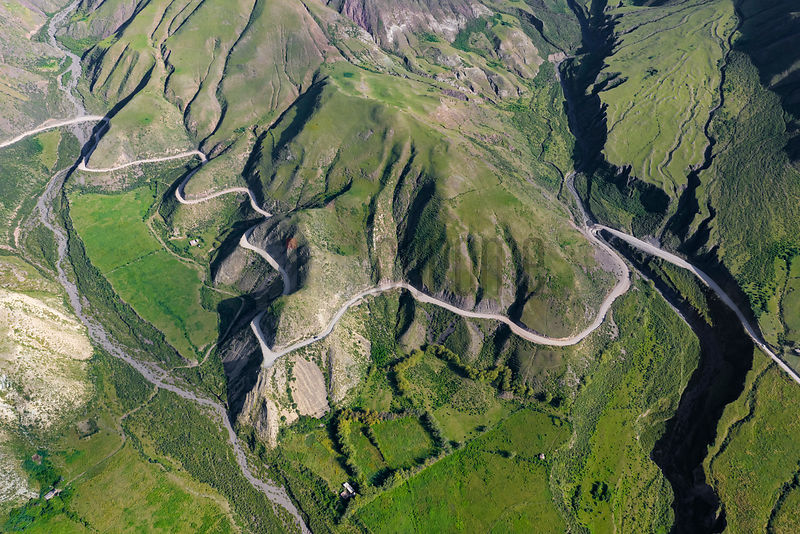 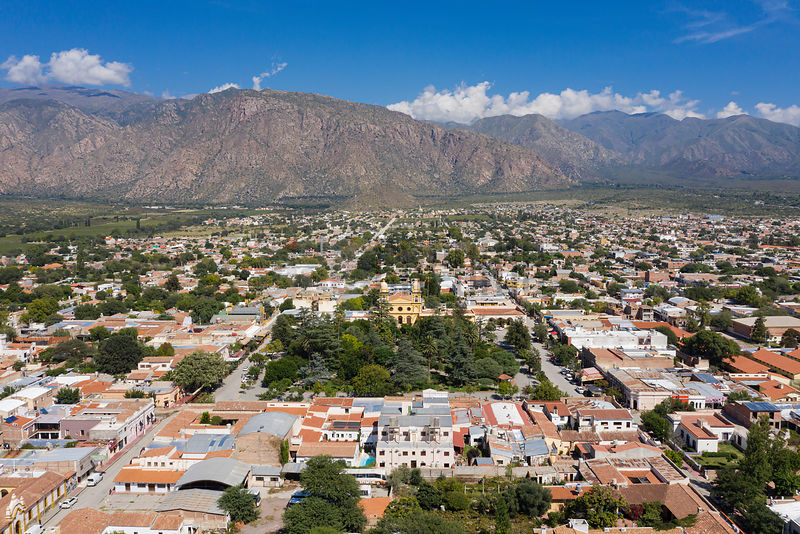 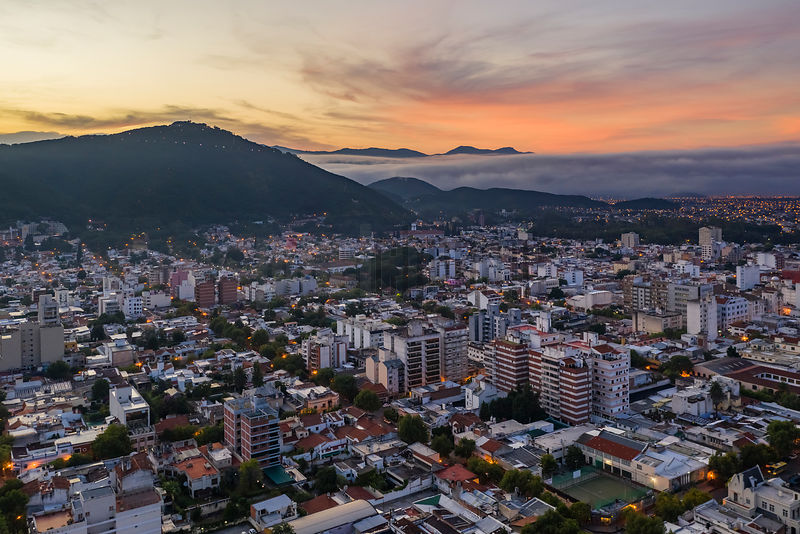 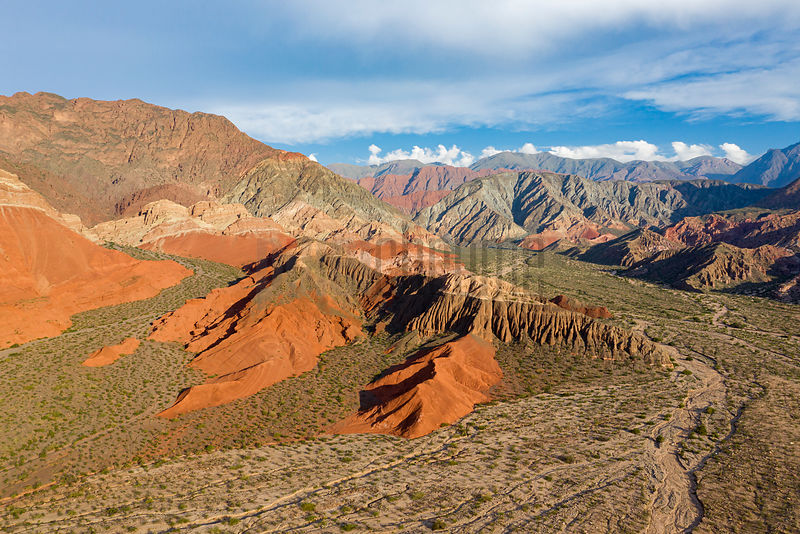 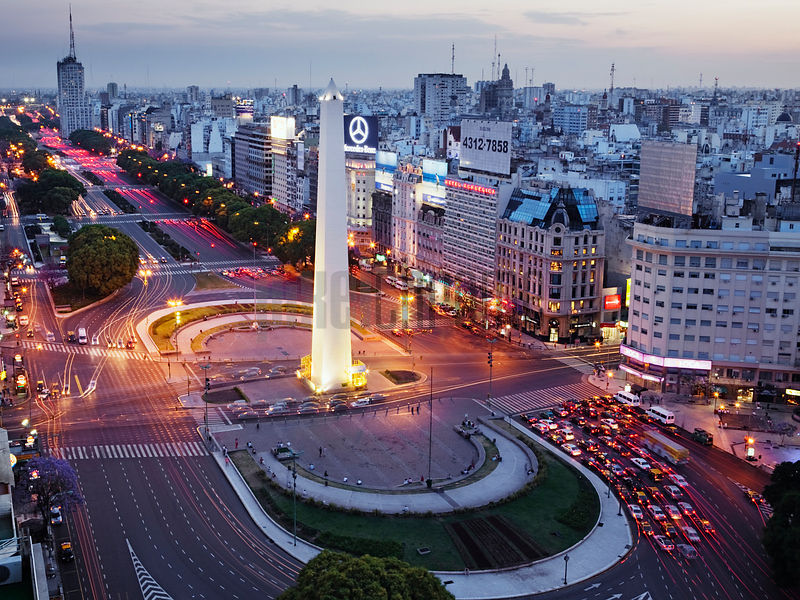 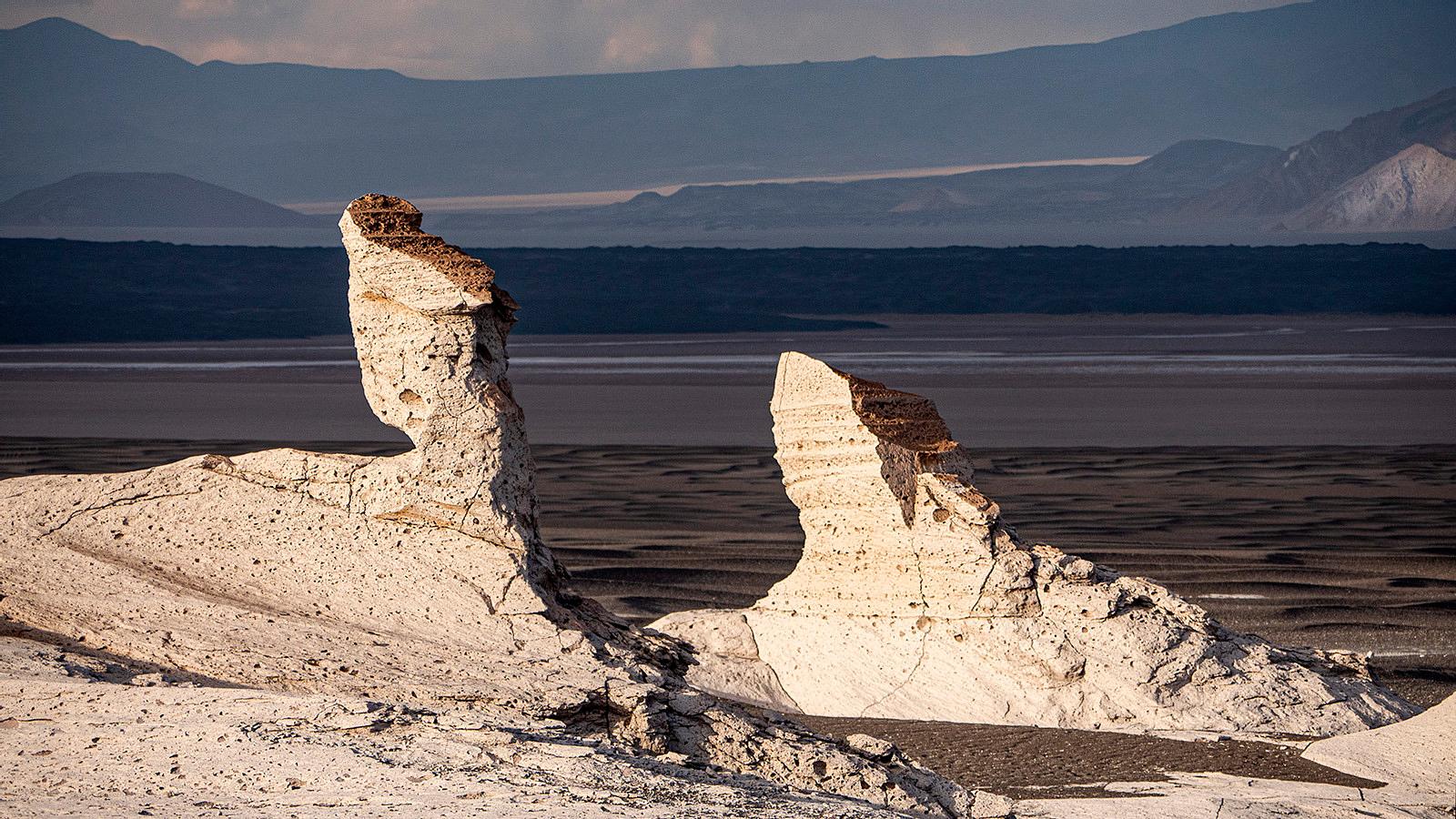 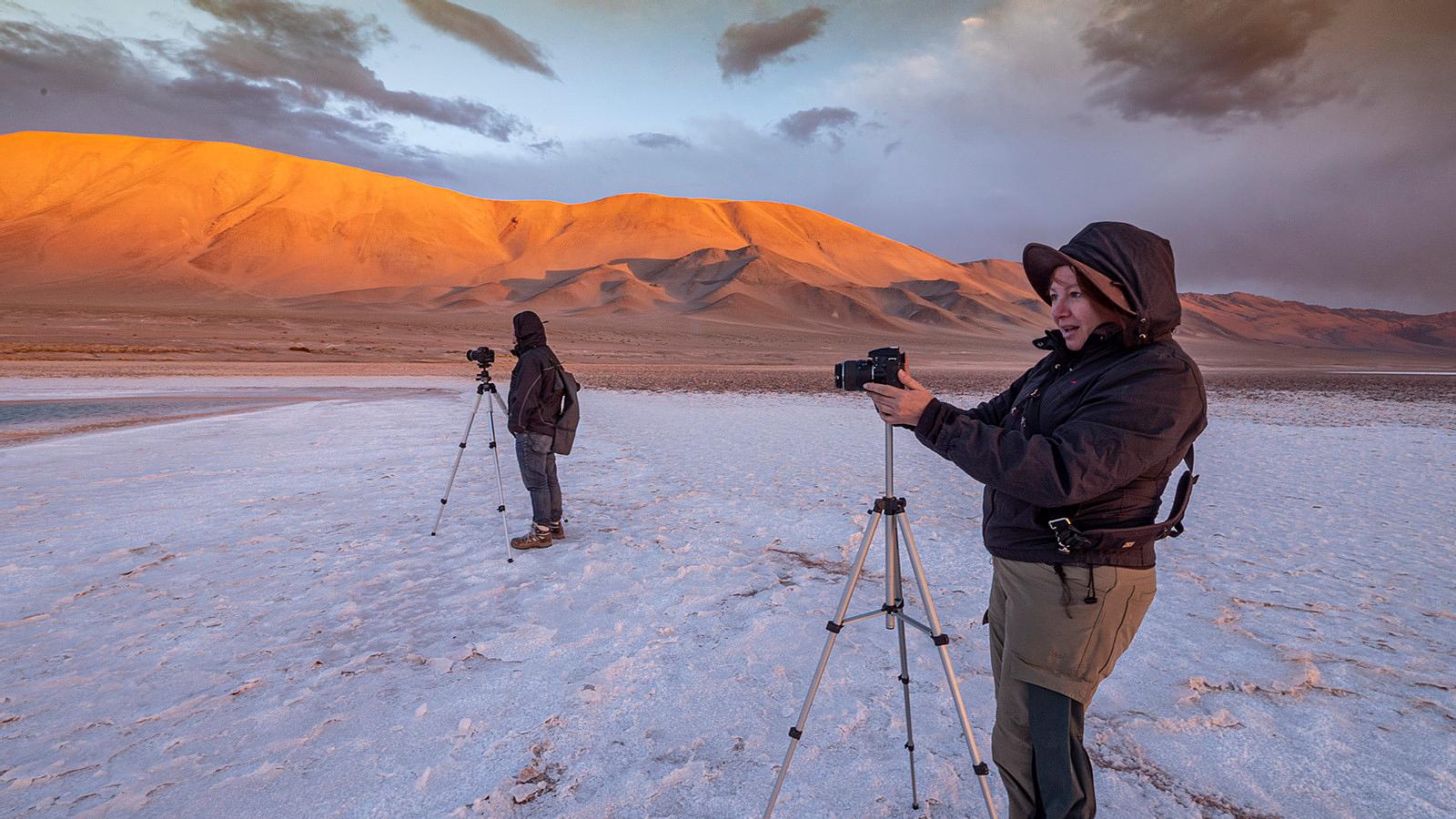 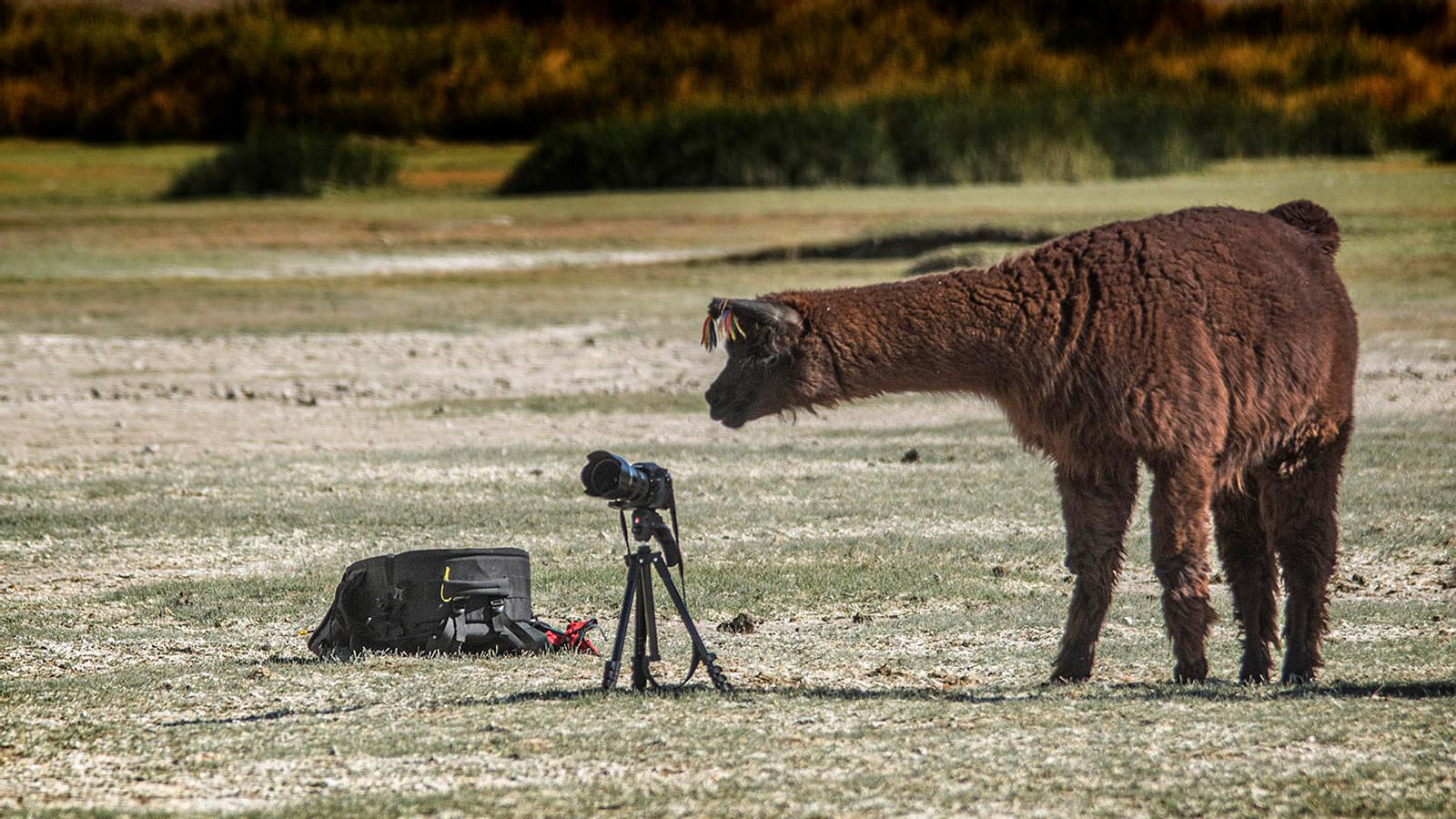 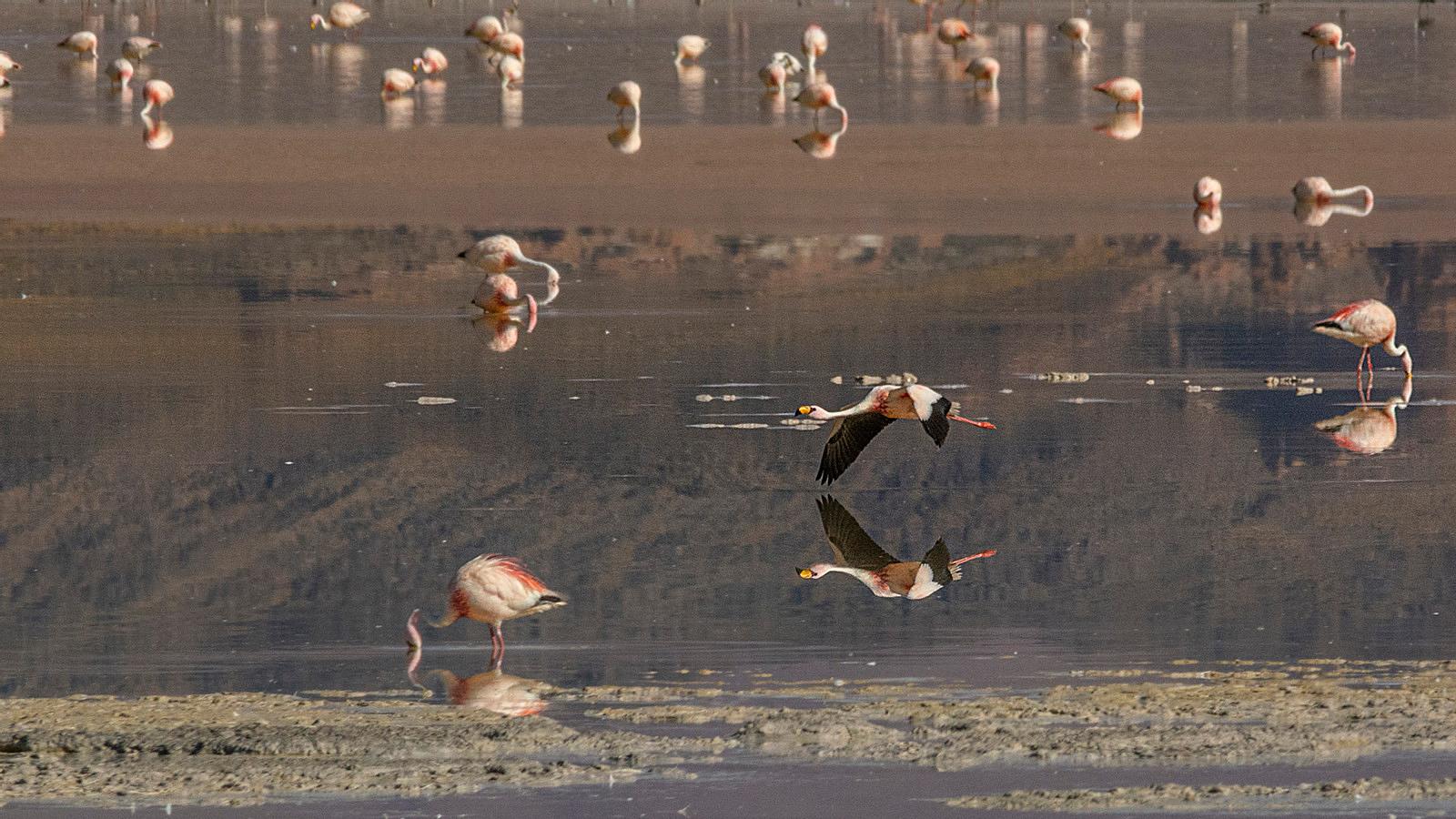 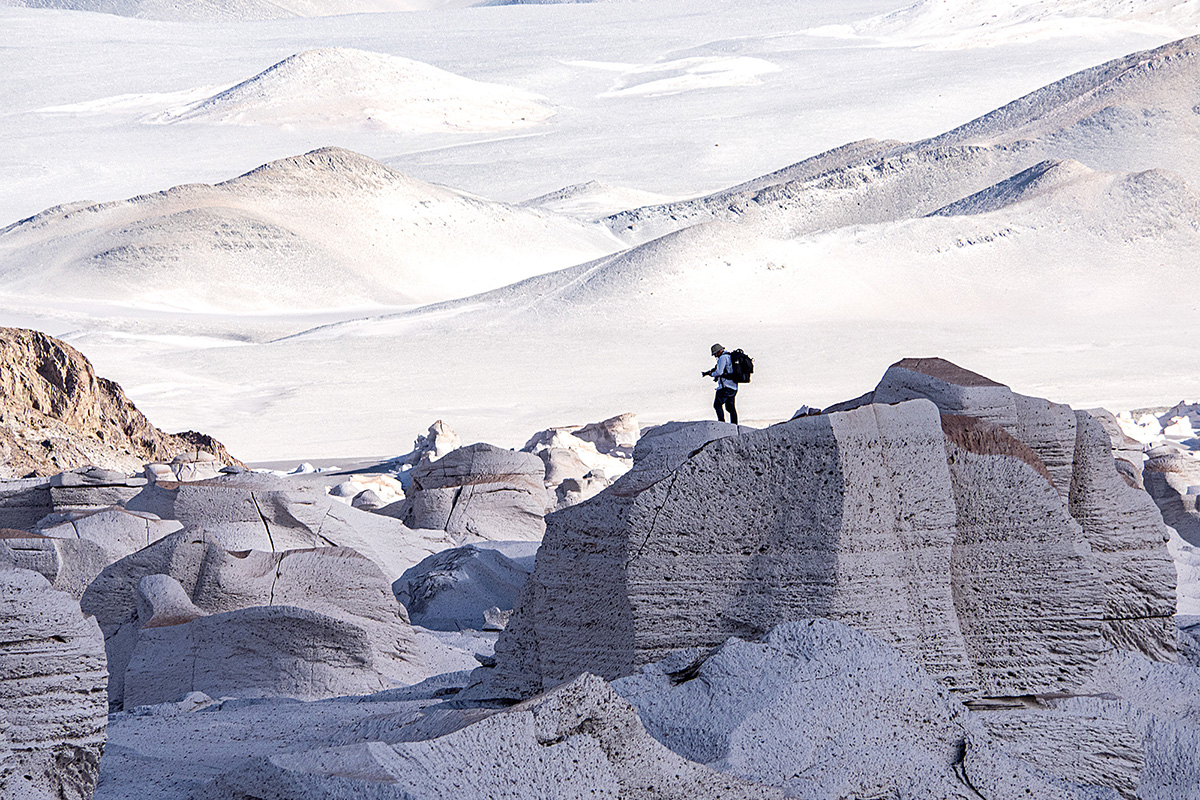 Northwest Argentina is a highly photogenic and pristine region consisting of the provinces of Catamarca, Jujuy, Salta, Santiago del Estero and Tucumán.

​The highlight of this exclusive Northwest Argentinian photography adventure is its incredible landscape diversity consisting of five distinct biomes: the sub-Andean humid sierras of the east, fertile valleys, and the canyons, the high mountains of the Andes and the Altiplano or Puna. The mountain ranges of this little known region tucked into the eastern Andes, slope and unfold dramatically from west to east. Each rolling range is unique and every valley in between has its characteristic settings, vegetation, traditions and cultural expressions.

This is subtropical South America, a land as rich in culture as it is beautiful, with high plateaus designed by volcanoes, salt flats, dry desert valleys with multi-colored mountains and cactus forests. The highest vineyards in the world thrive here and yield grapes that will become full-bodied red wines. For this exclusive tour, you will sample all the special dishes of the region: empanadas, Locro Vallisto, Andean potato soup, asado, budin de pan con dulce de leche and much more, all paired with the fine altitude wine of the region.

This exclusive journey will cover all these regional flavours, provide an insight to local culture and unveil and release the photographers’ eye and sacred spirit deep inside each of us. 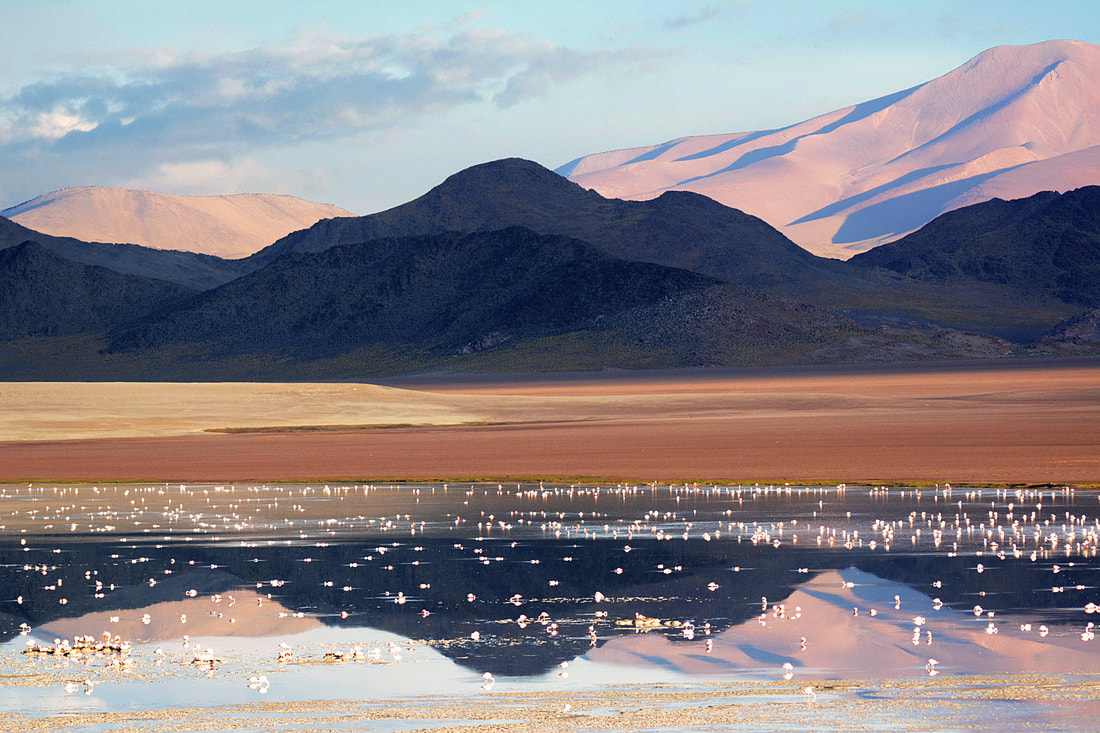 Pre-tour: Thu, 17 Nov – Arrive Salta transfer to Hotel.
A transport will be waiting for the group at the airport. Transfer to the Hotel.

NB. This night is NOT included in the cost.

O/N Hotel Solar de la Plaza, Salta (B,D)
This boutique hotel is located right in the centre of the city, on Leguizamón Street, just 5 blocks away from the historic area and the 9 de Julio Square, the Cathedral, the old City Hall building, the MAAM museum and other tourist attractions. The hotel's strategic location in Salta's tourist, commercial and financial centre allows for easy access to the main avenues in the city. The hotel is just a 25-minute drive away from the airport and a 20-minute drive away from the Convention Centre.​

Day 2: Sat, 19 Nov – Cafayate
Begin the morning with a sunrise hike to La Punilla to capture the first light over the Calchaquí Valley, the mountains that embrace the Cafayate area.

Explore the Piatelli vineyards and enjoy a traditional lunch in their delightful restaurant. In late afternoon, visit the tiny village of Cafayate, its wine museum and lively plaza.

Return to the hotel for a break. At 4:00 p.m. we go for a walk through landscapes of the Quebrada de las Conchas Reserve to take photos until sunset. Return to the Hotel

Day 3: Sun, 20 Nov – Cafayate
We leave the hotel before dawn (6am) to a chosen place in the Quebrada de las Conchas Reserve. We return to breakfast at the Hotel at 9am. Free lunch.

In the late afternoon, when the light is perfect, hike in La Yesera to photograph this magnificent ancient canyon with colors, shapes, textures & formations that tell millions of years of the geologic history of this ancient lake that was uplifted and transformed by the Andes.

Before dinner, stroll through the village of Cafayate where you can purchase traditional handicrafts or simply enjoy a lovely stroll around the lively main plaza, the hub of life in every Argentine village. Return to the Hotel.

Day 4: Mon, 21 Nov – Cafayate to El Peñon
After breakfast we load up our 4WDs and head south on the iconic National Route 40. Today we have a long drive but in an ever-changing landscape. We will leave the area known as "Valleys and Quebradas" to enter the region called "Puna or Altiplano", a true high-altitude desert. On our tour we will pass through the towns of Quilmes, Santa María, and Hualfin. In El Eje we will take west to begin our ascent to the Puna. We drive through the "Laguna Blanca Natural Reserve" where we will see hundreds of wild vicuñas, one of four South American camelids, source of one of the softest wools in the world. After a late arrival we will dine at the hotel.

Day 5: Tue, 22 Nov – El Peñon
After breakfast we will go to visit the Volcano and Laguna Carachi Pampa. We will return to lunch at the hotel, after a break we will visit the Campo de Piedra Pomez where we will stay until sunset. Dinner at the Hotel.

Day 6: Wed, 23 Nov – El Peñon
After breakfast we take the route to the Galan Volcano. We will visit the Laguna Grande, a breeding place for the Parina Chica, a species of threatened flamingo. We will have a picnic on site and return in the afternoon to the Hotel. Dinner at the hotel.

Day 7: Thu, 24 Nov – El Peñon to San Antonio de los Cobres (B,D)
We assemble the suitcases and after breakfast we take Route 43 heading North. There we will pass through Antofagasta de la Sierra, and then we will go through lunar landscapes passing through the Salar del Hombre Muerto, Salar de Pocitos, to finally arrive at San Antonio de los Cobres. Dinner at the hotel.

Day 8: Fri, 25 Nov – San Antonio de los Cobres/Susques/Quebrada de Humahuaca (B)
After breakfast we will take Route 40 to travel another day of landscapes between desert and volcanic. We will pass under the famous La Polvorilla Viaduct, then through the foot of the Tuzgle Volcano, we will reach Susques, a town where one of the oldest chapels in Argentina is located. Then we will go through the Salinas Grandes to later descend the Andes to reach the town of Purmamarca where we will spend the night. Dinner at the hotel.

Day 9: Sat, 26 Nov – Quebrada de Humahuaca/Purmamarca (B,L)
After a sunrise session above the town of Purmamarca, we return to the hotel for breakfast. After packing up we head north and will visit some of the towns of the Quebrada: Tilcara, Uquia and Humahuaca where we will have lunch.

​In the afternoon we will take route 73 that goes up to the Sierras de Zenta to the viewpoint from where we will observe Hornocal, a colorful geological formation in the sunset light. Then we will return to our hotel. Free for dinner.

Day 10: Sun, 27 Nov – Purmamarca Full day (B,D)
After breakfast we will walk around the town until lunchtime. Free afternoon. Dinner in the Village.

Day 11: Mon, 28 Nov – Purmamarca/Salta
After breakfast we spend the day exploring the streets of Salta. This tranquil city is an eclectic collection of Spanish colonial, neo colonial, French, Italianate and contemporary style architecture. The hotel is located four blocks away from the main square, which, as in all towns of Spanish origin, is the hub of city life. Attractions in the city proper include the 18th century Cabildo , the neo-classical style Cathedral, and the Plaza 9 de Julio along with San Bernardo hill, and its surroundings. The city’s museums exhibit a wide range of artifacts and art work from the native civilizations that flourished in the area, as well as from the 16th century Spanish conquest and the colonial and post-colonial periods.

​Tonight we will enjoy a dinner together at a local restaurant before heading to Buenos Aires.

O/N Hotel Solar de la Plaza, Salta (B,D)
This boutique hotel is located right in the centre of the city, on Leguizamón Street, just 5 blocks away from the historic area and the 9 de Julio Square, the Cathedral, the old City Hall building, the MAAM museum and other tourist attractions. The hotel's strategic location in Salta's tourist, commercial and financial centre allows for easy access to the main avenues in the city. The hotel is just a 25-minute drive away from the airport and a 20-minute drive away from the Convention Centre.​

Day 12: Tue, 29 Nov – Salta/Buenos Aires (B)
After breakfast around 9AM, we head to Martin Miguel de Guemes International Airport to for our flight back to Buenos Aires.

Caminito in La Boca
Located in La Boca, the Caminito (little path, in Spanish) is a street museum of colourful painted houses typical of the immigrant dwellings that came to chracterise this portside area towards the end of the 19th and start of the 20th century. The Caminito followed the route of an old stream that once flowed into the Riachuelo, and later, after the river dried up, formed part of a railroad route. After the closure of the railroad, the street was largely abandoned until in the 1950s a group of neighbours decided to regenerate the area and local artist Benito Quinquela Martín began using the tenements as his canvas. Today, there are several works by Argentine artists incorporated as part of the street museum and the Caminito has become a favourite with visitors to the city. Several restaurants offer tango and folk dance shows and street fills with artists offering original crafts and paintings. The tenement buildings made of wood and sheet metal are typical of the conventillos, precarious, communal dwellings built by Genoan immigrants starting in the late 19th century. Many dwellings are built on raised foundations due to frequent floods in the past.

Recoleta
Recoleta received significant immigration from France and this can be seen in the architecture of the mansions and apartments in the neighbourhood. One of the best-known sites in the city is the cemetery beside the historic Basílica del Pilar. Here rest the remains of many important figures from Argentina’s history including Eva Duarte de Perón, better known as “Evita”. The neighbourhood boasts large cultural spaces and museums such as the National Museum of Fine Arts, the National Library, the Recoleta Cultural Centre, the Floralis Genérica sculpture and many parks.

Plaza de Mayo
Surrounded by the Casa Rosada, the Cabildo and the city’s main cathedral, Plaza de Mayo is the place where Argentines gather in vehement protest or jubilant celebration. At the center is the Pirámide de Mayo, a white obelisk built to mark the first anniversary of independence from Spain.

San Telmo
Full of charm and personality, San Telmo is one of BA's most attractive neighborhoods, with narrow cobbled streets and low-story colonial houses. This is where some of the first homes were built in the early years of the colony, and these elaborate mansions later became conventillos (tenement housing) for European immigrants. Amid the melancholy of homesickness and the merging of musical traditions in the shared patios of the conventillos, tango music was born. Take a walk around; history oozes from every corner of this barrio. Here you can visit Mercado Urquiza, a typical neighbourhood market from the start of the 20th century, Teatro 25 de Mayo, and a monument to an icon of Argentine rock, “Flaco” Spinetta. 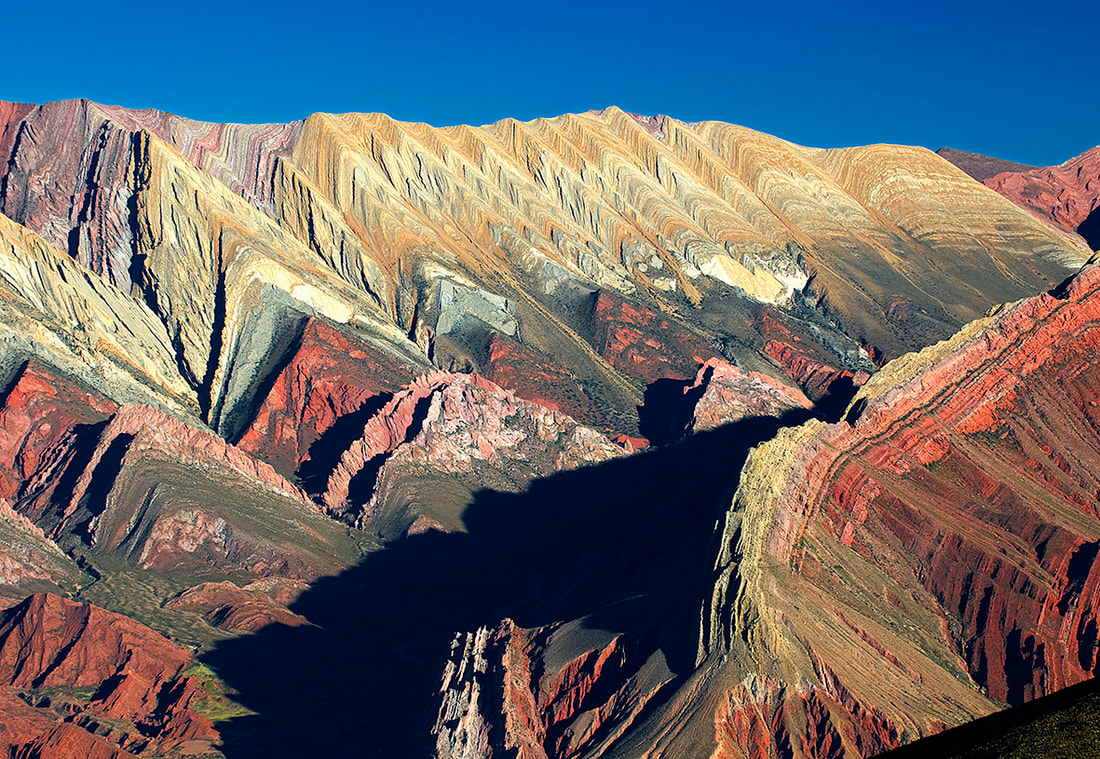 ​Arrival & Meeting Place ​Departure
If possible, we will meet in Buenos Aires and travel to Salta together. We will coordinate the flights with everyone's arrival times. If you choose to arrive earlier, we will tell you at what time to meet at the airport.

If you choose to fly to Salta before the start of the trip, we will arrange a transfer from the airport to the hotel.

Visa
A visa is not required for stays of 90 days or less.
US citizen tourists are allowed to enter Argentina from November 1, 2021, but they must be fully vaccinated and the second dose has been given 14 days before arrival in Argentina. Argentine Authorities will require evidence of vaccination.

Language
While Argentina’s official language is Spanish, Argentina has enjoyed so much international migration that Arabic, Italian, German, English, and French are also spoken—at least in pockets throughout the country. There are also over one million speakers of various tribal languages, including Quecha and Guaraní.

Currency
The Argentine Peso is the currency of Argentina.