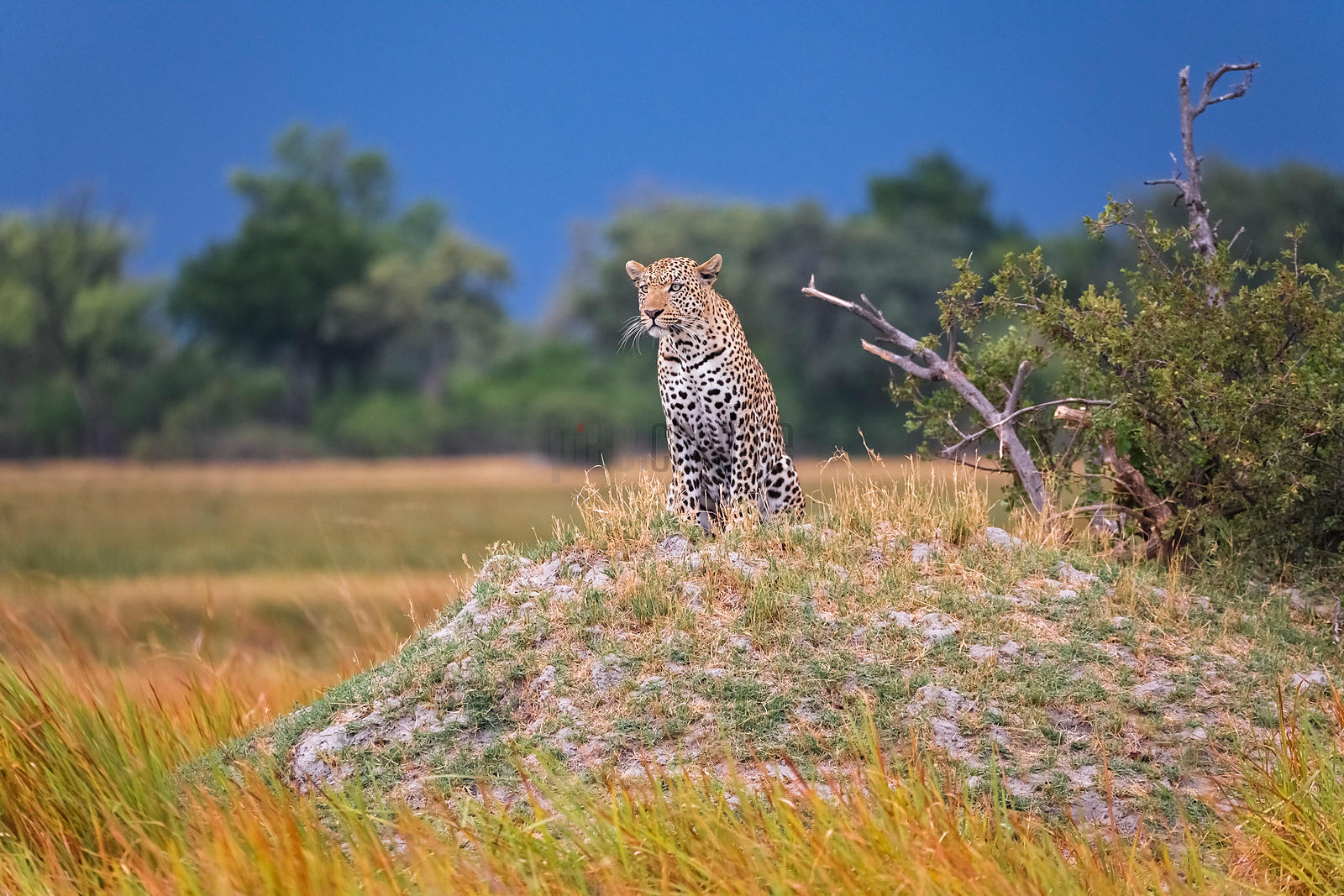 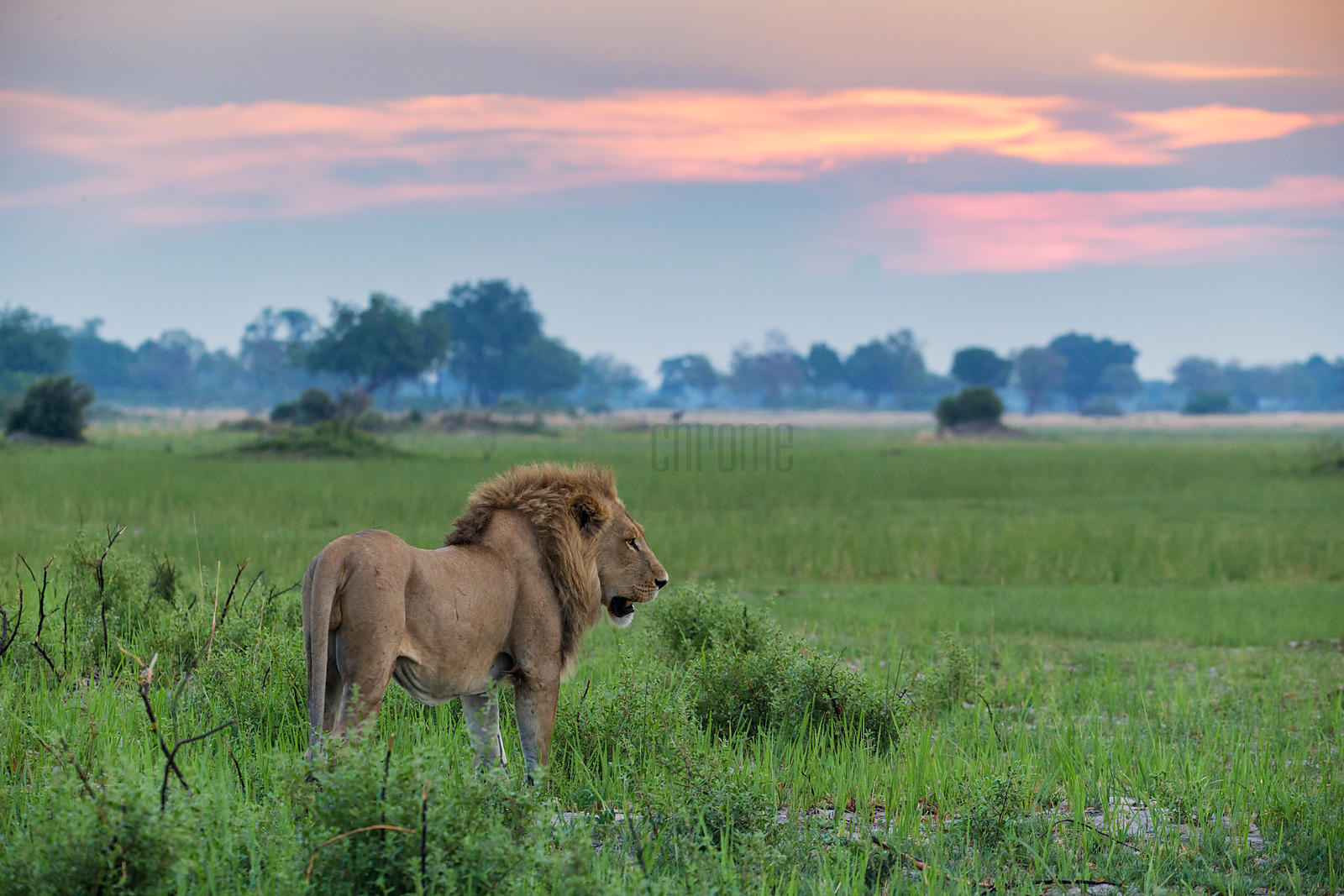 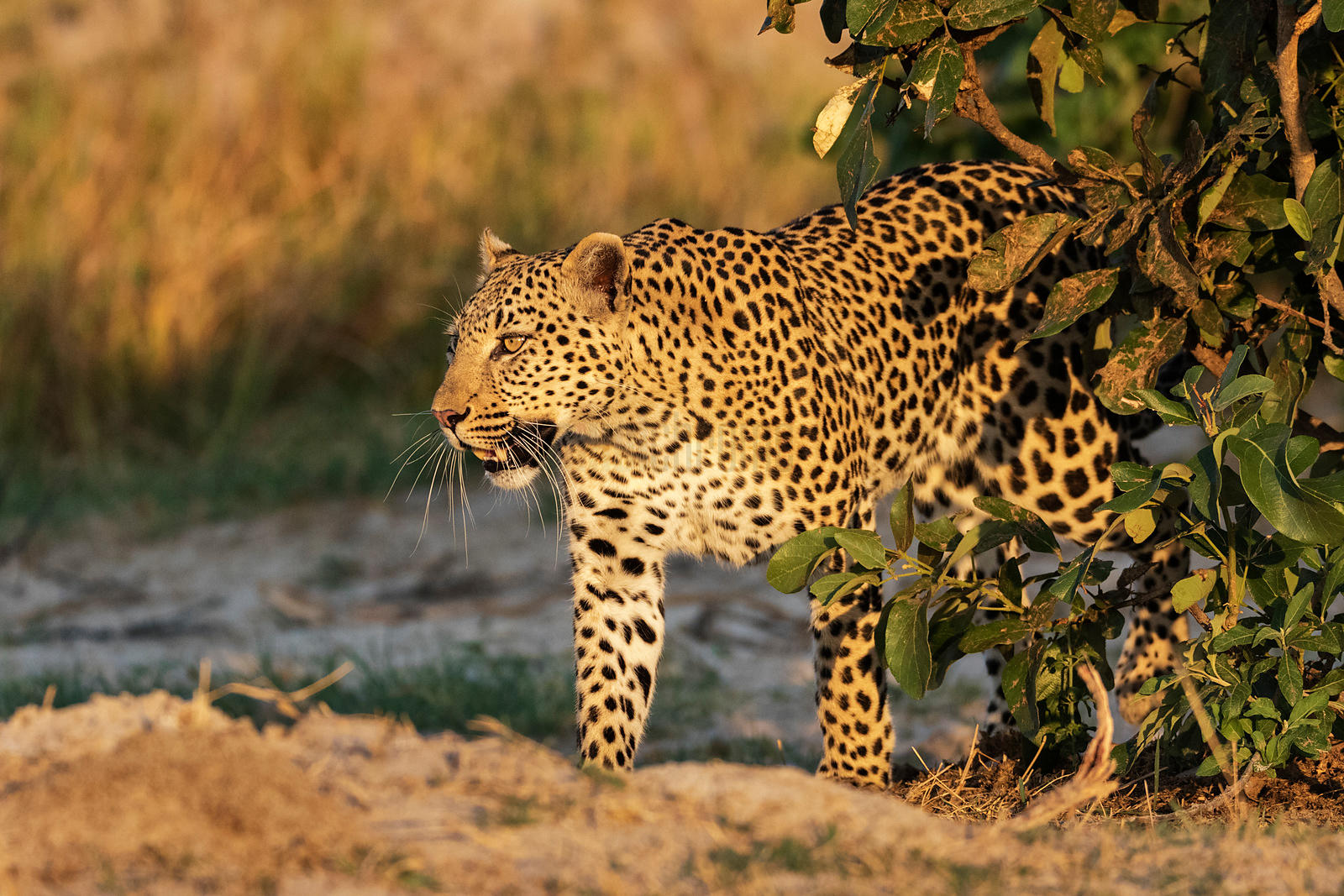 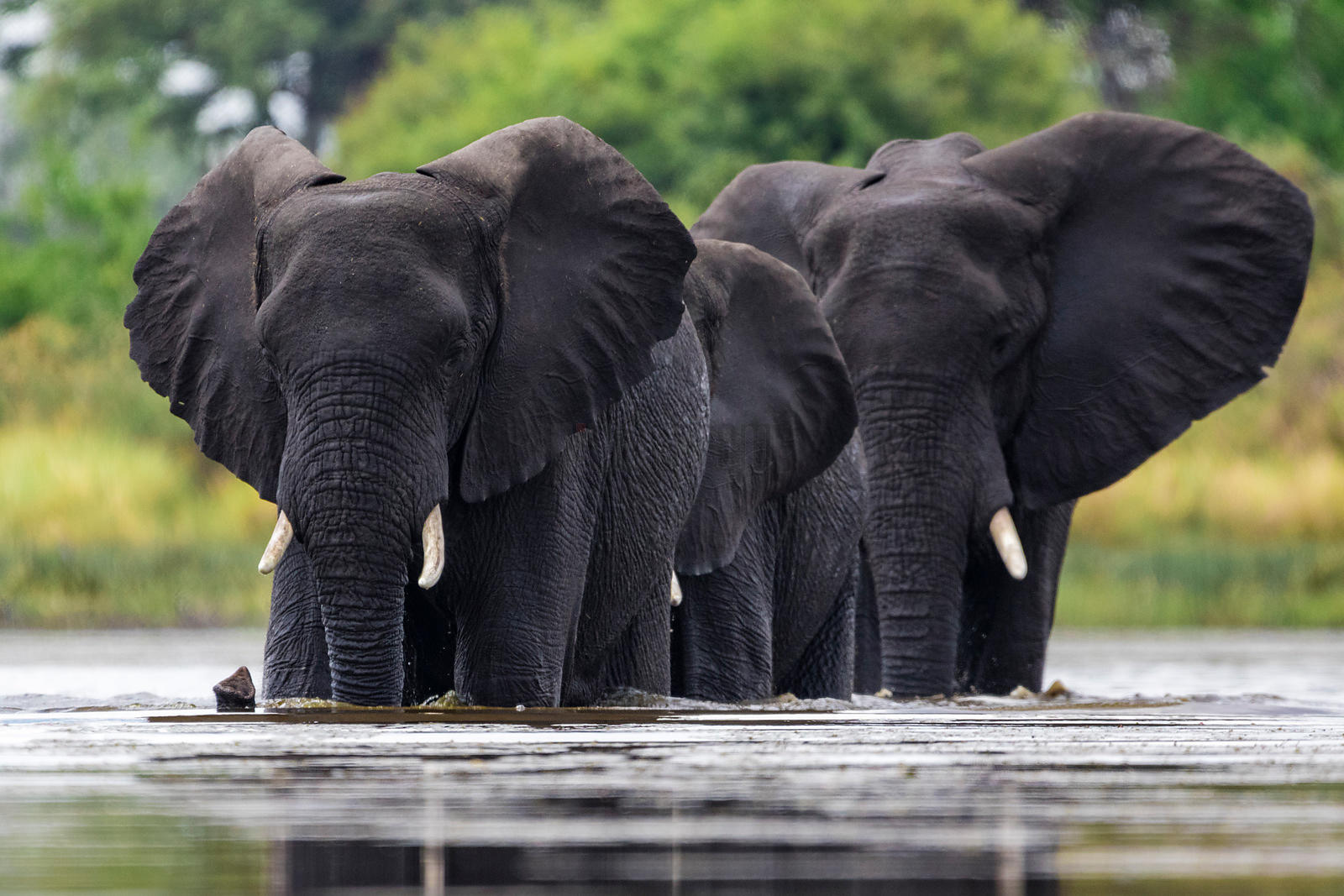 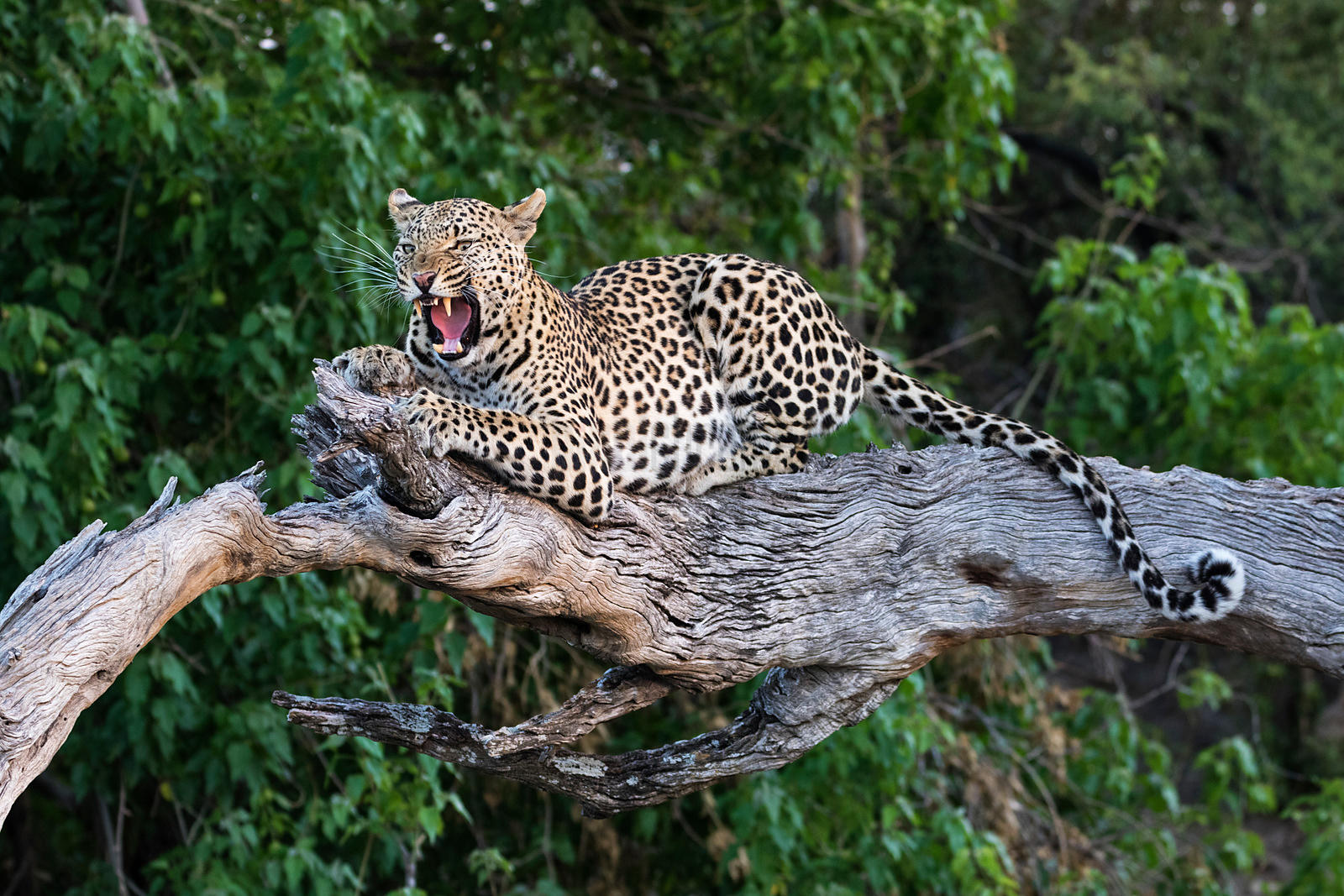 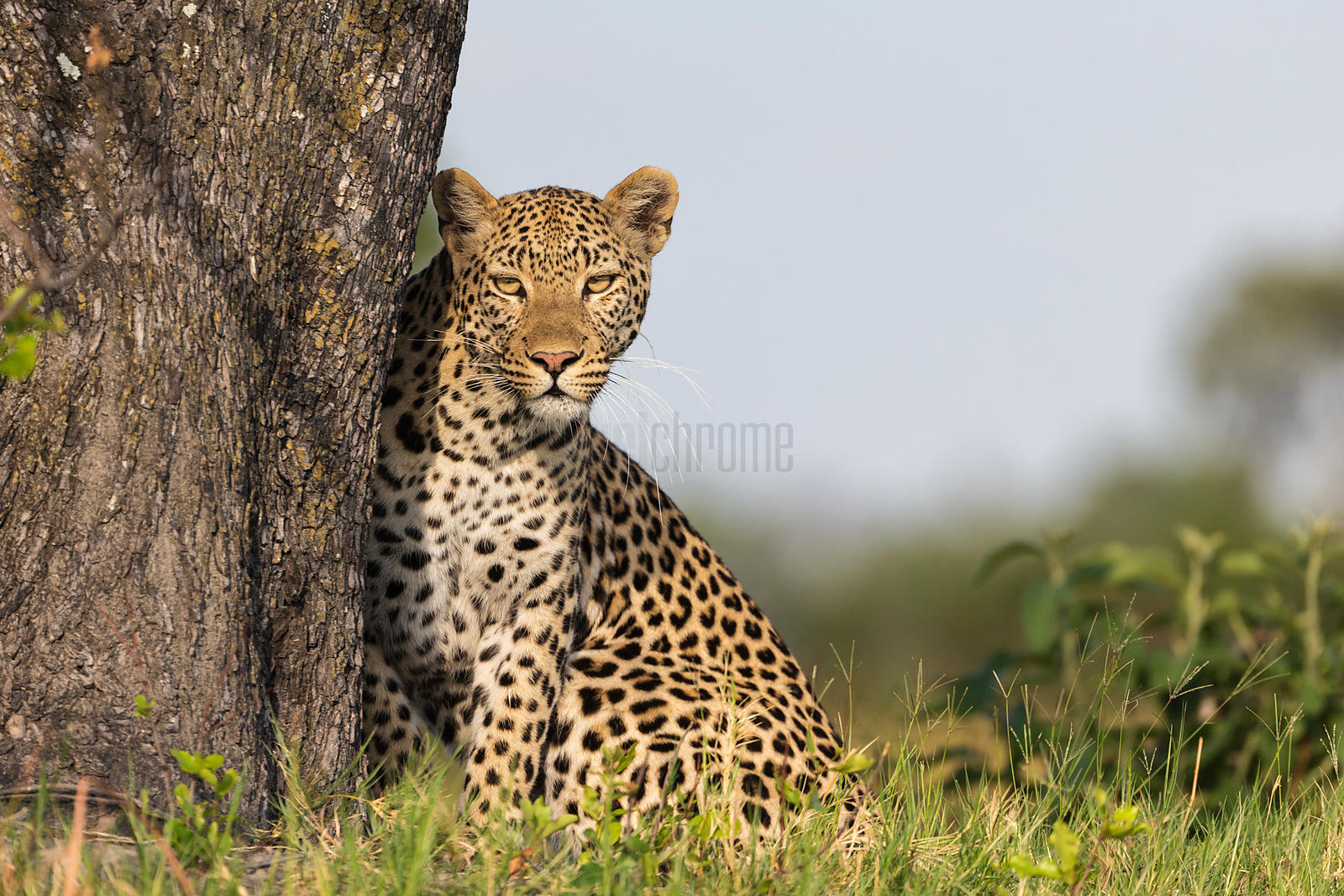 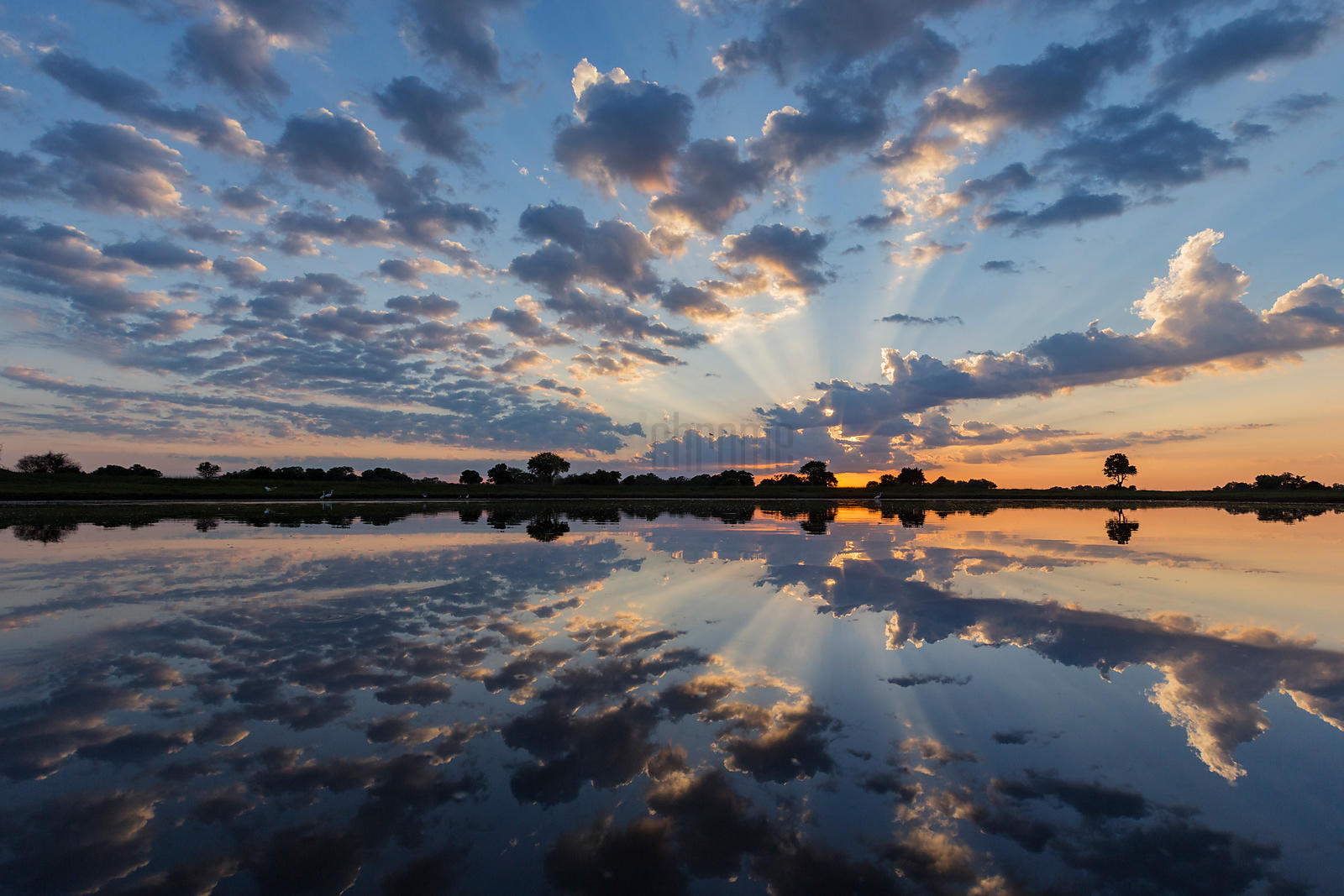 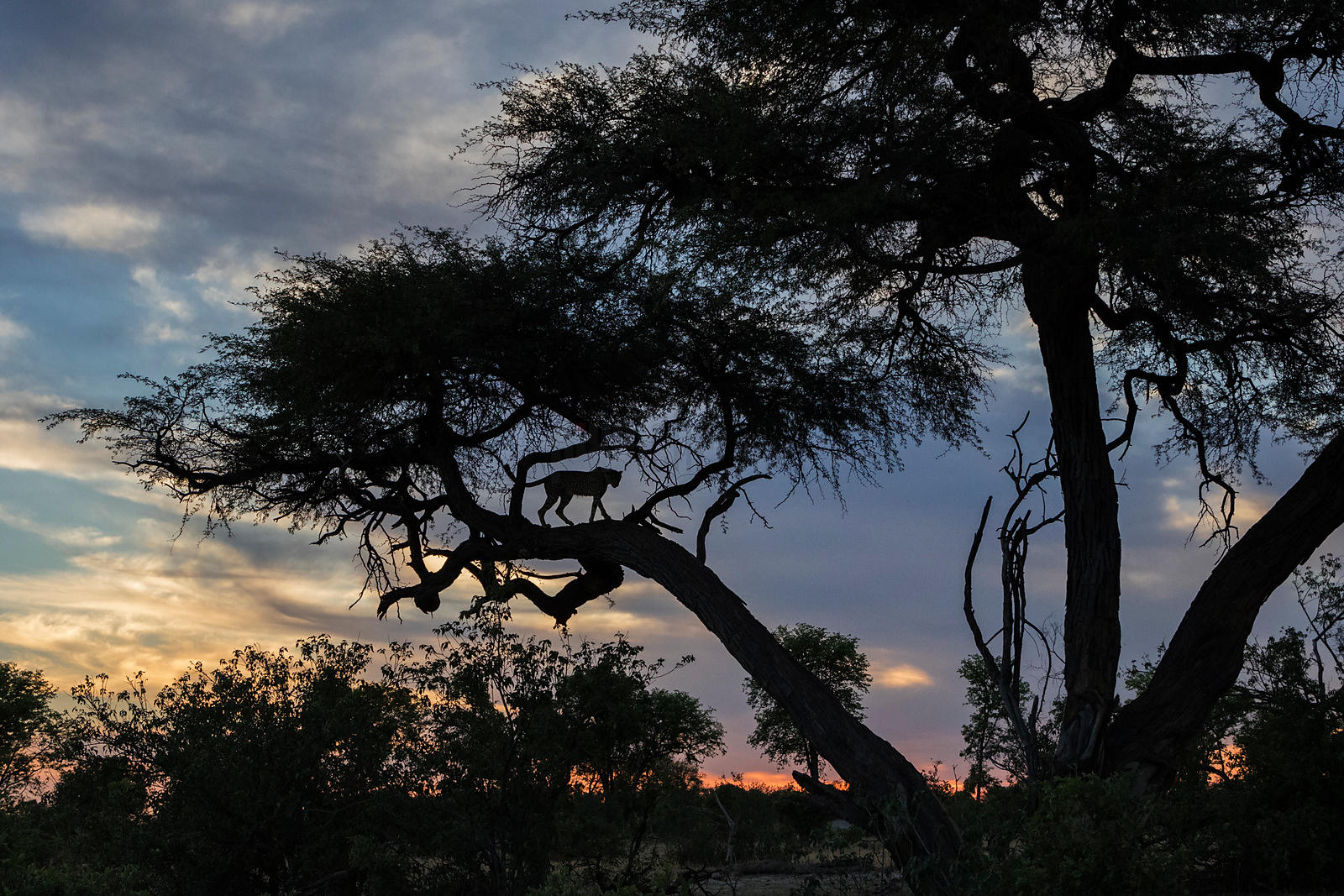 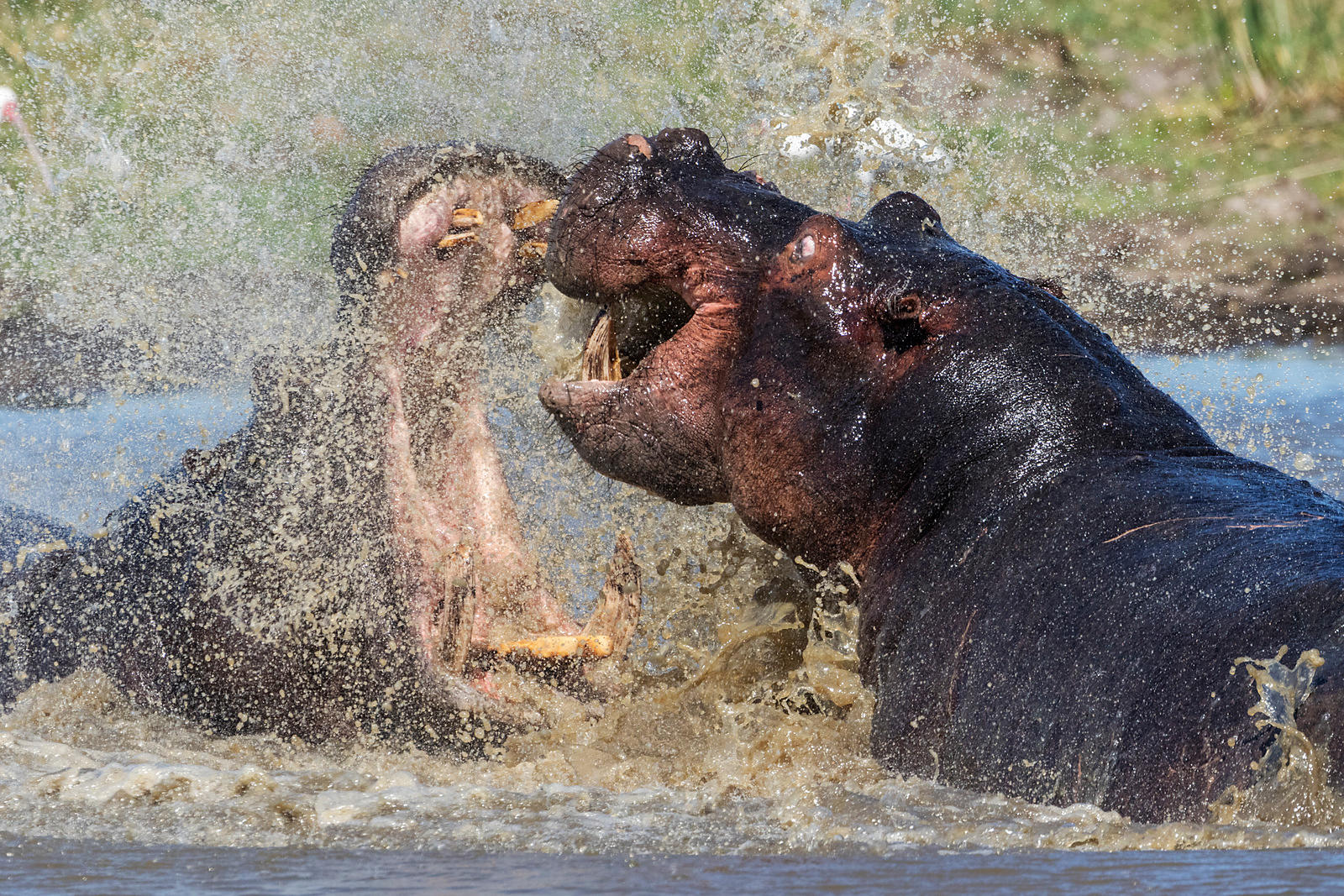 The 175 000 ha (432 000 acre) Kwara Concession shares a 30km water boundary with Moremi Game Reserve but being a private concession offers night drives, boat and mekoro trips, walking and fishing that cannot be offered in the Game Reserve. The concession has both permanent water and seasonal flood plains ensuring the best of the Okavango Delta as well as extensive dry bush wilderness. Favoured with labyrinths of permanent water channels and secret islands the concession offers you the privacy and tranquillity available in the Okavango Delta. The camp is set overlooking a secluded lagoon in the northern Okavango Delta. This region offers a contrasting experience, as its location allows access to the permanent waterways of the Delta as well as expansive dry land areas, admired for their quality game viewing.

As the largest inland river delta on earth, Botswana’s Okavango Delta is surely one of the seven wonders of the natural world. The delta is formed as the seasonal flooding of the Okavango River, flowing from the Angola highlands, empties into the Kalahari Desert basin. The flood waters cover an area of over 35,000 square kilometers and rise and fall as the intense heat of the region cause rapid evaporation only to have the delta resupplied by newly arriving flood waters. Landlocked and surrounded by higher altitudes, Botswana is a dry country, so the Okavango Delta truly is an oasis. However, contrary to what the foliage might indicate, this is not a tropical paradise. Rainfall is sparse most of the year and temperatures soar to about 40C during the summer. However, the winter floods (that peak from June to August) are sufficient to make permanent large swathes of lakes, channels, and lagoons. Not surprisingly, this oasis attracts some of the world’s highest concentrations of wildlife, including all the quintessential African mammals from lion to elephant to hippo to giraffe to rhino to zebra. The delta is also the permanent or seasonal home of hundreds of bird species as well. This diversity and concentration of wildlife make the Okavango Delta an absolute must-see for any serious African visitor! 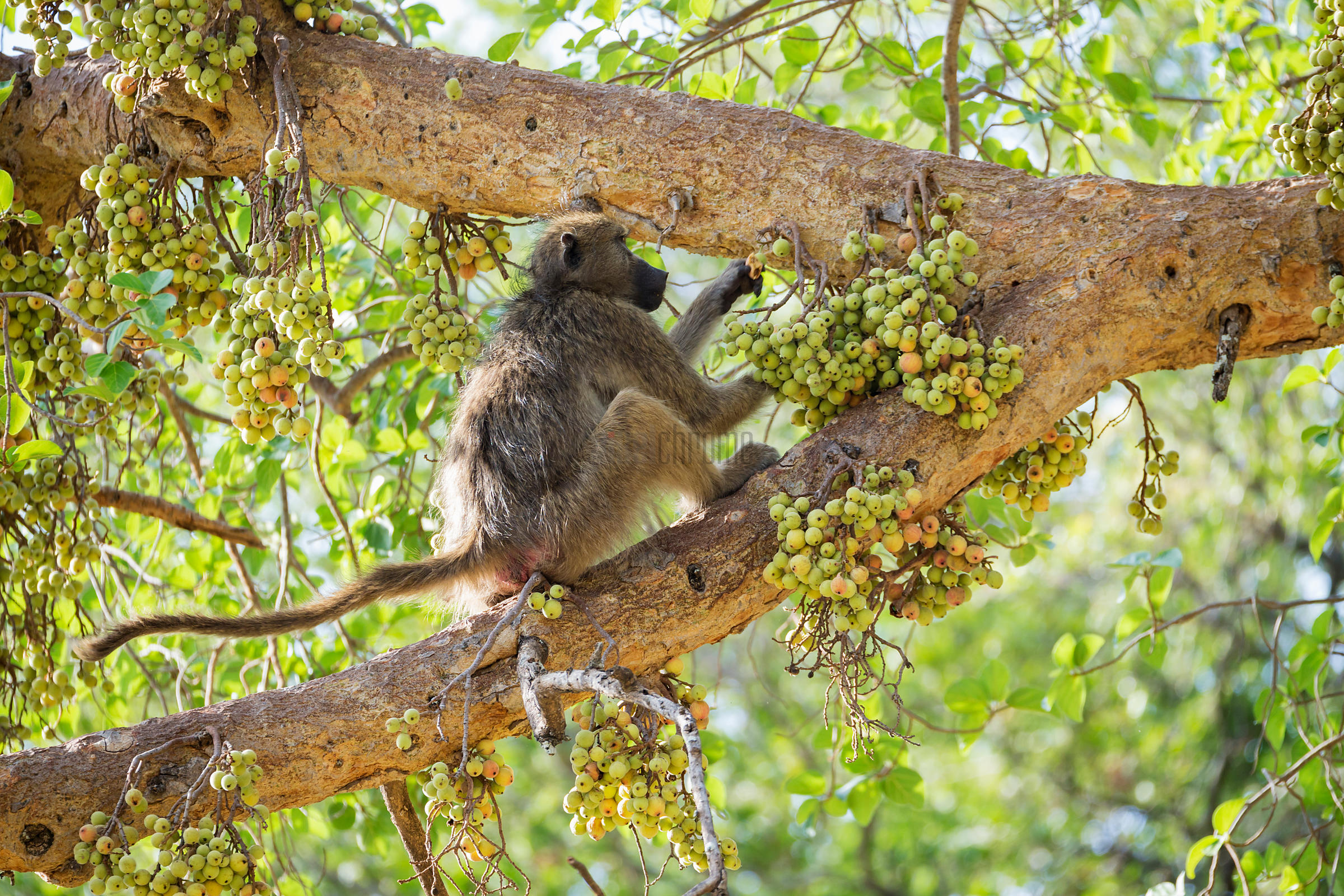 Day 1 – December 1, 2020
Arrive Johannesburg's ​OR Tambo International Airport under own arrangements. Upon arrival at Maun Airport (MUB) and after clearing immigration, you will be met by a Pixelchrome representative for your light aircraft flight* to Splash Camp in a private reserve within the legendary Okavango Delta.

On arrival in Maun, you will be met by your Moremi Air pilot for your 20-minute light aircraft flight to Splash Camp.

Day 2 – 11, December 2 - 11, 2020 – Splash Camp
Opened un June 2018, the brand new Splash Camp is situated in the heart of the Okavango Delta, within the Private Kwara Reserve. This camp will offer a very relaxed, friendly and authentic atmosphere.

Located around a pan, each of the 12 rooms is situated on a deck overlooking the pan which attracts game year round. All are en-suite with a flush toilet, double sinks and both an indoor and an outdoor shower. In addition, each room has a private veranda with outdoor lounge chairs, the perfect place to relax and take in the magnificent views and soak up the atmosphere.

The rooms and main area are simply and elegantly decorated with contemporary furniture which will complement the atmosphere of the camp. There is a plunge pool, bar, and lounge as well as an orientation center and a curio shop.

Just in front, towards the pan is the fire pit where a light breakfast is served each day before heading off on activities, and stories are told after supper in the evenings.​

Day 12 – December 12, 2020
After a morning drive and brunch, Transfer to Kwara Airstrip for your 20 minute charter flight to Maun. Clear SA Immigration, collect your bags and check into your overnight flight home. 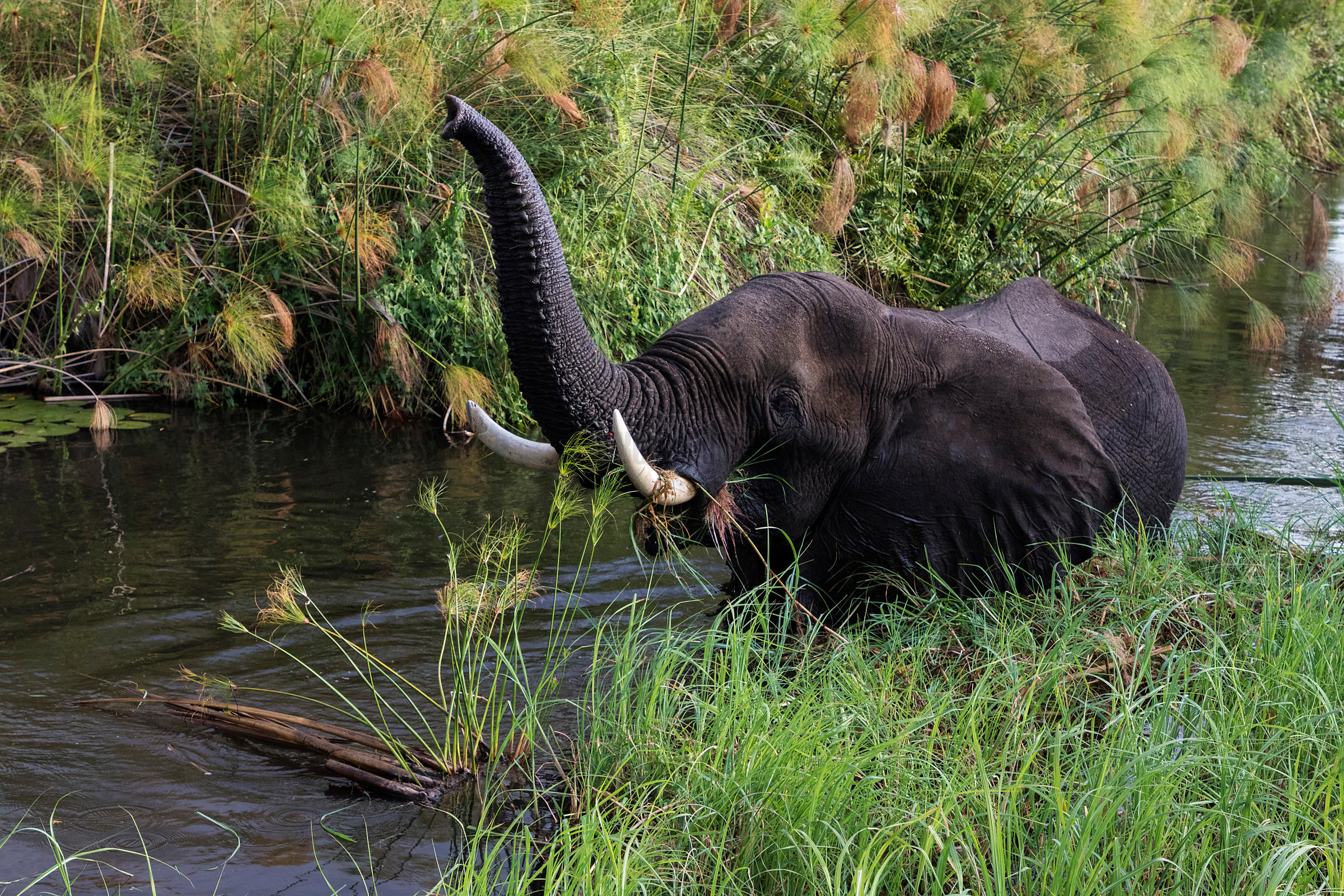 Splash is situated in an exclusive concession area and big game such as Elephant, Cape buffalo, Southern giraffe, Hippopotamus, Zebra, Kudu, Waterbuck, Impala, Red Lechwe, Tsessebe and Blue Wildebeest are regularly sighted, as are the primates, such as Baboon and Vervet Monkey. Predators include Lion, Leopard, Cheetah and Spotted Hyena and Wild Dog. Nocturnal species such as Porcupine, Civet, and Genet, White-tailed mongoose, Ant bear, Honey badger, Bat Eared Fox, and the Pel’s Fishing Owl are spotted on night drives. 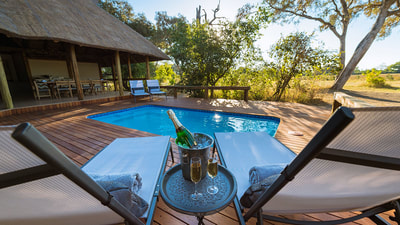 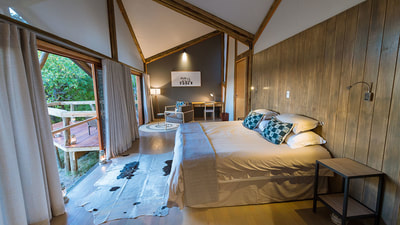 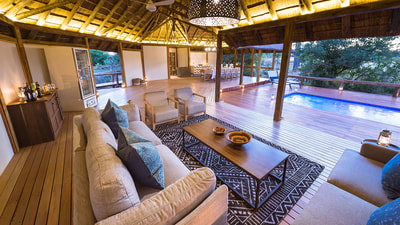 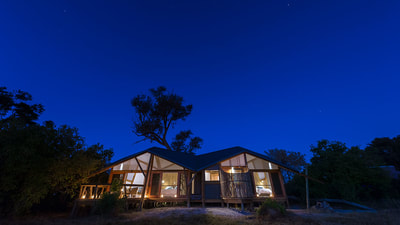 Of course, the featured activities at Kwara are the daily and nightly game drives led by a professional guide and a tracker. But there may be nothing more awe-inspiring than observing wild animals while on a unique walking safari. The watery terrain is perfect for both mokoro, a traditional dug-out canoe adventure and motorboat cruises enjoying the spectacular birds, shy antelope, majestic elephant, hippo, and crocodiles living here. Fishing in the lagoon and river channels is a unique experience. There are several tilapia species (including the olive bream or nembwe, red breasted tilapia, purple faced largemouth, and three spot tilapia), catfish, African pike, and the mighty tiger fish. 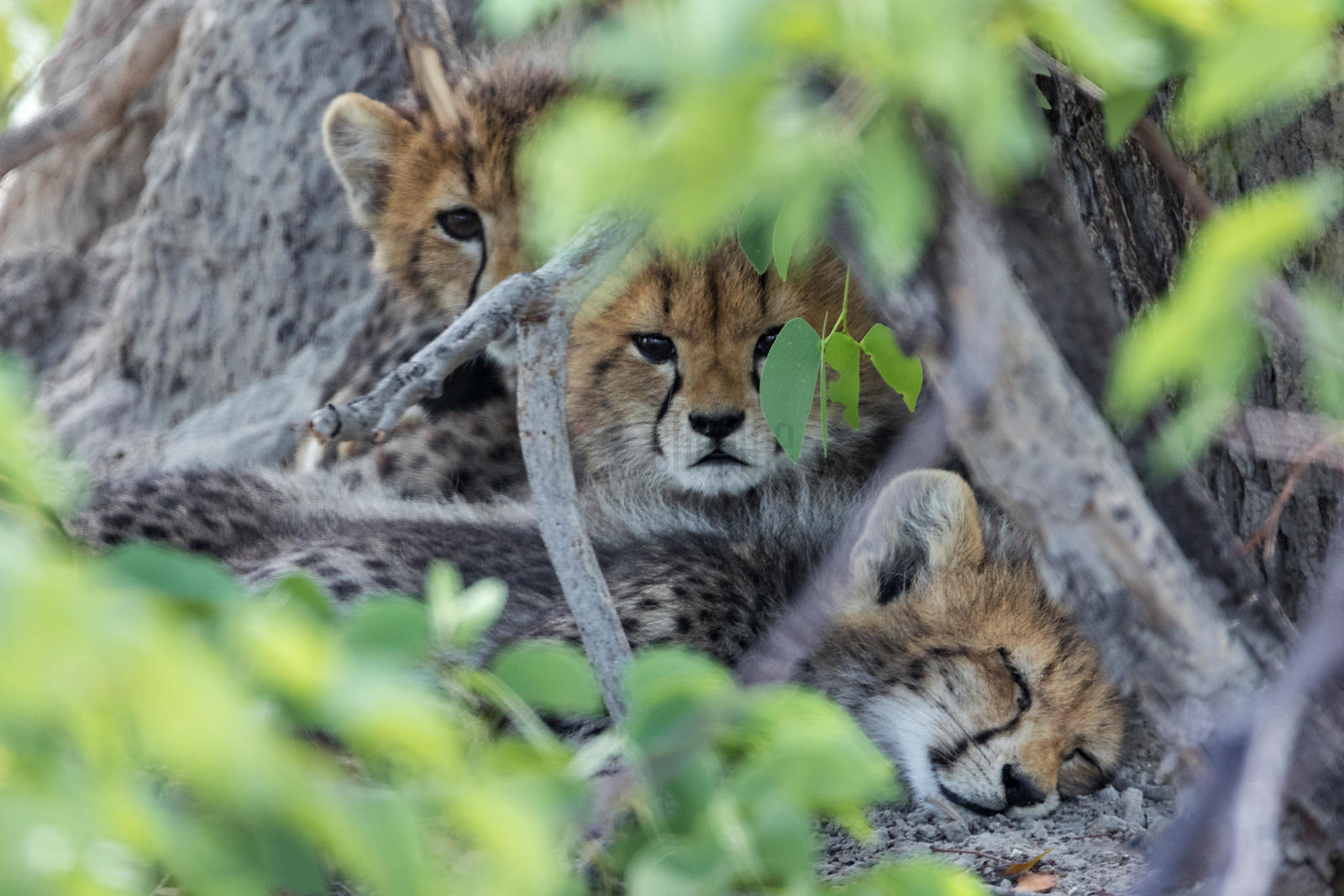 ​Arrival & Meeting Place
Arrive Johannesburg's ​OR Tambo International Airport under own arrangements. Upon arrival at Maun Airport (MUB) and after clearing immigration, you will be met by a Piper & Heath representative for your light aircraft flight* to Splash Camp in a private reserve within the legendary Okavango Delta.
​Departure
Today you will have a light aircraft flight* back to Maun (MUB) where you will connect to your departing commercial flight.
​
* Luggage is limited to 20kg per person in soft-sided bags. There may be stops en route. (Additional luggage capacity can be arranged, at additional cost.)Immigration, collect your bags and check into your overnight flight home.
​
Visa
Entering Botswana is usually straightforward provided you are carrying a valid passport. Visas are available on arrival for most nationalities and are issued in no time. If you’re crossing into the country overland and in your own (or rented) vehicle, expect to endure (sometimes quite cursory, sometimes strict) searches for fresh meat, fresh fruit and dairy products, most of which will be confiscated if found. For vehicles rented in South Africa, Namibia or other regional countries, you will need to show a letter from the owner that you have permission to drive the car into Botswana, in addition to all other registration documents.
For a list of the government’s entry requirements, see www.botswanatourism.co.bw/entryFormalities.php

November & December – Clouds start to appear, bringing cooler temperatures and an occasional late afternoon shower. This pattern of change continues in December, with typical temperatures between 20°C/69°F in the morning and 33°C/91°F in the afternoon. The more extreme Kalahari areas can still have very hot days and cold mornings. Humidity is typically between 50-60%.

English serves as the official language of Botswana. The language is widely used for written communication and is also the language of business, administration, and education. Most of the residents of the country have a working knowledge of English. About 2.8% of the population of Botswana speak English as a first language.

​The Setswana language, also known as Tswana, is spoken widely in Botswana and other parts of Southern Africa. The Bantu language is a member of the Niger–Congo language family. Tswana serves as the lingua franca in Botswana. It is spoken by most of the population of the nation. However, since most written communication in the country is in English, Tswana is mainly used as a spoken language. It is estimated that around 77% of the population of Botswana speak Setswana natively.

Pula is the official currency of Botswana. The literal meaning of Pula is rain, and the currency's name came about since there is scarce rainfall in Botswana. Therefore, the money is as valuable as the rain and is also a blessing just like rain. The sub-units of the currency is expressed as thebe which means "shield".

DEPOSIT: $1,500
SINGLE SUPPLEMENT: Depends on the number of singles we need

Our Safari operator, Kwando Safaris is considered by many to be the safari operator of choice for the discerning wildlife photographer, due to our long experience in guiding and hosting professional photographers and film makers.