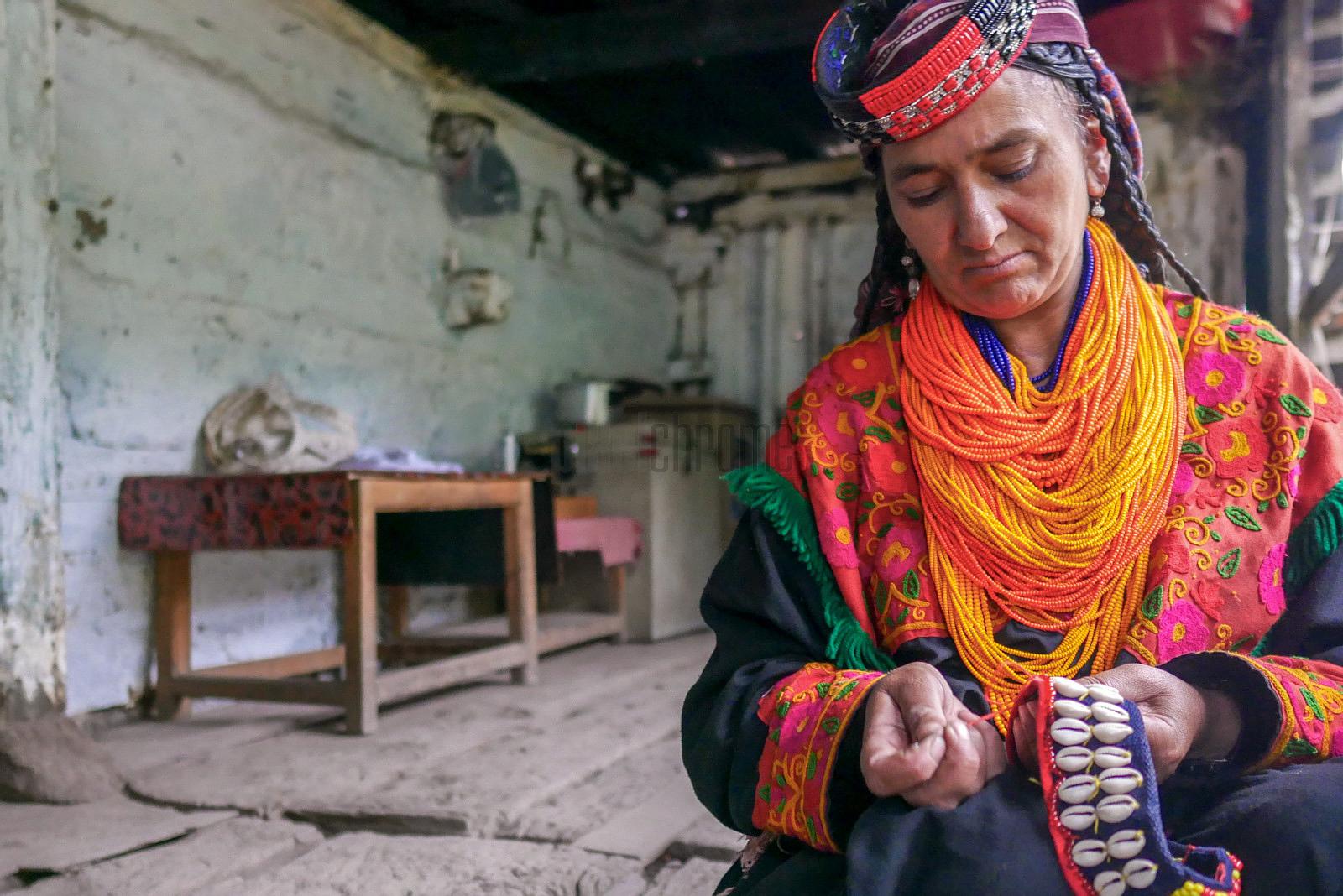 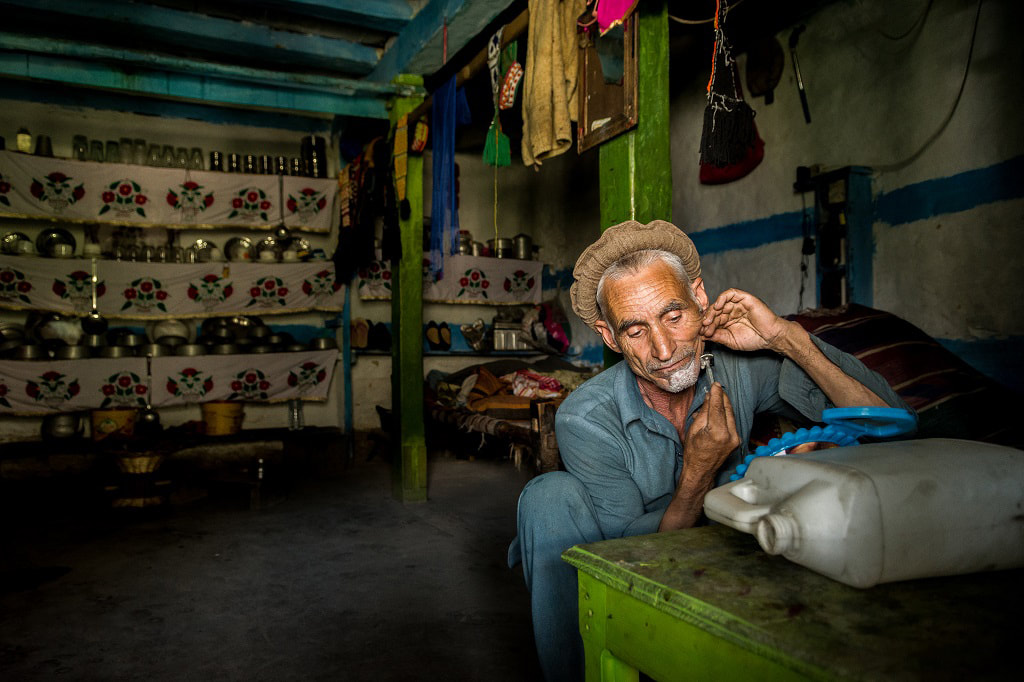 This is a cultural and historical trip for travellers looking for authentic experiences and adventure in some of the most interesting regions of central and northern Pakistan. No trekking, just some small walks.

Pakistan is starting to open up to tourism
In August 2019, the country announced a new, more relaxed visa policy to make it easier for travellers to visit. They have created a new visa system and online portal so potential visitors can find all the information they need in one place.

Pakistan has also abolished most restrictions of movement within the country. Until this week, tourists had to apply for a No Objection Certificate (NOC) to visit some areas. These have mainly been scrapped, opening up many parts of Kashmir, Chitral and Gilgit-Baltistan to overseas visitors.

There are still restrictions in six areas. Tourists are still unable to travel within 10 miles of the borders with China and Afghanistan and within five miles of the military control lines in Siachen, Kashmir and Gilgit-Baltistan.

Long-term plans are underway to turn Pakistan into a “a heaven for tourists”. The country also already has its fans among the more adventurous travellers. In 2018 the British Backpacking Society voted the country the top destination for backpackers, saying it is “home to some of the world’s friendliest and most hospitable people, and offers some of the world’s most dramatic mountain scenery.”

Day 1: 18 May — Arrival in Lahore
Arrival at Lahore airport where the guide will be waiting. Transfer to the hotel. Explanation about the travel plan (route, distances, and activities) and talk introduction about Lahore, its cultural legacy and monumentality. The most beautiful city in Pakistan, cultural and artistic center and former capital of Punjab before the partition between India and Pakistan in 1947, when India reached Peshawar. We will visit Lahore Fort (World Heritage Site), Badshahi Mosque (1674) and we will get lost in the walled city

Day 2: 19 May — Lahore
Visit to the Lahore Museum and the Shalimar Bagh Mughal Gardens (World Heritage Site). Transfer to Wagah Border, border with India, to participate in the colorful ceremony "Lowering of the Flags", daily closing of borders between the two countries at 4:00 p.m. (35km / 1h). Return to Lahore, visit the illuminated Badshahi Mosque and  Anarkali Bazaar.

Day 3: 20 May — Lahore | Islamabad | Taxila (300km / 5h)
Breakfast. Transfer by road to Taxila. Stop en route to visit the Rohtas Fort (World Heritage Site). Extraordinary example of military architecture, built by Pashtun King Sher Shah Suri to protect the communication route between Calcutta and Peshawar from Mughal attacks. Continuation to Islamabad, the current capital of Pakistan, built in 1960 with funds from King Faisal of Saudi Arabia, to replace Karachi. Modern, planned and impersonal city, political center of the country. Continue to our hotel in Taxila, base to explore Gandhara.

Day 4: 21 May — Taxila | Chilas (6h)
Breakfast. The mythical ascent begins on the Karakorum Highway that opened a series of isolated valleys and lost kingdoms in 1984. Arrival at Chilas, a traditional mountain town with a central market along the main street.

Day 5: 22 May — Chilas | Gilgit (8h)
Breakfast. Route through impressive Himalayan landscapes along the Karakorum Highway (many works that slow down the route). Gulmit is a town that serves as headquarter of the Gojal, also known as Upper Hunza. Gulmit is a centuries-old historic town, with mountains, peaks and glaciers.

Day 6: 23 May — Gulmit | Gilgit (5h)
Breakfast. Route through impressive Himalayan landscapes along the Karakorum Highway (many works that slow down the route). Late arrival to Gilgit, capital of Baltistan. The largest city in the mountainous north crossed by the Indus. Gilgit is a point of confluence of the people of the mountain villages who come to shop.

Day 7: 24 May — Gilgit | Damas (3h)
Breakfast. We will penetrate the heart of the Hunza Valley on the Silk road and one of the most beautiful places on the planet. Arrival to the capital of the Valley, Karimabad. It is a small mountain town, with stone streets, neat, clean, with cafes and restaurants, craft stalls and antiques. A quiet place, ideal for a long stop and tour the famous Hunza Valley. Walk the mountains and valleys full of apple trees, enjoy the blue river and meet the empowered women and the men of the town with their self-managed projects. Here people are educated, both men and women and are all Ismailis with the Aga Khan as the leader of the religion. It is a unique place in Pakistan. After visiting the ancient villages of the area, we will reach Damas. We will greet Mir, descendant of the Feudal Lord of the area and explore the traditional houses of the town. 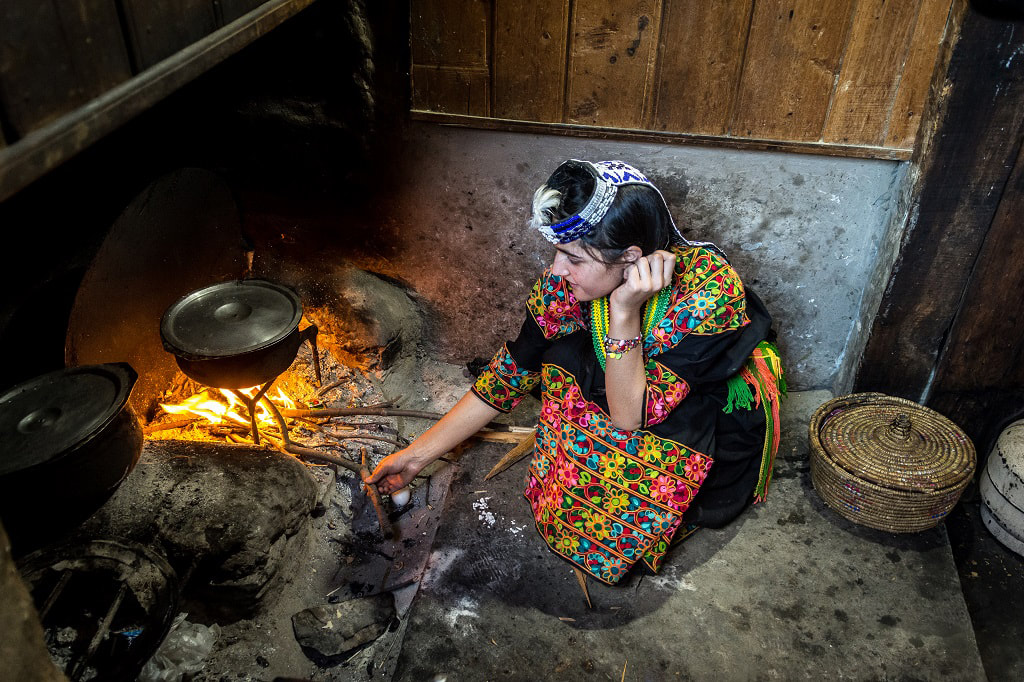 Day 8: 25 May — Damas| Kingdom of Chitral (10h)
Breakfast. Long route through landscapes of great beauty. Centennial coniferous forests, populated with adobe houses perched in the mountains and in the small valleys where rivers barely-explored , flow. After taking the Shandur Pass, (12,200ft) where the highest Polo tournament in the World is celebrated (the tribes of this area invented this sport that the British adopted as their own), we will arrive at the Mountain Kingdom of Chitral.

Day 9: 26 May — Chitral | Ayun (25KM / 1h)
Breakfast. Talk about the Kingdom of Chitral (nature, ethnography, history). Bureaucratic morning at the police station in Chitral. The local authorities will issue us a permit to explore the Kingdom and the remote Kalash Valleys (borders with Afghanistan). In most cases they usually propose the accompaniment of one or two police officers. After paperwork, visit the royal mosque, the palace and the central market of Chitral. Route to Ayun for lunch with the royal family of Chitral (if possible) in their summer palace. Pakistani monarchies lost their former power (maintained during the British colonial regime) from 1965 under the government of Butho, father of Benazir Butho, who also ruled the country in the 1990s. Despite the decline of feudal power, the The current monarch of Chitral continues to influence society and has created a lobby of pressure with local leaders, environmentalists and tour operators to open the old Kingdom of Chitral and the Kalash Valleys to the World. The idea is to value the ecosystem, the cultural heritage, and the great ethnic diversity of this remote region of Pakistan, forgotten by Islamabad. Afternoon visit to the royal gardens and the town of Ayun.

Day 10: 27 May — Ayun | Kalash Valleys (20km / 1h)
Breakfast. Talk about the Kalash culture, the last village of the Himalaic religion in the Hindukush. Winding track route to the Kalash Valleys, a magical place that has preserved its identity despite the pressures of the outside world (Islamization, forced schooling, Afghan conflict, immigration of people from the Chitral Valley, and tourism that comes with more strength to these, until recently, forgotten mountain valleys).

For two days we will explore the three valleys Rumbur, Bumburet and Birir, to learn about the reality of this unique and fascinating town. Surprising the physical appearance of men and women (light skin, green eyes, blue, many blond and blond). There is a theory that they are descendants of soldiers of Central-European origin who were part of the troops of Alexander the Great who passed through this region on their way to India. Physical aspect aside, the Kalash are very hospitable and like to explain things about their culture. They have different taboos, very particular traditions and above all, a unique dress (women only) that is worth discovering.

Day 11: 28 May — Kalash Valleys | Timergara (8h)
Breakfast. Farewell to our hosts the Kalash and goodbye to this wild land. Long route enjoying the landscape through gorges next to the Panjkora River, to the fertile valleys of the Hindus. Talk summary of the trip and the highlights so far.

Day 12: 29 May — Timergara | Peshawar (5h)
Objective: Peshawar. Mythical millenary border city, located on the Karakorum road, strategic point on the Silk Road, east of the Khyber Pass where the Persian Empire, Alexander the Great, the Mughals, Marco Polo and even Churchill crossed! Cultural and hotbed crossroads of intrigues and collusions, where history is breathed everywhere. Arrival and accommodation at the hotel. Talk about Peshawar (urban map to understand historical periods and socio economic reality). Exploration on foot of the old quarter; mosques, monuments of different periods, the popular atmosphere of the markets, of the shopping street. The city has hosted thousands of Afghan refugees, it is noted for the large number of women covered with burqa.

Day 13: 30 May — Peshawar
Breakfast. Visit the Peshawar Museum, the Khyber and Khawani Bazaars with its old storytelling street, the Mahabat Khan Mosque, the Shinwar shopping plaza, the University, the Islamia College, the Peshawar Club, Khyber House, the Bala Hisar Fortress, Sethi St. and the Caravanserai Gor Khatri. With the local guide we can penetrate the bowels of the most authentic Peshawar and understand the essence of the most magical city in Pakistan. 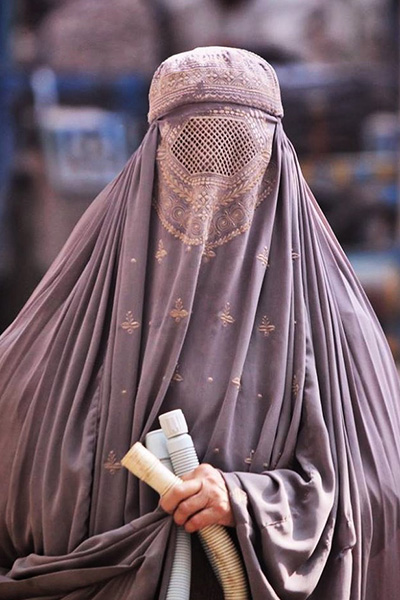 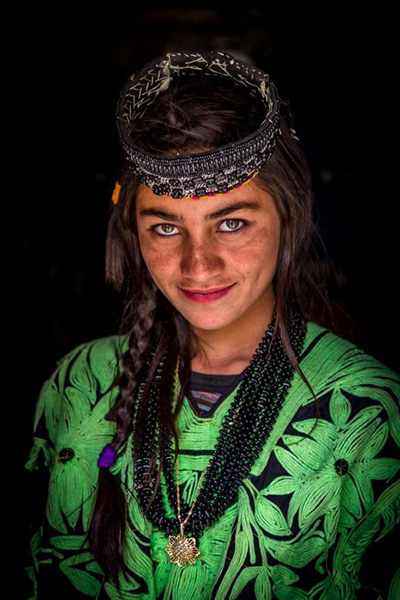 Arrival & Meeting Place​
Lahore Airport. Depending on where you are coming from, the following airlines fly direct in to Lahore: Gulf Air, Qatar Airways, Oman Air, KLM, Air Arabia, Kenya Airways, Malindo Air and Alitalia.
Departure
Peshawar Airport. Airlines including Emirates, Qatar Airways, Turkish Airlines fly out of Peshawar.
Visa
In August 2019, the country announced a new, more relaxed visa policy to make it easier for travellers to visit. They have created a new visa system and an online portal so potential visitors can find all the information they need in one place. ​

For US citizens a valid passport and valid Pakistani visa are required. There are no provisions for visas upon arrival.

Weather
Temperatures in the northern mountainous regions of Pakistan in August averages between the mid 80s F to the mid 60s overnight. Temperatures in the cities will be somewhat higher from the low 90s during the day to the mid 80s at night
Language
While many nations are adopting English, Pakistan is going the opposite way, with the Supreme Court ruling for it to be replaced with Urdu as the official language. Urdu is beautiful, vastly expressive, and the medium of some of the most powerful literature generated in the Indian sub-continent over the last two or three centuries. It is spoken by many in Pakistan, especially in the main urban centres. However there is no region in Pakistan which can be categorised as originally Urdu-speaking.
Currency
The Pakistani Rupee is the official currency of Pakistan since 1948. The coins and notes are issued and controlled by the central bank, namely State Bank of Pakistan. 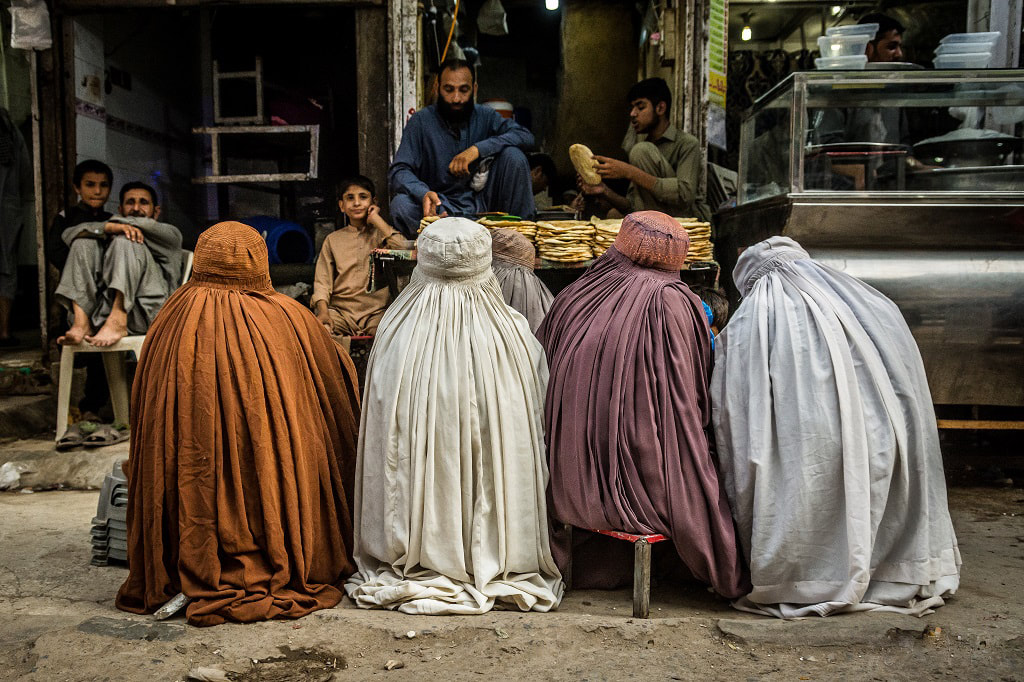