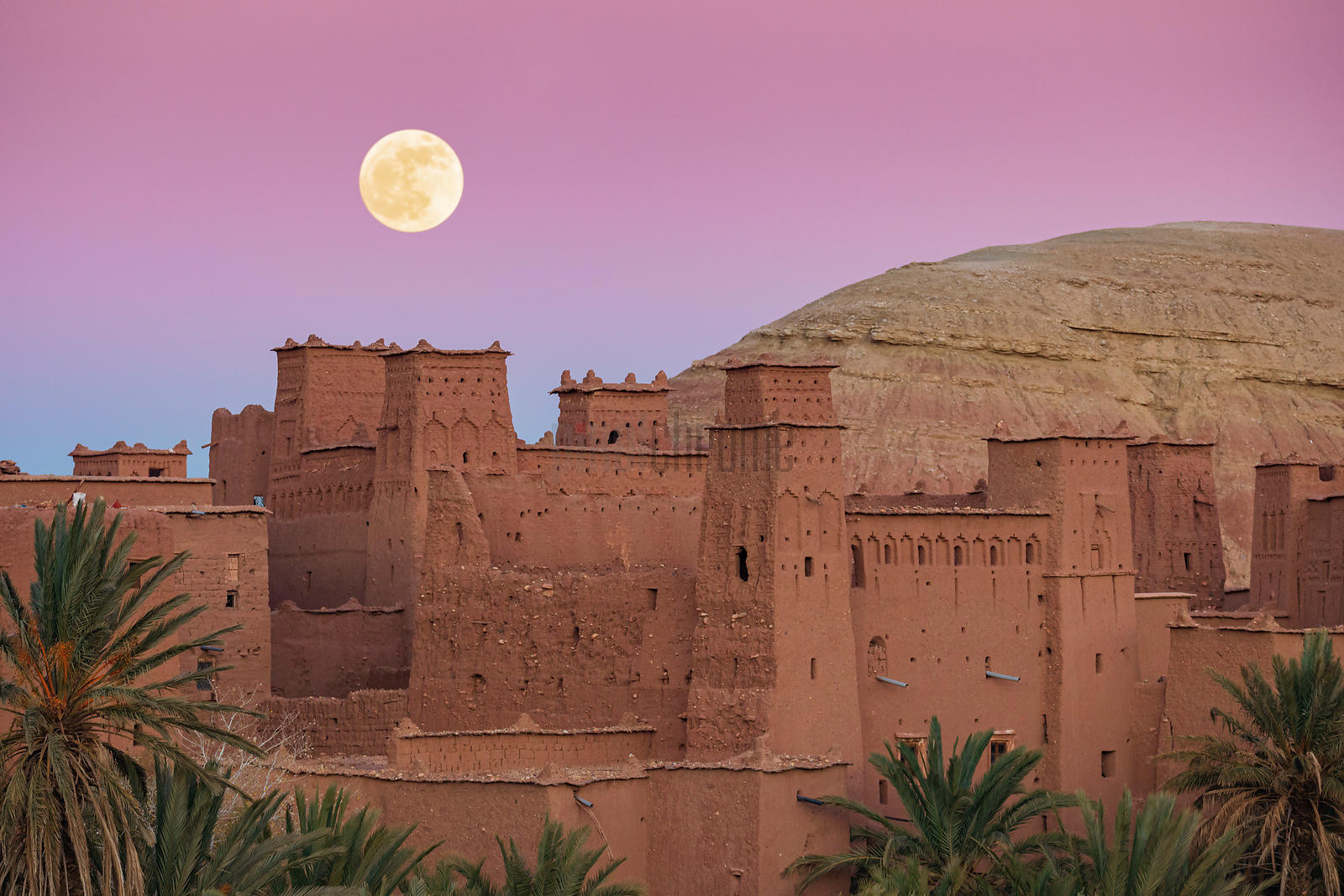 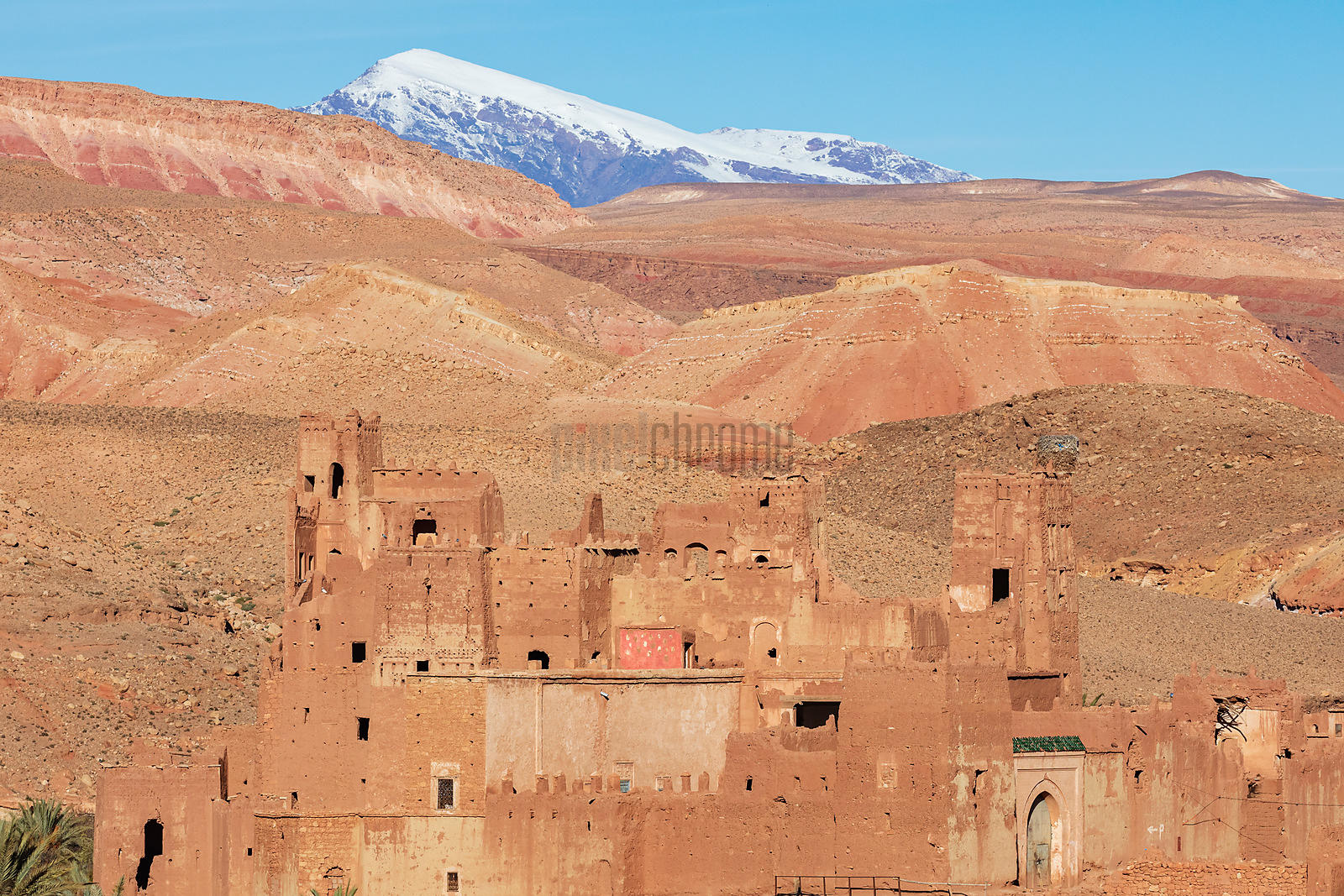 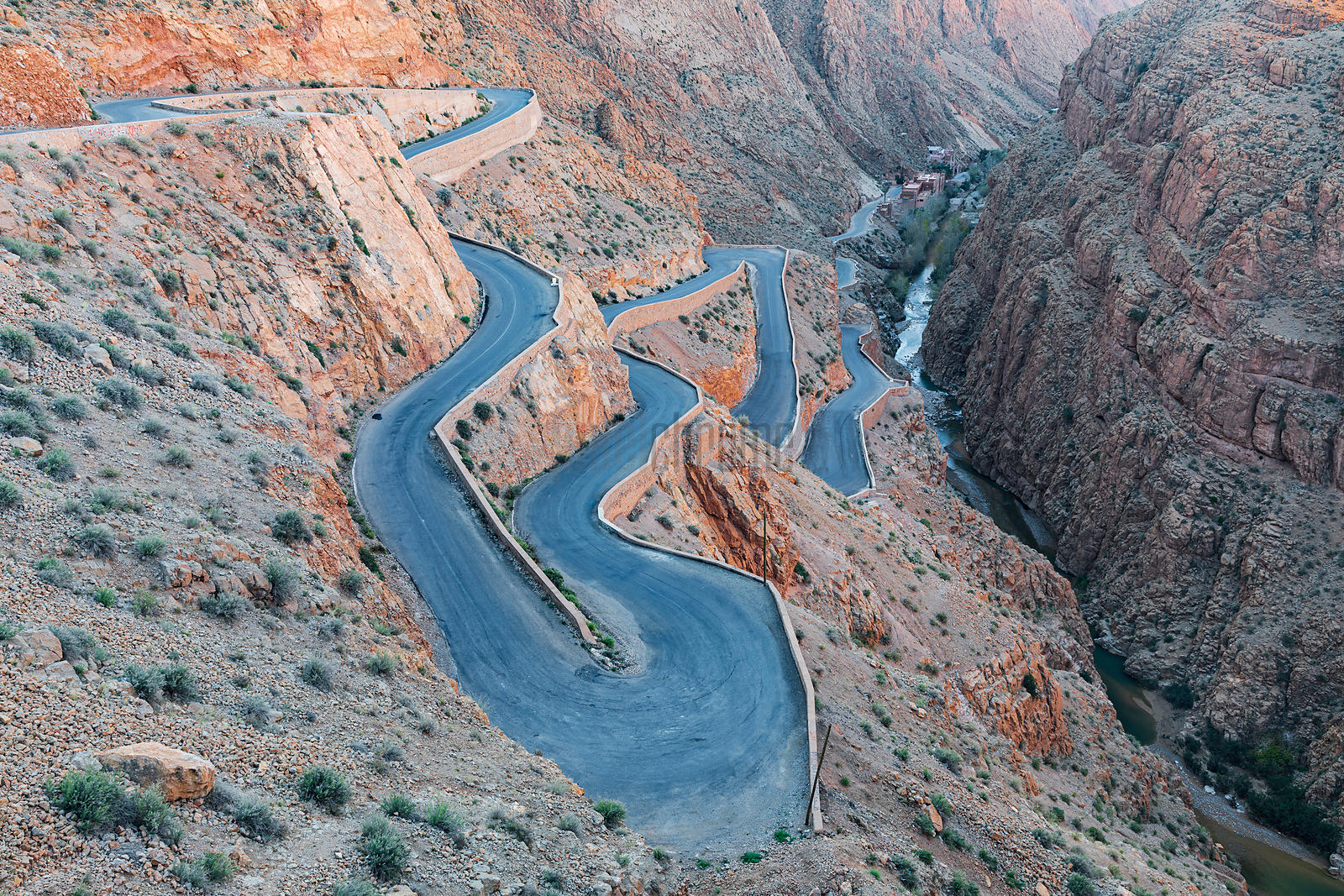 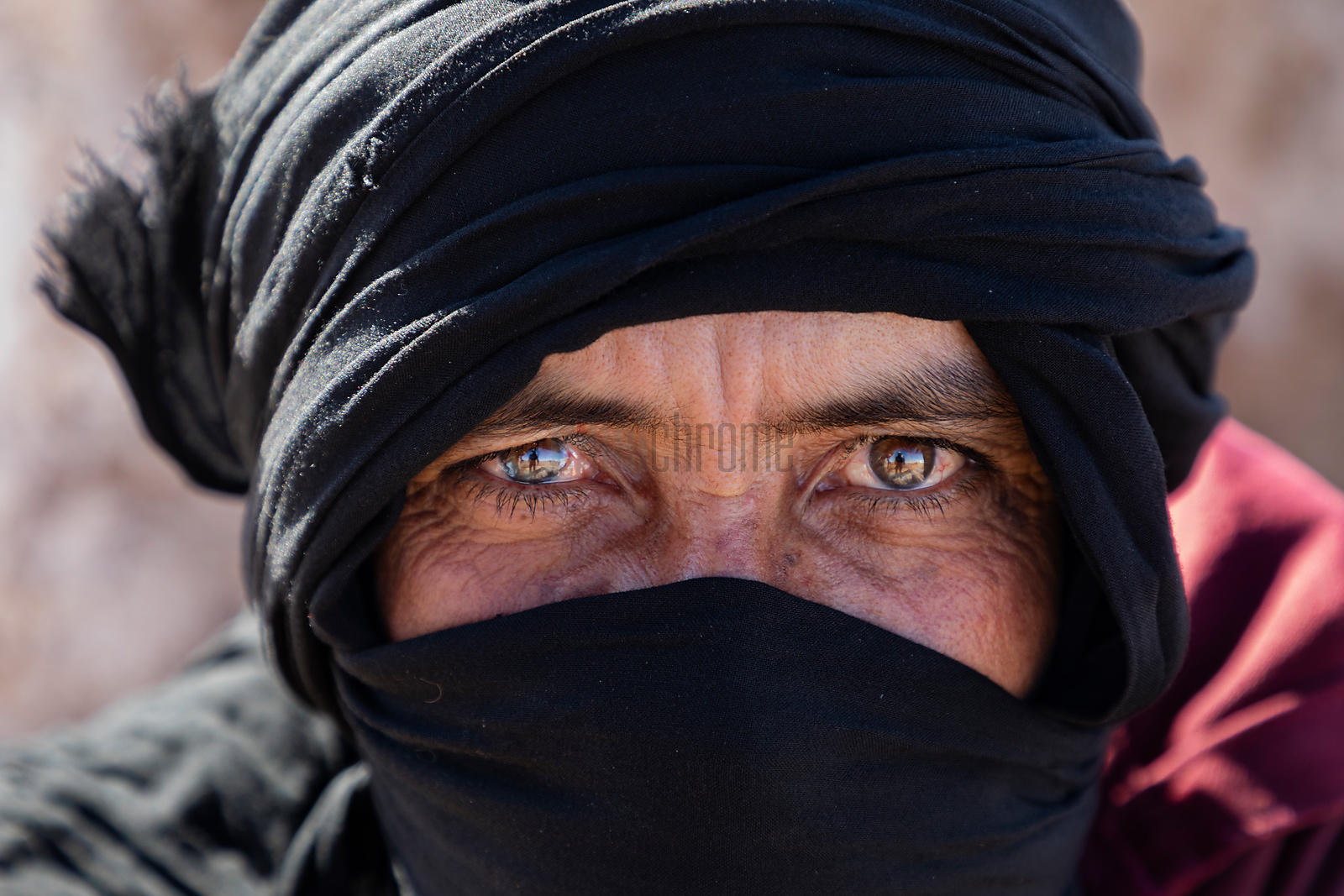 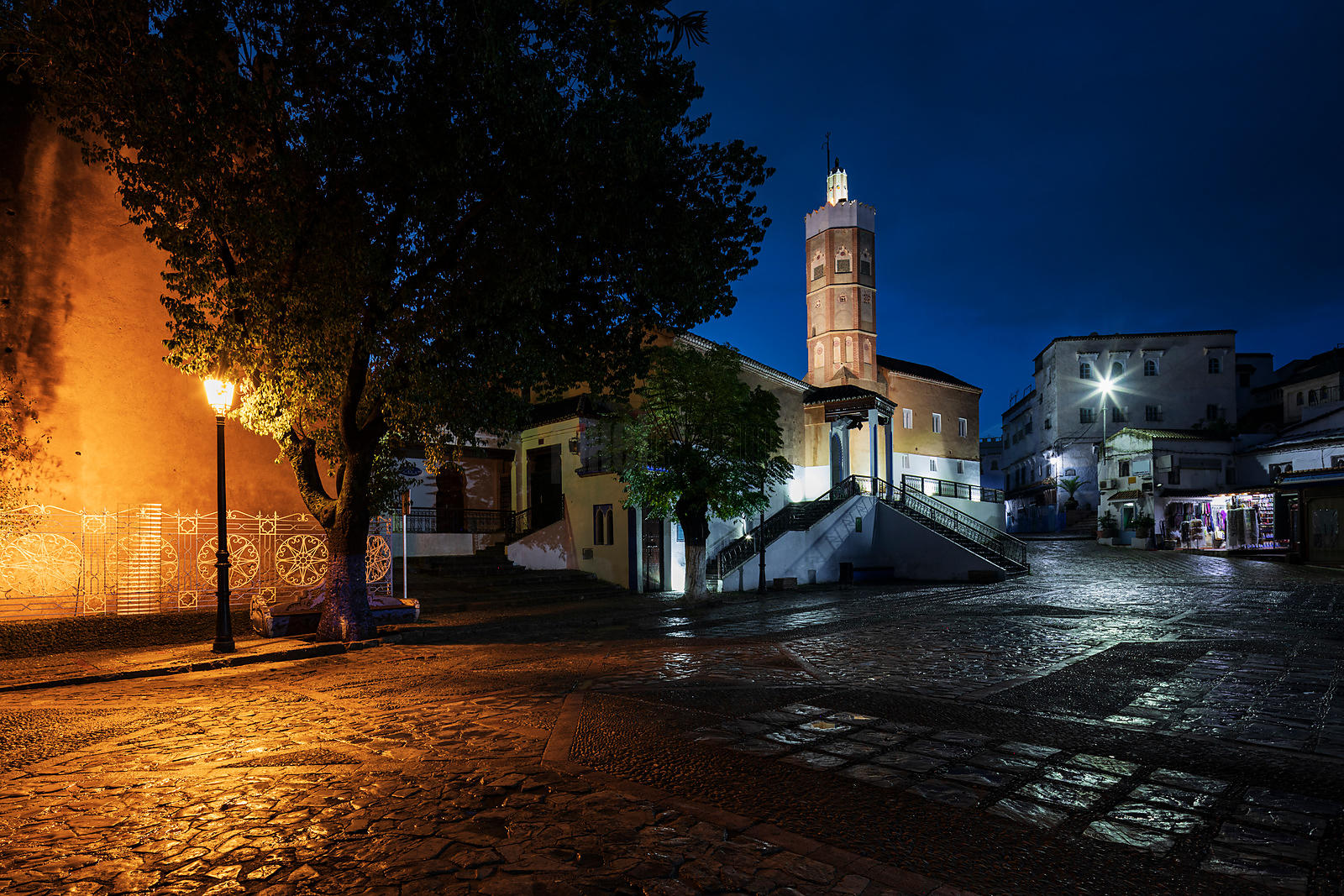 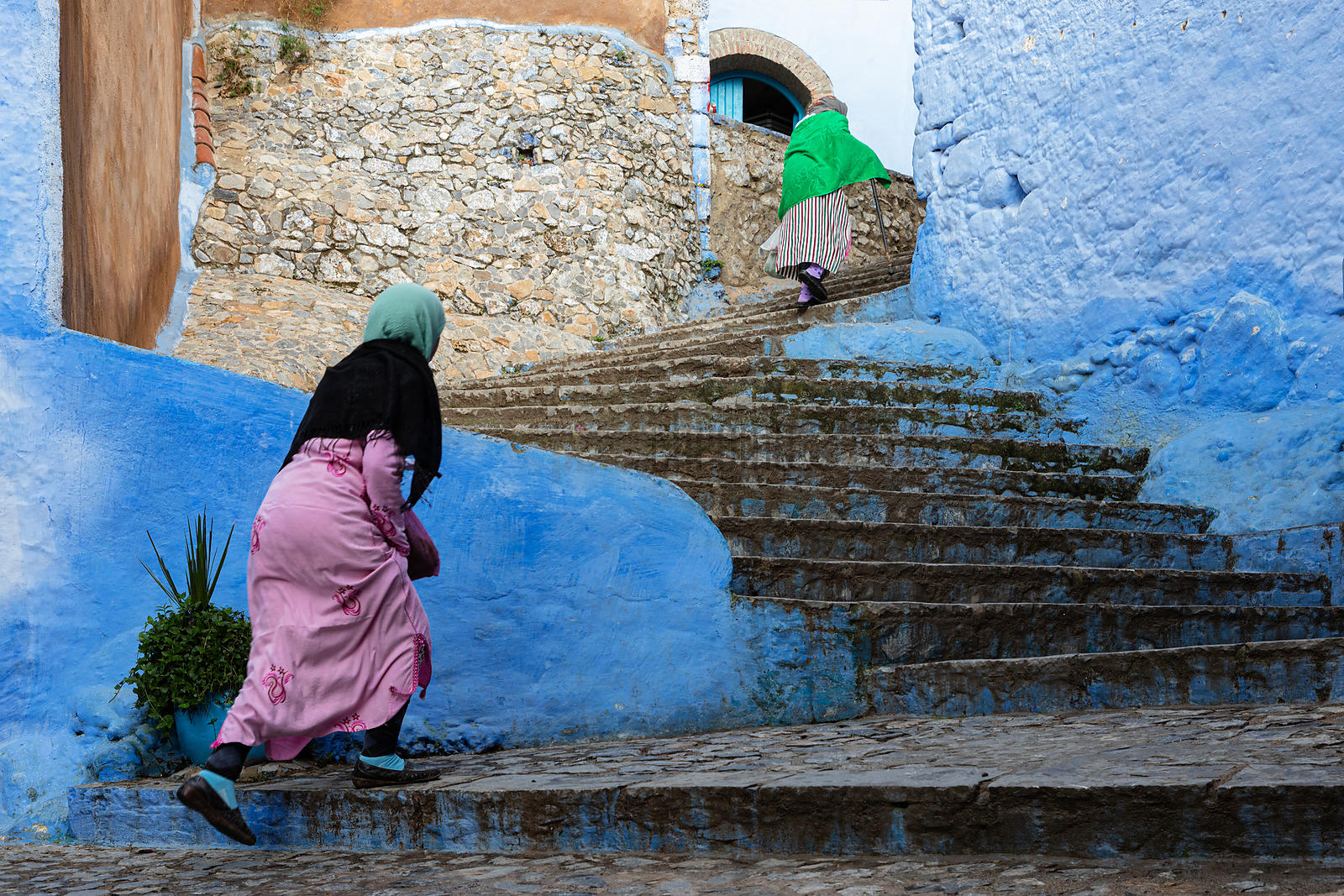 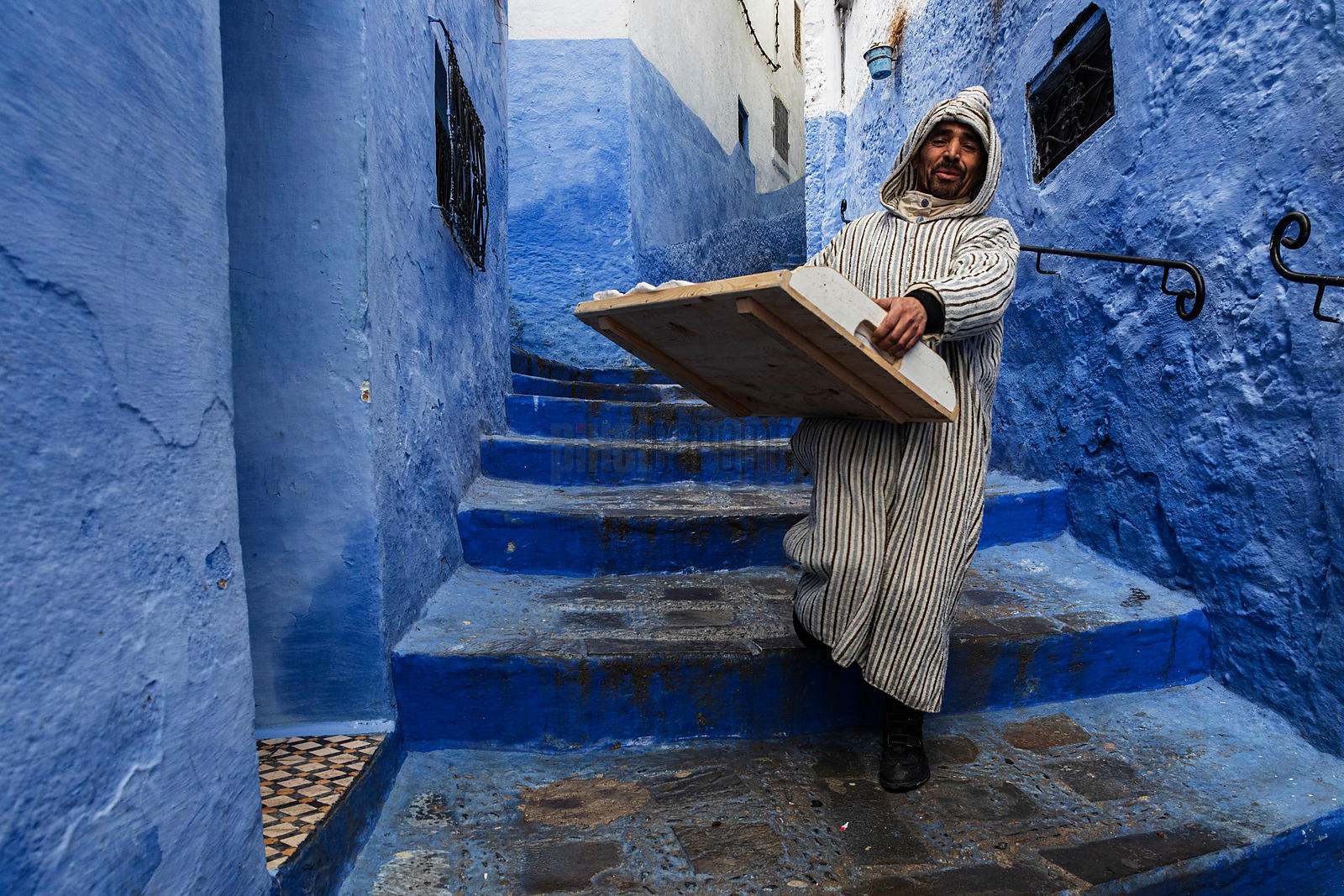 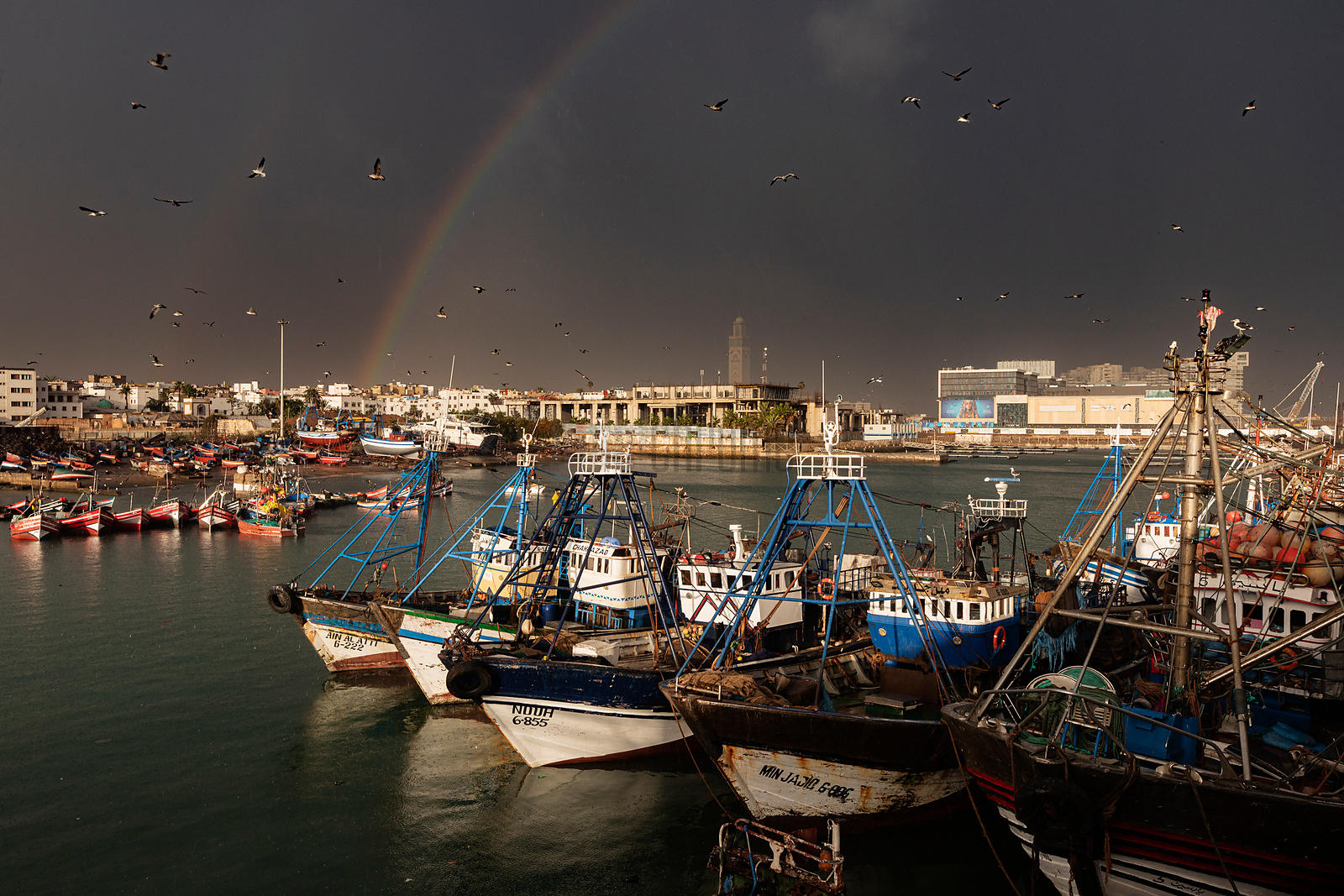 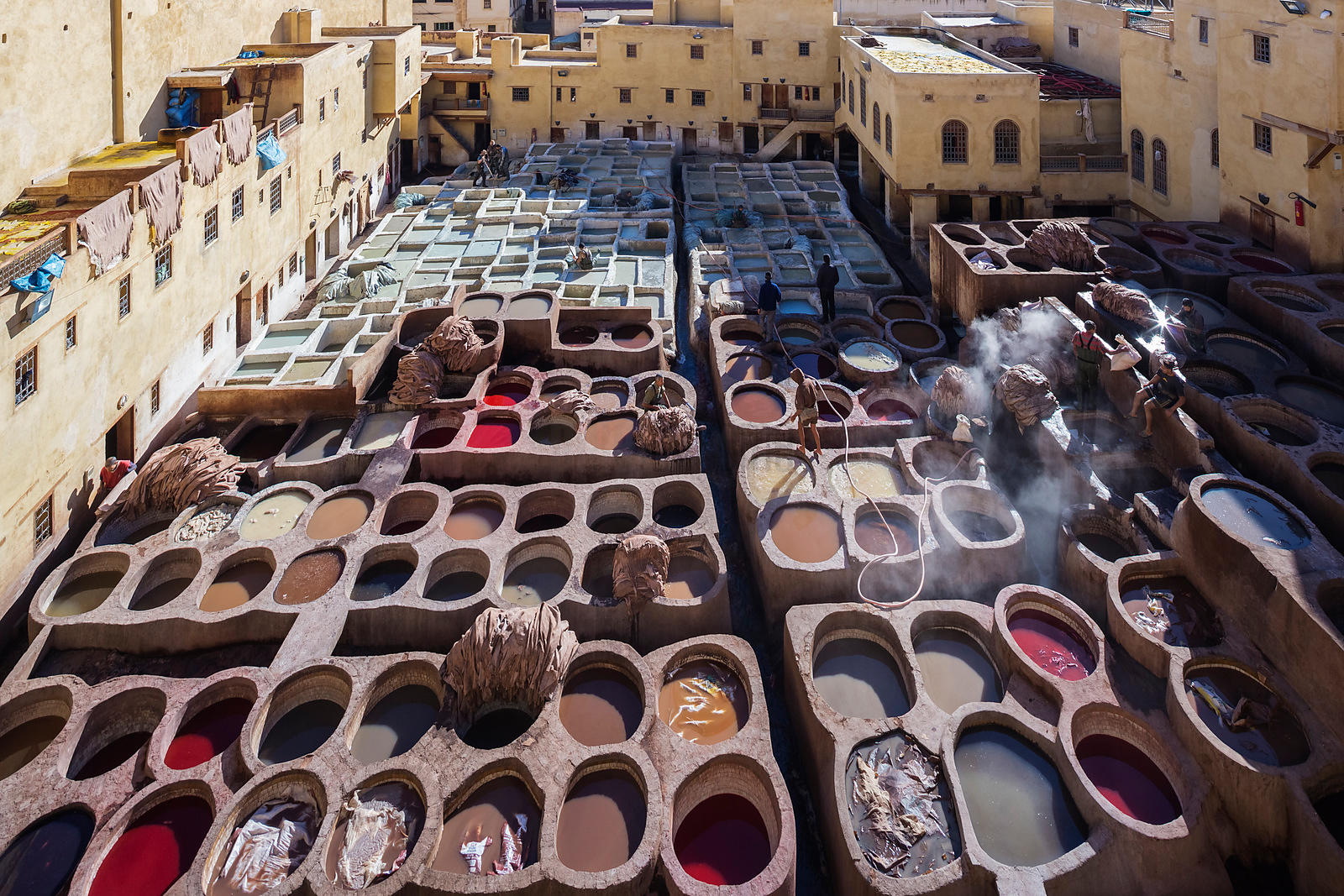 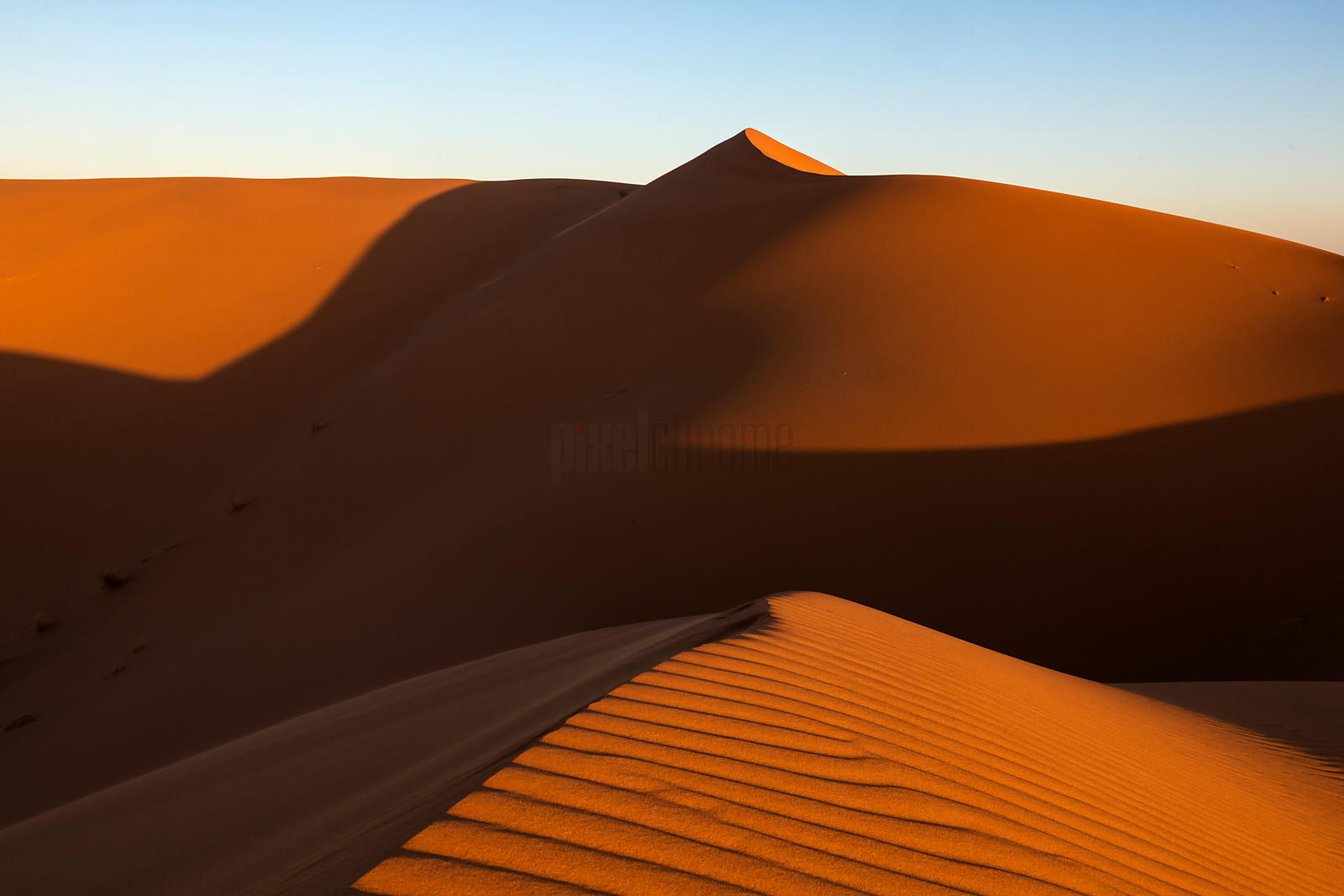 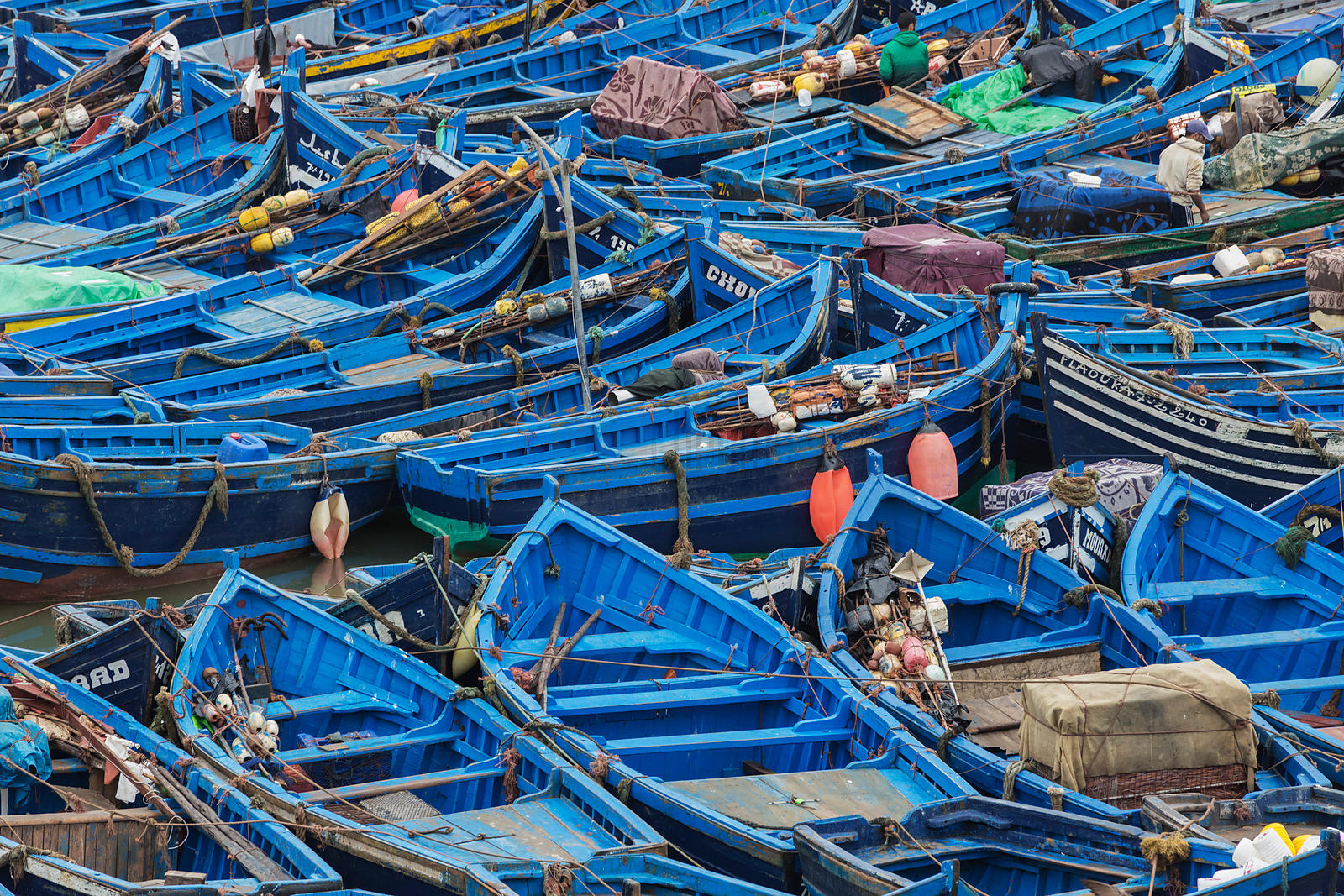 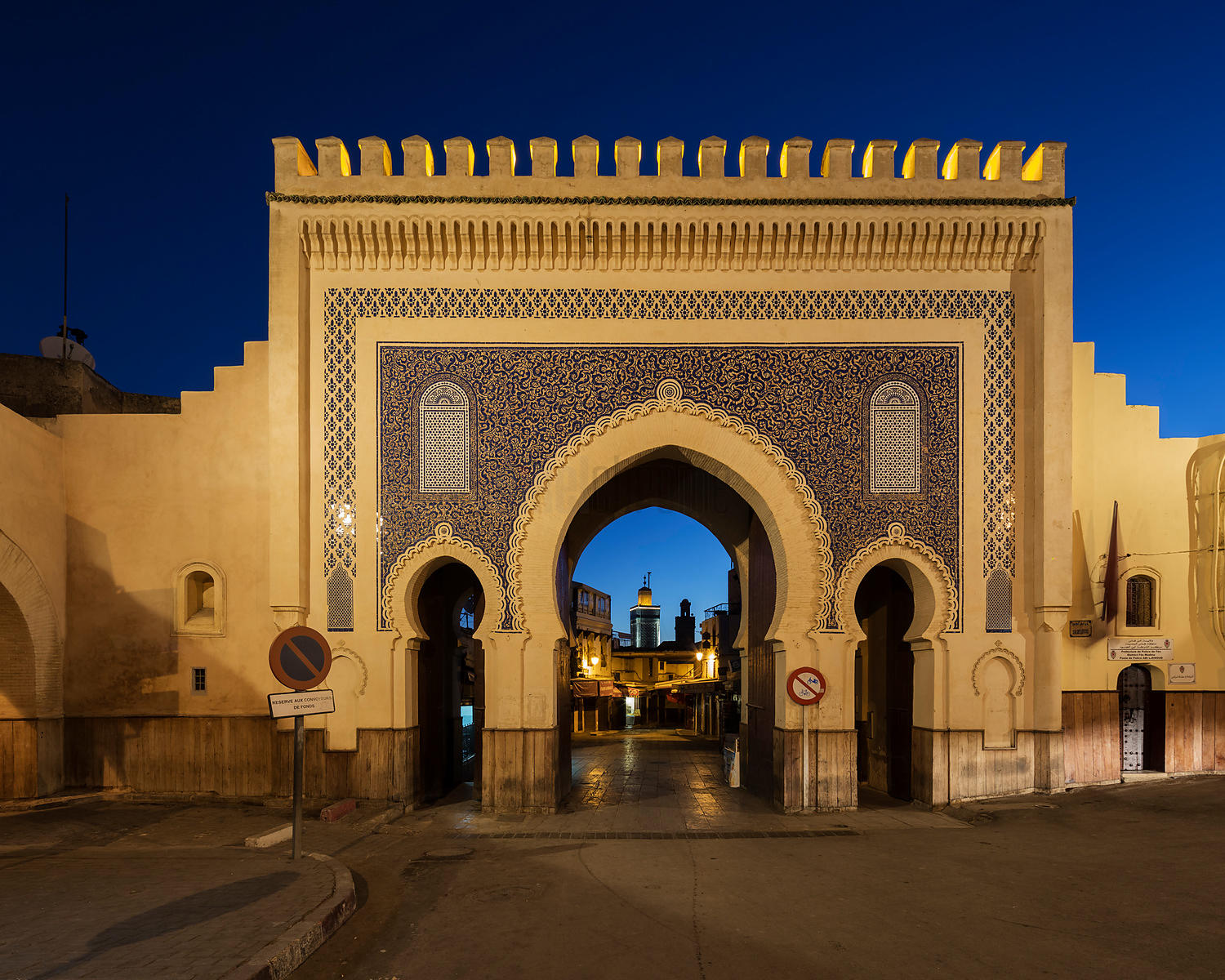 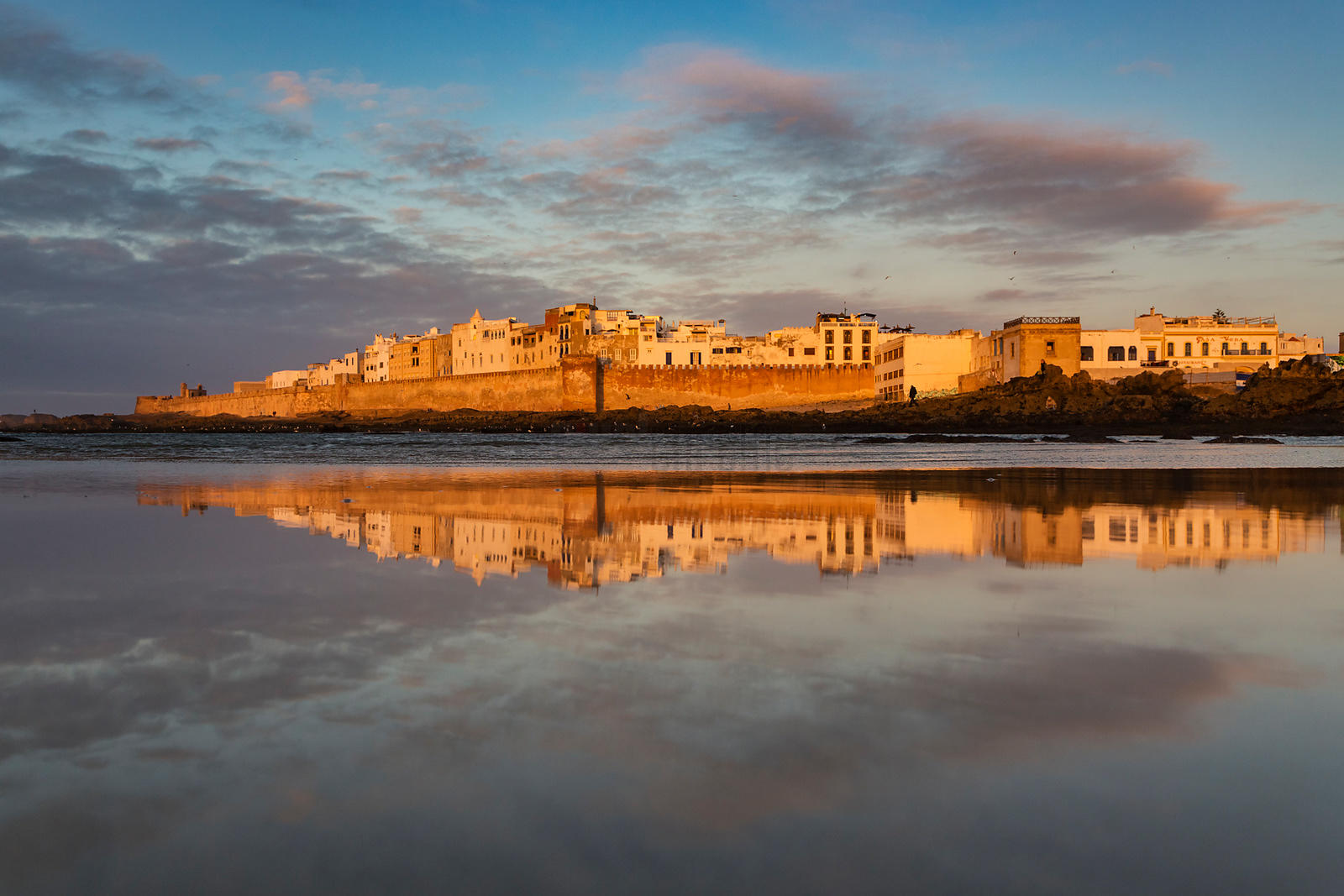 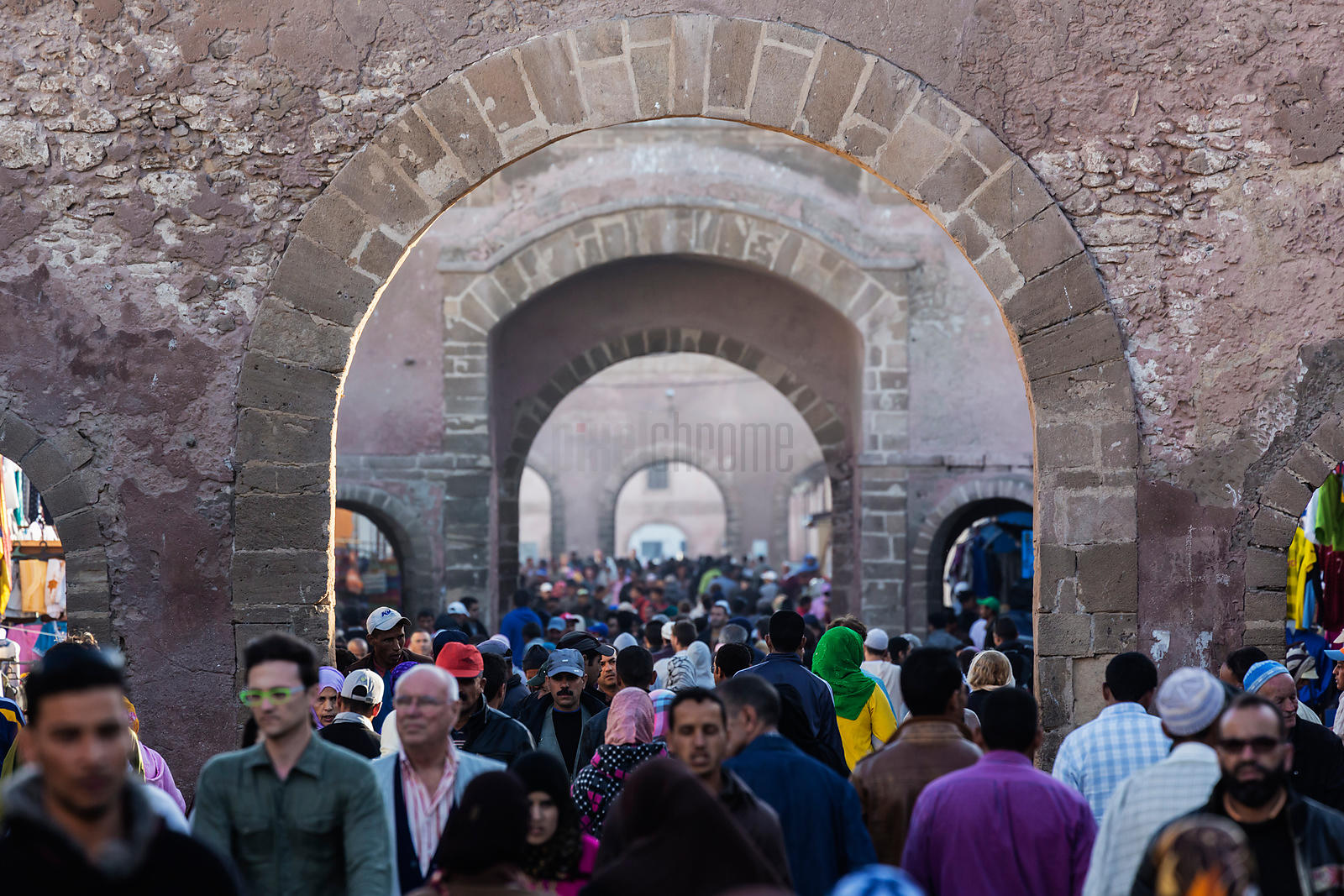 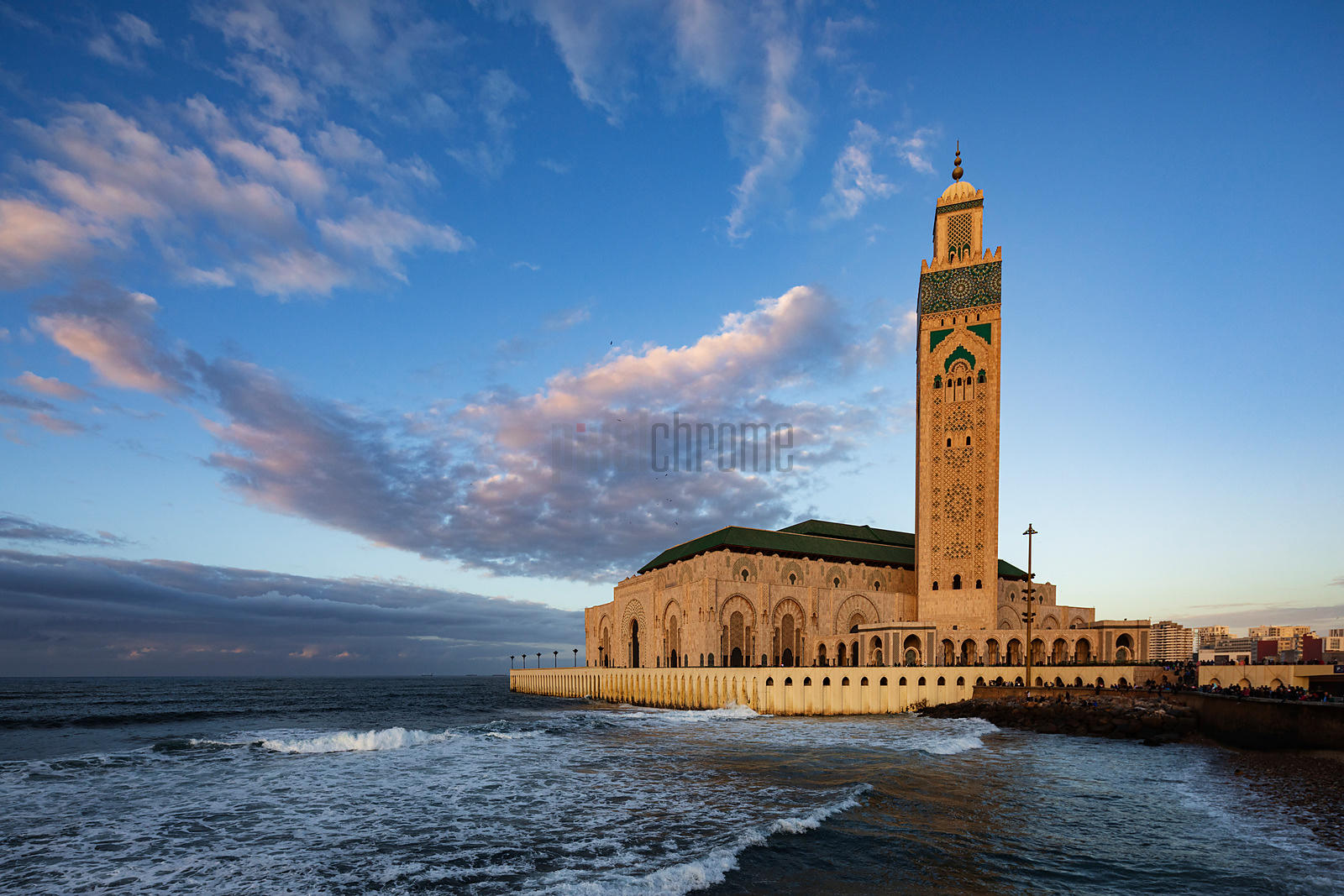 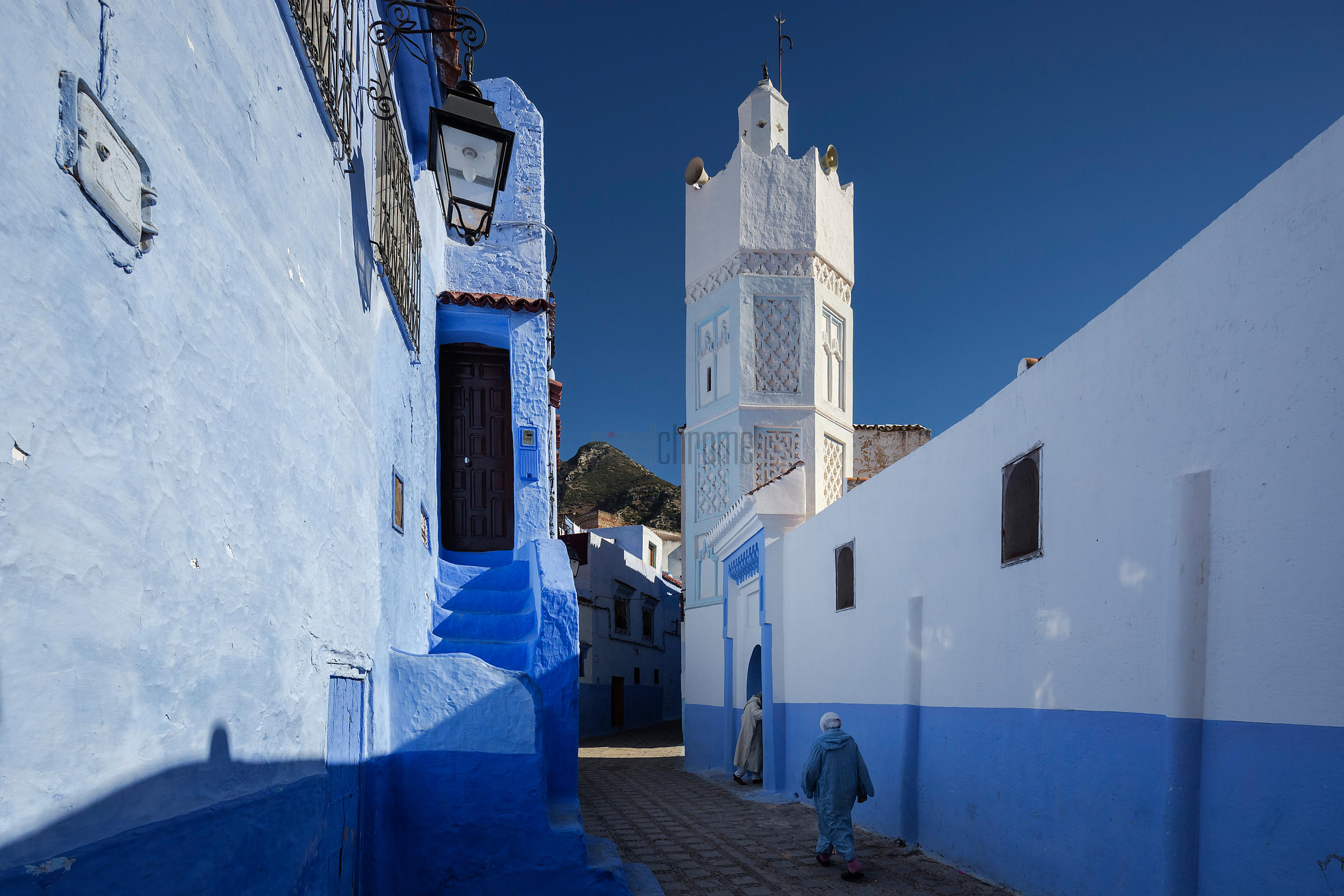 Day 1: March 2, 2021 – Casablanca
Arrive in Casablanca, where a driver will be waiting for you to transfer you to your hotel. The group will meet in the evening for dinner.

O/N Hotel Novotel or similar (D)
Ideally located in the heart of the business district and a few steps from the city's sights, the Novotel Casablanca City Center has 281 air-conditioned, modern and spacious rooms. Welcoming both tourists and business travelers, our hotel offers free WiFi access throughout the building, a self-service business center and 4 meeting rooms. It also has a fitness room, bar and an international restaurant to relax.

Day 2: March 3, 2021 – Casablanca/Chefchaouen
After breakfast you will drive to the north. After stopping for lunch in Ouazane, we will continue to Chefchaouen, a city known for its collage of blue hues on the edge of the Rif Mountains.

​O/N Ryad Lina or similar (B,L,D)
Surrounded by magnificent cerulean mountains and nestled in the heart of the medina, this luxurious riad enjoys a privileged position in one of Morocco’s most unique destinations. Many of the bright and spacious suites enjoy views of the surrounding peaks and the bustling medina. 300 square meter terraces offer spectacular views, making Lina Riad and Spa a haven of tranquility within one of the most peaceful places in the world.​

Day 3: March 4, 2021 – Chefchaouen
Today will be spent in the town of Chefchaouen, which is built into the mountainside. The town was founded in 1492 by Moorish exiles from Spain, often called Chaouen by Moroccans. In the medina, people sell all sorts of vegetables and fruits amid the narrow cobbled alleyways of whitewashed walls and blue doors. Throughout the streets you will see locals carrying handcrafted goods and supplies as they have for centuries. The open-air market is one of the oldest and most charming, with steep narrow streets, paved with stones that have been polished by countless feet over the centuries. The homes are painted white, azure blue, indigo, and purple and have blue shutters and elaborately decorated doorways.

O/N Ryad Lina or similar (B)

Day 5: March 6, 2021 – Chefchaouen/Fez
Today continue to the town of Ouzane and ancient Roman City of Volubilis; surrounded by rolling farmlands this is an extremely scenic drive. Volubilis was Rome’s provincial capital in Morocco, with structures dating to the second and third centuries AD. With time to walk and explore we then continue to Fez and transfer to your riad where you will enjoy dinner and classic Moroccan atmosphere.

O/N Riad El Yacout or similar (B,L,D)
Riad El Yacout is an old traditional formally residential home that has been carefully restored to provide hospitable, comfortable and affordable luxury accommodation. This house was built by a famous researcher & professor at university of Quaraouiyine in the 16th century. In the year 2000, the current owners bought this property and spent years to restore the riad. Ideally situated in the heart of the bustling Fez Medina near the large Batha Fountain, Riad El Yacout provides easy access to the Medina and the famous Blue Gate (Bab Boujloud).

Day 6: March 7, 2021 – Fez
A full guided day to enjoy the medina and souks of Fez. The medina (an ancient city enclosed within defensive walls) dates back to the 12th century. With your guide you will explore the narrow winding alleys on foot discovering a whole new world of colorful sites, exotic sounds and scents of spices. Life in medina seems untouched by time. The souks (markets) are filled with an incredible array of crafts and some of the finest Berber carpets in Morocco. Your visit will include panoramic view of the Fez Medina, a wonderful pottery workshop, lots of time to explore on foot the medina, Madrasa el Bouanania, the souks and tanner neighborhoods. Enjoy lunch in the medina at a traditional restaurant with the entire day to absorb Fez. In the evening return to the riad for another night.

Day 7: March 8, 2021 – Fez/Erfoud Area
This morning you depart early for your drive across the Middle Atlas mountains to Erfoud. En-route we visit the French hill station of Ifrane. Built in the 1930s by French colonials the town now is home to a local university. We stop for lunch in the mainly Berber town of Midelt and continue south towards Errachidia, Erfoud.

Day 8: March 9, 2021 – Efroud/Erg Chebi Camp
Today we drive the Tafilalt Valley and continue to the highest dunes in Morocco the dunes of Erg Chebi. Here we will meet our Berber guides and camels for a ride into the dunes. Here you will enjoy this vast natural wonder of rolling sand and endless vistas. We reach our luxury camp in the desert. This is a fantastic and unique experience. The Camp is complete with beds, bathroom, showers, etc. A fun evening under the desert sky.

Day 9: March 10, 2021 –Erg Chebi Camp
Another day to in the desert when we will head into the dunes to do some landscape photography

Day 10: March 11, 2021 –Erg Chebbi/Erfoud/Dades Valley
This morning you will wake up early to see the sunrise over Erg Chebbi. After breakfast we drive to join our vehicle and continue along the Dades Road “ the road of Casbahs”. En-route stopping in the villages of Tinejdad and Tinerhir. In the evening arrive in the Dades Valley.

O/N Xaluca or similar (B,L,D)
At an altitude of 1612 meters, surrounded by majestic mountains at the very spine of the Atlas range, the Xaluca Dades Hotel, enjoys a panoramic view of the Dades Valley, sprinkled with friendly Berber villages and snowy peaks. Hotel Xaluca Dades offers 106 beautifully designed, welcoming rooms, exquisitely decorated with materials from different African countries. It is a real paradise in the middle of the mountains.

Day 11: March 12, 2021 – Boumalne Dades/Skoura/Ait Benhadou
Today will be a special day to explore and enjoy this incredible valley of the Roses. You will have the chance to walk through orchards, explore ancient villages and discover the area’s dramatic rock gorges. Along our scenic historic dessert route we encounter the ochre colored Kasbah of Tifoultoute and enjoy lunch in Ouarzazate. In the afternoon visit one of the most stunning and famous Ksars in south Morocco, Ait Ben Haddou, a citadel-like village where scenes from Lawrence of Arabia, The Man Who Would Be King, and Gladiator were filmed. Enjoy a walk through this picturesque and historically significant kasbah.

O/N Riad Maktoub or similar (B,L,D)
Located opposite the Kasbah of Aït Ben Haddou, classified as World Heritage of Humanity, Abdellah Hassoun welcomes you in his riad restaurant Maktoub: an ideal setting as a base for excursions in the region, a traditional adobe riad, a restaurant with generous cuisine and excursion services for an unforgettable discovery of the region.

Day 12: March 13, 2021 – Aït Ben Haddou/Marrakech
After breakfast we drive trough one the beautiful valley of Ounila, some stops on the way to get some pictures. We then head to Marrakech through the Tichla Pass.

Day 13: March 14, 2021 – Marrakech
With the High Atlas Mountains as its back drop Marrakech is an extremely charming city. Known as the “red city” due to its rose-tinted buildings, Marrakech is alive with activity. For centuries it was a central market place for Berber tribes and today its 11th century medina and central square (the Djemma el Fna) are bustling with lively markets, snake charmers, and even fire eaters.

Our morning begins exploring the Bahia Palace. A grand mansion built in the late 19th century the Bahai Palace’s garden, carved stucco, and ornate tile and wood work are classic examples Moorish-Andalusian style. Later we continue to the neocropolis of the 16th to 18th century Saadian Tombs. After the tour the remainder of the morning is set aside to explore Marrakech’s souk. A true extravaganza the medieval market is filled with open air food stalls, story tellers, jugglers, acrobats and musicians

Day 14: March 15, 2021 – Marrakech/Casablanca
Those not taking the extension to Essaouira return with a guide to Casablanca where they will spend the night before their flight back home. 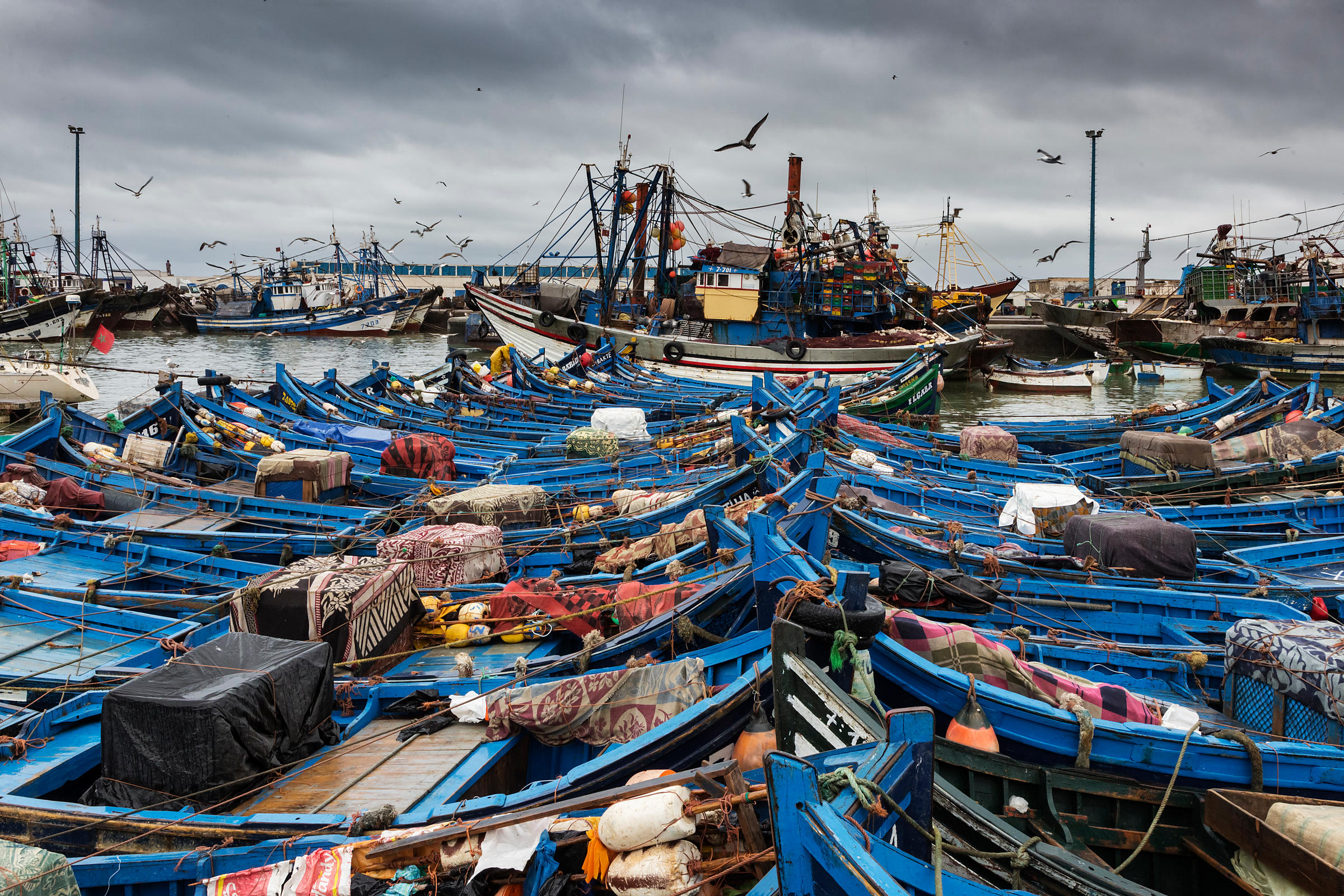 ​Day 14: March 15, 2021 –Marrakech/Essaouira
Transfer to Essaouira, after lunch, visit this beautiful city “ ancient Mogador."
Essaouira
It is the coastal wind – the beautifully named alizee, or taros in Berber – that has allowed Essaouira (essa-weera, or es-sweera in Arabic) to retain its traditional culture and character. For most of the year, the wind blows so hard here that relaxing on the beach is impossible, meaning that the town is bypassed by the hordes of beach tourists who descend on other Atlantic Coast destinations in summer. Known as the ‘Wind City of Africa’, it attracts plenty of windsurfers between April and November, but the majority of visitors come here in spring and autumn to wander through the spice-scented lanes and palm-lined avenues of the fortified medina, browse the many art galleries and boutiques, relax in some of the country's best hotels and watch fishing nets being mended and traditional boats being constructed in the hugely atmospheric port – Lonely Planet

​O/N Riad Mimouna or similar (B)
The Mimouna is a traditional riad close to the ocean. It offers quiet rooms and a large terrace with panoramic views of Essaouira.​

​O/N Riad Mimouna or similar (B)

Day 16: March 17, 2021 – Safi/Oualidia/El Jadida
After Breakfast, we drive to the north to Casablanca stopping for lunch in Oualidia. And then to El Jadida.

On the way to our Riad we will visit the Portuguese cistern. In the center of this underground space is a small and overflowing pool that leaves much of the floor covered in a thin layer of water. Overhead is an oculus, open to the sky. The combination of the water on the floor and the light from the ceiling creates beautiful and spooky reflections and shadow-play. The vaulted ceiling, rows of columns and a lot of echoes complete the overall effect of eeriness.

El Jadida
The Portuguese fortification of Mazagan, now part of the city of El Jadida, 90-km southwest of Casablanca, was built as a fortified colony on the Atlantic coast in the early 16th century. It was taken over by the Moroccans in 1769. The fortification with its bastions and ramparts is an early example of Renaissance military design. The surviving Portuguese buildings include the cistern and the Church of the Assumption, built in the Manueline style of late Gothic architecture. The Portuguese City of Mazagan – one of the early settlements of the Portuguese explorers in West Africa on the route to India – is an outstanding example of the interchange of influences between European and Moroccan cultures, well reflected in architecture, technology, and town planning.

Day 17: March 18, 2021 – El Jadida/Casablanca
After breakfast, drive to Casablanca. For those that wish to do so, we will head out to shoot a sunset of the Mohammed V mosque at sunset

Average Weather in Morocco in February

Morocco has a warm year-round climate thanks to its location in North Africa with the Sahara Desert in the south. There are some great places for a winter holiday, with many parts of the country getting lots of sunny, dry weather at this time.

Climatic regions
There’s differing weather across Morocco because of its geography. Coastal spots are mainly Mediterranean, while the North Atlantic coast is a bit cooler due to the Canary Current. The Sahara means temperatures soar in the south, while places inland, such as Marrakech, are also hot as there’s no sea to cool things down. 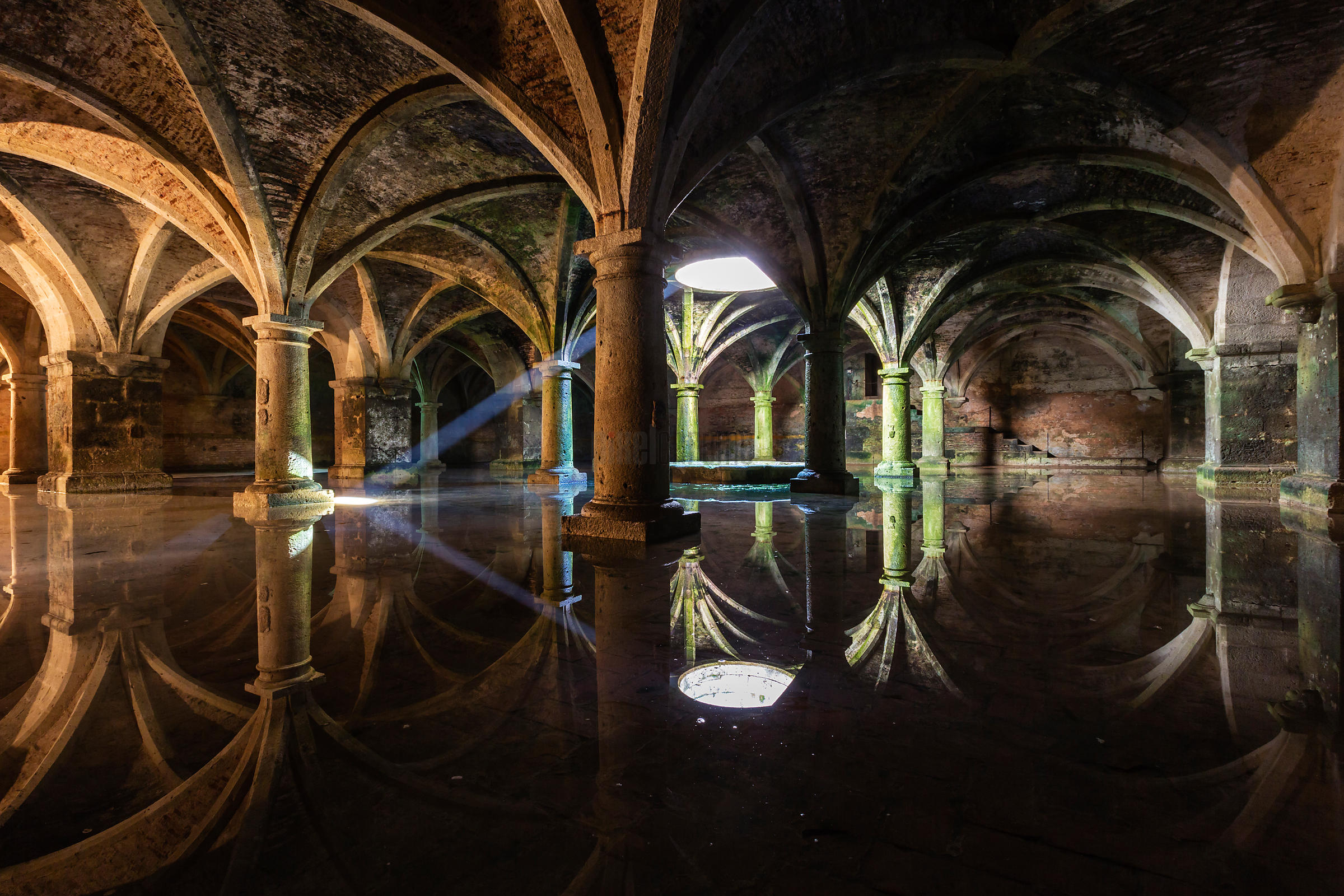